One thing I’ve noticed…we call marginalized groups “brave” as if what they do in overcoming barriers is good for them. Like it makes them better people or something.

It doesn’t. They’re ordinary people, like you and me, forced to jump hurdles neither you nor I nor them, in many cases, want to jump. That’s the hard truth. It doesn’t “produce character” in most circumstances. It just makes life harder for them. They aren’t there for OUR inspiration. They’re their because THEY want to live, same as you.

It wasn’t like they chose the life they had. They didn’t sign up to be marginalized as a character-training exercise. It’s something that happened TO them, and they HAVE to do what they do, oftentimes, in order to survive with the dignity they want, which is the dignity everyone wants.

Like…I just think this whole thing about marginalized groups being “brave” or something marginalizes them even more. They’re just regular people, y’know?

I dunno. I just learn that time and again. Every time I think someone treated as a second-class citizen is, like, extraordinarily brave or something, eventually I find out that underneath it all they’re just a regular person, and the way they are treated differently is just out-and-out ugly and unfair, and there’s nothing particularly inspiring or cute about it.

Fighting for equality is the answer, not smiling at fake inspiration. 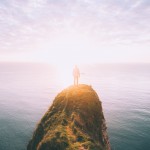 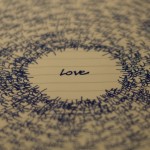