How Much White Guilt Should You Have?

How Much White Guilt Should You Have? June 15, 2017 Martin Hughes

Defending the truth is not something one does out of a sense of duty or to allay guilt complexes, but is a reward in itself. — Simone De Beauvoir

Guilt is not a response to anger; it is a response to one’s own actions or lack of action. If it leads to change then it can be useful, since it is then no longer guilt but the beginning of knowledge. Yet all too often, guilt is just another name for impotence, for defensiveness destructive of communication; it becomes a device to protect ignorance and the continuation of things the way they are, the ultimate protection for changelessness. — Audre Lorde

In answer to, “Do you really think I should feel guilty for racism in the past that I wasn’t responsible for? Then why do you keep bringing it up? We’re all one America now. Isn’t it time to move on?”

Here’s the thing, white people: When I talk about the history of blacks in America, I do not need your guilt. I do not want your guilt. It’s so often creepy, inappropriate, and even chillingly frightening.

When a lighter-skinned cop shot a black man in a Facebook Live video once, he felt guilty and kept saying he was sorry. And as the girlfriend tries to calm the cop down, with her shot boyfriend bleeding to death in the front seat, you see the cop’s attitude change. Denial, guilt, panic, anger without even calling the ambulance, while the man he’s shot bleeds to death, with his girlfriend’s daughter in the car seat in the back looking and the girlfriend keeping her calm to convince him to calm a goddamn ambulance. Meanwhile, he’s protesting that the shooting was justified in a panicked attempt to contain himself from crippling guilt. It’s all about him and his guilt.

And then, with guilt-fueled anger, he takes the woman out the car, and jails her overnight without food or drink. Or so she claims, cuz no one believes her when she comes out crying the next day.

No one in that car gave a damn about how guilty that cop was. When white people start asking about how guilty they’re supposed to be, it scares the hell out of a lot of us. Some of us think we can use that guilt to produce change, it’s true. But I’ve seen that, sooner or later, the guilt fuels resentment, which creates anger. It’s like a ticking time bomb. Because I wasn’t there in the history that makes them feel guilty, the damage is done, and the consequences are ongoing. I can’t erase the offense they feel guilty for, because the consequences are still happening in serious ways that force me to keep recognizing and understanding the offense so I can figure out how to break the cycle.

I just want you to acknowledge that it happened, that it’s American history as much as (if not more than) anything else, and that it should be respected. I just want you to honor the black slaves who built this country as much as, if not more than, you honor the founding fathers. I want you to get far away from the lie that somehow the mistreatment of ten percent of this country over hundreds of years is something to be buried and forgotten in favor of the rosy-cheeked, whitewashed, overglorified phony history many in the South are fighting tooth and nail to teach your kids.

The cold, hard truth is that the history of blacks in America is ugly. There are heroes in it, too. But a lot of it is ugly and continues to have ugly consequences. And we got to deal with it, instead of being like that cop wringing his hands worried about how guilty he should feel.

What can you do? Start by showing some respect to that part of society and what they have done for this country, instead of always stuffing it in a past that for some reason we need to forget. Stop worrying about being guilty and start being understanding.

And don’t expect every black person to be a walking encyclopedia of all things black. We blacks live in a culture, a stereotype, that is largely crafted out of the insecurities and fears of white culture. So identify those. Study yourself — not out of guilt, but to understand the true makeup of America.

I am not interested in taking away your guilt, or helping you do penance for it, or even getting into an argument as to how guilty you should feel, or if you should feel guilty at all. Guilt has nothing to do with it — and it causes so many problems, that I’d prefer you just abandoned it.

All I’m asking is for you to give our place in America — over the last 400 years of sweat, tears, and backbreaking labor — the respect it has earned. 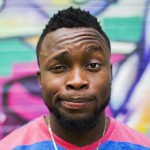 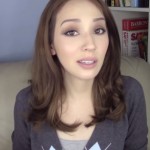 June 17, 2017 A Case Study in Ignorant YouTube Racism
Recent Comments
0 | Leave a Comment
"This is nice content. Actually in this world, education is very important for us and ..."
Ajay Kamboj Why do Christians who rarely read ..."
"The essence of the story is that before the eating of the apple, Adam and ..."
Rich Faussette Eve Is My Hero: An Atheist’s ..."
"God's Holy Spirit helps us understand His Word. His written word is the story of ..."
m cormier Four Things CS Lewis Said About ..."
"Once you read the Bible multiple times, you can see it inerrant. Who cares what ..."
Dr. Jerry Fowler Four Things CS Lewis Said About ..."
Browse Our Archives
get the latest from
Nonreligious
Sign up for our newsletter
POPULAR AT PATHEOS Nonreligious
1