My housemate, Mike, died. I have a few housemates, as my landlord owns the house I’m in and the one next to mine. I guess, technically, Mike wasn’t my housemate, as he lived next door. But we’re all part of the same acquaintanceship, more or less.

I didn’t know him well. He was thin, around sixty, had a brown dog. Negative person. Always complaining about health problems until the ambulance came and took him away for liver problems and he died in a hospital room. Or at least, that’s what we think. To my knowledge, no one came to visit.

He lived in that house with another person, an older woman. They did not get along. She always complained about him. We were suspicious when, after he died, she took all his stuff out his room and sold it, claiming he willed it to her via word of mouth.

We asked around about his family. We found out he had an ex-wife, kids. They had disowned him several years ago and apparently his death meant nothing to them. We don’t know why. He’s not around to tell his side of the story.

I asked a couple of my other housemates where he worked. He was a barber, I found out, at the local base. He didn’t have a car; he biked to work when he was healthy. We talked to his boss, and his boss said Mike had no friends; didn’t know anybody.

A stranger came to the house a couple days after he died, claiming to be the closest to family Mike had. She said he had once lived with her and her boyfriend. I had to go to work, but I took her to talk to the woman who had been Mike’s housemate.  She was eying the stranger suspiciously as I stepped away.

One of my housemates, a guy in his late fifties, said that we should set up a memorial service for him. He had converted from 17 years of being a Buddhist to the Greek Orthodox Church about a year ago, so the idea of a Christian memorial service seemed fitting to him. He asked if I’d attend, even though I was an atheist, as it would be a religious ceremony in order to respect Mike. I said that of course I would, but they didn’t say when it was so I missed the date when it came around.

I found out about the memorial second hand. The landlord was there and joked about how he’d have to clean out Mike’s room. The guy who set up the service, the fifty-year-old, said a prayer. Another guy played the guitar in the quiet evening and they sang a few random songs and drank beer.

The state buried him in an unmarked grave two feet deep in a cheap box on a government plot; no one can visit him without trespassing.

And that was it. No funeral.

Me and my younger housemate, the petroleum engineer in his early twenties, listened to the story. The young housemate fumbled for a phrase that would sum it all up, some deeper meaning.

I tried, too; we failed.

We agreed it didn’t make sense to say it was shitty, because Mike was dead and didn’t care.

We eventually agreed that there isn’t any moral; it is just what it was and that is all. 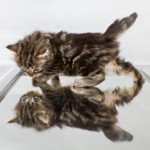 April 17, 2016
"What You Say About Somebody Else Reveals You": On Discrimination Against Atheists and Trans People
Next Post 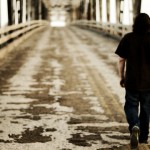 May 3, 2016 This Isn't (Just) About Sarah Morehead
Recent Comments
0 | Leave a Comment
Browse Our Archives
get the latest from
Nonreligious
Sign up for our newsletter
POPULAR AT PATHEOS Nonreligious
1