No, It’s Not Like Being Trans: 5 Thoughts on Rachel Dolezal

In case you’ve been hiding under a rock the past couple days, there’s a woman named Rachel Dolezal who has been posing as black — working as a leader of the NAACP, going to Howard University (nicknamed “the black Harvard”) on a minority scholarship, speaking out about racism against black individuals, claiming to be the victim of hate crimes — who has recently been exposed, via an interview, as white.  If you want a good, thorough overview of the situation, along with the videos and documents associated with both sides, The Daily Mail seems to have the most comprehensive overview of what’s happened up to this point.  So rather than rehash those details in a less thorough fashion, I’ll just leave those who need to catch up this link.

In response to common controversies among those familiar with the story, I’d like to say five things:

1. First of all, gender dysphoria experienced within the trans community and race passing as done by Rachel Dolezal are in two completely different categories in most, if not all, instances, biologically speaking. Trans individuals literally tend to have have a different brain structure that does not correspond to their assigned-at-birth gender, as several studies have shown. Take this one, for example. Also, there’s this one. Another relevant study is here. In addition, you might want to consider this one, conducted by a half-dozen researchers.  Then there’s also this one, conducted by a baker’s dozen. For those who remain unconvinced, I’d like to present this one, as well. Another recent study also indicates this is the case. And in addition, there’s this one. And then there’s…well, I could go on, but The Wall Street Journal gives a good overview of the issue if you need a summary.

Because of these brain-based biological differences in trans people overall, which there is no evidence of in race passers, comparing gender dysphoria to race passing is like comparing apples and oranges before you even get started.

2. Switching gender can often go both ways at approximately the same rate; switching race usually can only go one way. A white person can become black in appearance through tanning, etc. It is much harder for a black person to become white in appearance.  As The Huffington Post put it:

As a white woman, Dolezal retains her privilege; she can take out the box braids and strip off the self-tanner and navigate the world without the stigma tied to actually being black. Her connection to racial oppression is something she has complete control over, a costume she can put on — and take off — as she pleases.

3. There is a long history of black people “passing” as white because they are white in appearance. The concern here is the way it forces you to disown families — unlike being trans. In these cases, family members are invariably involved — including, in many ways, her adopted black family members. This perpetuates fraud. Gender is a much more personal choice that does not involve disowning family members.

I have a young nephew with a black mother and white father who is white in appearance.  It would be a tremendous affront to us for him to grow up and forsake his family in an attempt to pass as white.  This is completely different from the possibility that Malachi will turn out to be trans, resulting in a gender identification that would only involve one person and not involve denying family members their legitimacy.

4. The reasons behind why Rachel made the decision she made are unclear. If she did it solely to make money, that is vastly different from if she did it to help black individuals. I’m waiting till more facts come in regarding this to figure that part out.

5. Trans individuals undergo severe discrimination — 40% of them attempt suicide, a rate 9 times higher than the national average. They also have higher rates of rape, homicide, and depression. They LOSE privilege by publicly identifying as trans. By all accounts, Rachel seemed to have gained it — and been able to retain her privilege by switching back, at will.

Updates in these remarks may be posted as the conversation continues to develop. 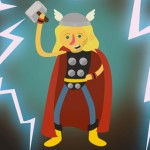 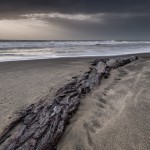