Dr. Jill Stein (who got her MD from Harvard Medical School) does not support homeopathy, contrary to some clickbait headlines. The Green Party does. But not Jill Stein herself.

When asked about homeopathy, she hinted that she was against it by stating:

For homeopathy, just because something is untested doesn’t mean it’s safe. By the same token, being “tested” and “reviewed” by agencies tied to big pharma and the chemical industry is also problematic. There’s a lot of snake-oil in this system. We need research and licensing boards that are protected from conflicts of interest. They should not be limited by arbitrary definitions of what is “natural” or not.

She then stated that the problem is that testing is tied to “big pharma” — leading to distrust of the testing process. The solution, in her mind is to separate the profit motive from testing — not just for homeopathy, but for all medicines. This is not an endorsement of homeopathy — it’s an attempt to diagnose why people are prone to trust homeopathy over more effective treatments, and it uses the issue of people using homeopathy to address the larger problem of medicines testing being tied to profit interests. Her statement that “there’s a lot of snake-oil in the system” ties the issue of homeopathy to other problems in big pharma testing that may decrease trust in medicine and can lead to ineffective treatments.

To say, as some are insisting, that this means that she is in favor of homeopathy is simply not true. As I explained, her viewpoint is far more nuanced.

The Green Party, it is true, does support the homeopathy. They stated once:

We support the teaching, funding and practice of holistic health approaches and as appropriate, the use of complementary and alternative therapies such as herbal medicines, homeopathy, naturopathy, traditional Chinese medicine and other healing approaches.

When asked about this platform, Jill Stein did admit that it was problematic, and then used it to talk about the larger issue of ensuring that testing is not tied to profit interests:

The Green Party platform here takes an admittedly simple position on a complex issue, and should be improved.

I agree that just because something’s untested – as much of the world of alternative medicine is – doesn’t mean it’s safe. But by the same token, being “tested” and “reviewed” by agencies directly tied to big pharma and the chemical industry is problematic as well. There’s no shortage of snake oil being sold there. Ultimately, we need research and licensing establishments that are protected from corrupting conflicts of interest. And their purview should not be limited by arbitrary definitions of what is “natural.”

Hardly in favor of homeopathy. And her push did lead to some revision of that platform. It now reads:

The Green Party supports a wide range of health care services, including conventional medicine, as well as the teaching, funding and practice of complementary, integrative and licensed alternative health care approaches.

Not even a direct mention of homeopathy there.

By the way, although the party platform of the 2016 Democratic party is still being drafted, the 2016 California Democratic Party — which supposedly is somewhat representative of general attitudes of Democrats — states the following:

California Democrats will…support generally accepted holistic healing practices and alternative medicine, particularly those areas licensed by the state such as acupuncture and medical cannabis and utilized to relieve intractable pain without the side effects of conventional controlled drugs.

Also, Hillary Clinton herself embraces “functional medicine” via her relationship with Dr. Mark Hyman, which is widely regarded as a form of pseudoscience. This has been covered by The New York Times here .  So, whereas, Jill Stein, who has an MD from Harvard Medical School, has never directly supported the quackery of pseudoscience, Clinton has actually engaged in using it.

Hopefully this set the record straight.

P.S. I have a Patreon, in case you want to help me do what I do. 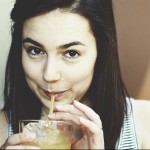 July 12, 2016
27 Answers to 27 Ignorant Questions Some White Guys Had for Thinking People
Next Post 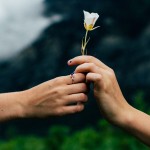 July 14, 2016 Why I Don't #PrayForNice
Recent Comments
0 | Leave a Comment
Browse Our Archives
get the latest from
Nonreligious
Sign up for our newsletter
POPULAR AT PATHEOS Nonreligious
1