Quiverfull Trust Issues: The Oldest Son From A Quiverfull Family Reflects On The Duggars

Quiverfull Trust Issues: The Oldest Son From A Quiverfull Family Reflects On The Duggars May 23, 2015 Martin Hughes 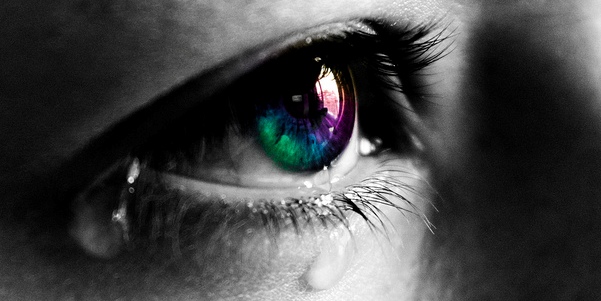 Although I’m a pretty vocal antitheistic atheist, I have to admit I feel a little out of place surrounded by many progressive Christian and atheist responses to the Josh Duggar discussion.  For awhile I just ignored the story, hoping it would blow over.  But it’s still going strong. And I have some things to say, so I’m going to go ahead and push through these tears and type them.

I wish I could join with the jeering and the glee.  I really do.  It would be easier than what I’m feeling right now.  But I grew up Quiverfull, as the oldest in a family with seven kids (including six younger sisters, and I would never dream of doing anything with them remotely close to what Josh Duggar did) so this story hits closer to home.  I don’t write about growing up Quiverfull often, because people think they get it when they don’t. It’s a world very few people who haven’t experienced it seem to understand, but I’m going to give it another shot.

The main thing most people don’t seem to understand is that there is a deep sense of trust that the principles you learn from the Advanced Training Institute (ATI) and other Quiverfull resources will make your family better.  You genuinely trust that it will make your marriage stronger, your relationship with your children richer, your children’s relationship to their parents and to each other far better in quality than anything the rest of the world is doing. I know this because of my own parents’ enthusiasm, which was passionate enough enough to influence several other families to become Quiverfull.

I think that’s what a lot of people don’t get. Being a fundamentalist to that extent is hard work.  These are people who often invest more time and energy into their children than most people do (the indoctrination is a full-time job for mom, especially), although it is clearly invested in the wrong direction.  I don’t think anyone should follow their example, but the parents often deeply love their children and trust that what they are doing is best for them.

And while they are caring for their children in the way they have been convinced to think is best, they frequently experience a lot of backlash.  People are constantly telling them that they are ridiculous and silly for following God in the ways they are trying to do so.  They always have Something to Prove.  The pressure is overwhelming, at times.

So, as I grew up the oldest in a family of seven who was raised Quiverfull through high school, this was my life. I wouldn’t call it torture for me to grow up Quiverfull (as it obviously was for the Duggars and many others — although it was difficult), so much as it was just what I knew, what I trusted, and what I thought was right.  It took me about ten years after leaving a Quiverfull environment to gradually leave religion altogether.  I was painfully wrong.  But I know, I think, what it was like to be wrong and not know it.

What I’m going to say here may be somewhat controversial.  I’m as antitheist as they come in many ways, but I understand, I think, why the Duggars did what they did.

It’s like this:  When you’re Quiverfull, you feel like you’re part of something bigger and grander than yourself.  You’re a cog in a larger machine, so to speak.  And you feel, constantly, like maybe you don’t belong — but at the same time, you have to belong.  Because this operation, when everything is working smoothly, is the fulfillment of all the best things about humankind.  The ideal is much like a duck or a pocketwatch — on the outside, smooth, graceful, and working, but for that beautiful picture of tranquility and simplicity to be maintained, you have to work furiously underneath.  That picture of tranquility and simplicity — you’re trying to perpetuate it; it’s what you believe in.  You’re in love with it, and it dominates your vision — kinda like a bright light shining directly into your eyes, blinding you to the imperfections.

And in the midst of the joy, beauty, discipline, and dedication to make this all work, inconsistencies look like setbacks.  Maybe you don’t have the perfect family beneath the smooth exterior — but the problem is not with the overall system, which is beautiful and serene and perfection incarnate.  The problem is with your operation of the machinery.  So you try to take care of everything quietly, behind the scenes, in order to protect the overall picture, because you still believe in it.

That’s why, when your son molests an underage child, your first thought is, “How is this going to ruin the overall picture?”  Not just for those on the outside looking — you’re lying to yourself, arguably, even more than you’re lying to the outside world. You don’t want to stop believing that this life you’ve dedicated so much time and energy to doesn’t “work” the way it’s supposed to, so it’s hard for you to see the mistake as being significant, let alone encourage the rest of the world to see it that way.  No, it’s a small tweak in the machinery that needs to be adjusted…

Now, that’s terrible.  I’m not saying it isn’t.  But what I am saying is that if we are going to go beyond gleefully laughing at the problem and towards actually diagnosing and solving it, it helps to know the nature of the beast we’re working with.

As psychologist Dan Ariely put it:

If somebody from our in-group cheats and we see them cheating, we feel it’s more appropriate, as a group, to behave this way. But if it’s somebody from another group, these terrible people — I mean somebody we don’t want to associate ourselves with, from another group — all of a sudden people’s awareness of honesty goes up and people cheat even less.

The way the parents responded indicated that this is the case.  The horrendous double standard they have here in seeming hand-wringing over the possibility of lgbt individuals engaging in child abuse, for example, shows the difference in judgment in high relief. Also, their hesitance in dealing with the issue indicated that they wanted to keep it under wraps. They saw their son’s behavior and thought it wouldn’t happen again.  Then they went to their in-group, the elders in their church, when it happened again.  As it kept happening, they went to Jim Hutchens, an Arkansas state trooper who happened to be a family friend…and who is also in prison for child pornography at the moment.  They “punished” their son via labor for another family friend and swept it under the rug.  All of this shows that they were trying their hardest to keep the machinery going.

And I know how beautiful that image they believed in looks, I know how hard those parents worked, I know how much trust they placed in a system that doesn’t work, because I grew up in it and had several friends who did as well…

So I look at this as a mess, as sad all around, and as horrendously complicated in its raw simplicity.

There are two fixes that I don’t think will work, completely.

One is a forgiveness that encourages people to pretend that what happened didn’t happen — and that, worse, perpetuates the hypocrisy by seeking to cover up moral transgressions in the in-group while exposing them in out-groups.  No. We need to take a careful look at the Quiverfull movement, because things like this are a bit of a trend.  We need to see if this issue is systematic (as it seems to be), and we need to help the victims, and we need to remind the Fundamentalists that double standards are unwarranted.  We can’t forget what happened.

The other is to laugh and jeer.  And as someone who grew up Quiverfull and was laughed and jeered at, along with the rest of his family, for growing up that way, I can tell you that this will do a lot of harm and will only cause the families to craft a harder shell and retreat further into themselves.

What I wish would happen is understanding.  And trying to mend all the wounds — especially those of the abused — without ignoring them or forgetting they are there or trying intentionally to put salt on them.  I’m not saying that we’re morally obligated to do that; we aren’t.  But I do think, possibly, that if we’re going to get the Quiverfull community out of the shadows, some understanding may be needed.  Something that tells them that if they leave the movement, there are people they can trust.

I’m not sure I would have left myself if I had never known that. 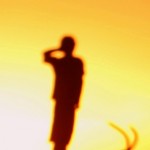 May 23, 2015
I'm Not Going To See Him In Heaven: An Atheist's Thoughts On Memorial Day
Next Post 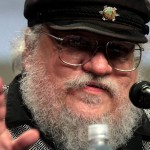 May 26, 2015 What Inspired The Religion On Game Of Thrones That Punishes Homosexuality?
Recent Comments
0 | Leave a Comment
Browse Our Archives
get the latest from
Nonreligious
Sign up for our newsletter
POPULAR AT PATHEOS Nonreligious
1