Is racial separation segregation when black people do it?

Is racial separation segregation when black people do it? February 13, 2018 Martin Hughes

Every once in a while, you hear people talk about how black people wanting to separate from white people in black-only spaces is “reverse racism” or a form of segregation.

That…is an oversimplification. Let me explain to you why.

Segregation was never about “separate but equal.” It was about separating black people from society — not so they would thrive on their own, but so that it would be easier for white America to keep them in a (morally, physically, socially, economically) inferior position.

When we actually DID thrive on our own, riots happened, started by white people. The largest riot in our history was not, by a long shot, Ferguson. It was in Tulsa, Oklahoma, in 1921, when white people famously burned to the ground a “Black Wall Street” that had the black side of town doing better than the white side of town, leading to a loss of millions of dollars. Shops, lawyers’ offices, movie theatres — the whole bit. Burned to the ground.

The black communities have a long history — not of being separated from white communities, but of being policed by the police. Not to help them, but to imprison them through, possibly most significantly, the war on drugs. It is the reason we have the highest incarceration rate in the world. White America wanted to keep black people inferior.

“But,” you say, “I’m not like that. I empathize with your struggle. I love black people.”

Well, maybe you do. But it’s hard to trust you. Because you know who else said it? Everyone, just about. Slave owners. Segregationists. Those leading the war on drugs. Everyone carrying “Blue Lives Matter” signs. Almost everyone who voted for Trump.

Hell, even Richard Spencer says he would never say, “I don’t like black people.”

So it’s hard to take your word for it.

So maybe, instead, you rub your hands worriedly, anxiously, thinking about how you can solve the problem.

That problem is yours. I am not the problem. The problem is not merely that a border was erected, between me and you — the problem is what that border DOES, historically and currently, in keeping black people in an inferior socioeconomic position.

It should come as no surprise to anyone that many black people think, as several have thought historically, that the best solution to this cycle that creates the category of “black” as an inferior position is to walk away from fighting the barrier itself to fighting the inferiority the barrier seeks to perpetuate.

But I think that scares white people.

It scares them, partially, because some white people genuinely love some black people and they are afraid of the barrier. That’s understandable.

Those fears are, to some extent, well-founded.

There are few things more dangerous to the concept of whiteness, it seems, than a strong offensive led by black people that is unapologetic about its decisions to strip white people of leadership positions in its movement, that indeed at times segregates white people from its halls without embarrassment, that seeks to empower and build pride in the concept of blackness.

But in a world where we have been betrayed repeatedly, it is tempting to say that this switch in focus — from integration to black empowerment — may be necessary.

And to have that anger validated, to have it grow, to use it to fuel actions we perform among ourselves and use to change this country — that’s a beautiful thing. Away from the incessant, desperate apologies from white people who push for premature forgiveness, you can have your grievances validated, your concerns expressed.

This isn’t abstract. I have known people, personally, who have worked hard in offices with supposedly “woke” human resources departments and managers and coworkers…who have experienced a disturbing degree of racism. Talk about it with white people, and they start getting anxious. Are you sure, they often say, that it was racism?

It’s exhausting. You were just humiliated by white people you thought you trusted for years, and now you go to your white friend and have to experience more skepticism.

Talk about it with your black friends and, more likely than not, you’ll get a hug. You’ll get empathy. You’ll get understanding, because they know — they experienced it. You may get a hookup on another opportunity, even. And that empowerment, that validation, is needed, whether it scares white people or not.

But to have those spaces…sometimes its safer to have white people leave the room, because their interference often has consequences.

That’s not old-style segregation. The person who is the source of enforcing the segregation is the one who has the power to set its terms. And right now, because of inequality, black people need the empowerment.

The segregation is already happening, controlled by a white America that gives our children inferior opportunities. To deny our right to control the separation is to perpetuate the dynamics of the separation that exists. Whenever we separate ourselves into black-only spaces, we are showing that we recognize the separation and that the real fight is over who controls the terms of that separation. When people deny black groups that fight, they enforce the dynamic in which boundaries are policed and used by white society to keep black individuals in an inferior socioeconomic position.

When they respect it…well, in my humble opinion, they’re giving a respect that is long overdue.

PS: Thanks to all 31 of my patrons. I appreciate your support. 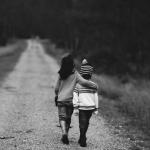 February 8, 2018
Can Atheists and Christians Understand Each Other?
Next Post 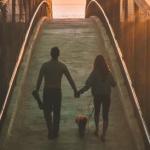 April 17, 2018 Regaining Balance
Recent Comments
0 | Leave a Comment
"This is nice content. Actually in this world, education is very important for us and ..."
Ajay Kamboj Why do Christians who rarely read ..."
"The essence of the story is that before the eating of the apple, Adam and ..."
Rich Faussette Eve Is My Hero: An Atheist’s ..."
"God's Holy Spirit helps us understand His Word. His written word is the story of ..."
m cormier Four Things CS Lewis Said About ..."
"Once you read the Bible multiple times, you can see it inerrant. Who cares what ..."
Dr. Jerry Fowler Four Things CS Lewis Said About ..."
Browse Our Archives
get the latest from
Nonreligious
Sign up for our newsletter
POPULAR AT PATHEOS Nonreligious
1