Christians often seem to make the mistake that their Holy Book gives them magical mind-reading powers to know oh-so-much-more about atheists than atheists know about themselves.

They seem to think this, oftentimes, because their book tells them that, deep inside, we atheists really know that God exists and believe in all the fantastic stuff that they believe in.  We’re just blocking it out, for whatever reason (usually they seem to think it’s because we’re just, like, naturally angry people, or something).

This just in from Captain Obvious: We atheists do not believe in God.

It’s not about being in rebellion against God, because we don’t think God exists.

It’s not about not realizing Christ’s love for us, because Christ is dead (if he even existed).

It’s not about what’s wrong with our hearts, because a heart that isn’t OK with people being condemned to eternal hellfire and isn’t worshipping the fictional God who commanded the Old Testament genocides is working just fine, thank you very much.

It’s not about us being angry at God because, again, we don’t think God exists — what we’re angry at is the harm done by a book of fiction.

It’s not about our parents not raising us right — if we grew up to have a better relationship with reality, that’s a compliment to our family, not an insult.

It’s not about us looking at the Church more than Christ, because Christ doesn’t exist — no, you don’t get to pawn off the church’s issues onto a being who doesn’t even exist.

Many Christians need to get through their minds that 1) We really, truly, don’t believe in God and 2) That means we think Jesus either didn’t exist or is dead.

If you think a book says everything you need to know about me — well, I’ll just leave you to it.

But if you want to drop the christsplaining and have an actual person-to-person discussion about the actual evidence, using logic and reason and not automatically assuming you know everything there is to know about me (including the supposed fact that I wanna have an eternal relationship with zombie Jesus)…I’m waiting.

Have you had any Christsplaining moments?  Let us know in the comments. 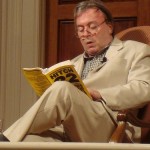 May 6, 2015
Angry Atheists Are Often Angry For Good Reason -- Seek To Listen More Than You Seek To Silence
Next Post 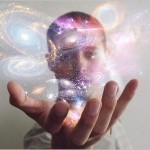 May 8, 2015 It's Not A Phase; It's A Lifelong Relationship With Reality
Recent Comments
0 | Leave a Comment
Browse Our Archives
Follow Us!