The Amazing Atheist Tells His Followers “Vote For Trump”

A while ago, I exploded upon seeing that The Amazing Atheist said racist things, and called him a racist. That got a lot of flack. Recently, however, I’ve moved on from discussing him specifically, for the most part, although I have become more concerned about a growing, increasingly racist section of atheism.

But this crossed my radar.

I will probably not vote. But if you are inclined to vote, I say, “Vote for Trump.”

His argument, basically, is that you should vote for Trump because he’s no worse than any other politician and is pushing Republicans left. If he wasn’t racist and sexist, he would see a clear difference and not encourage people to vote for Trump.

But not only did he encourage them to vote for Trump — he proudly said that he won’t vote. Which galls me. How are we supposed to ensure separation of church and state if we don’t vote? And how do you endorse a candidate who says he’ll violate that boundary with statements like, “When I’m President, we are going to start saying ‘Merry Christmas’ again, that I can tell you”? I mean…what?!

He’s not doing it to support atheism, folks, because Trump would be bad for atheism. He’s doing it because Trump is racist and sexist, and thus pissing off all the people the racist, sexist side of atheism pisses off. It’s not about atheism. It’s about showing off how rude you can be to the most sidelined, marginalized people in this country.

Welcome to YouTube atheism, folks. It confirms what I’ve been saying in the worst possible way.

There is a viciously racist wing of atheism that is taking over much of our internet presence, especially on YouTube. It’s why I don’t say I’m an anti-theist, anymore. I cannot, in good conscience, convince someone loved by a liberal church who is passionate about progressivism that God doesn’t exist only to put them in a group of passionate Trump supporters, or be seen as associating with them.

Here’s the deal: This represents me. Yeah, I know. Atheism is just about a lack of belief in God, you can’t control what other people think, they’re not a hivemind yada, yada, yada. I’ve heard it all a zillion times before. Let’s be real here.

When you raise that Trump flag high on YouTube as the biggest atheist YouTube celebrity in the world, you’re affecting the way people view atheists. I have these conversations with people all the time. Just Thursday someone was talking about how atheists are sexist, racist, etc., for the most part, and when they see the top YouTuber endorsing Trump…it’s not hard to see why.

It pisses me off, to be honest with you. When I tell someone I’m an atheist, I want them to think I love people, as opposed to God. I don’t want them to see me as insulting to women, laughing at rape, racist as hell, proud of insulting every marginalized group I can muster. I don’t want that image. I want to be as far back away from it as I can, because that’s not me. And yeah, I know they would agree — they’re their own people, etc. But this is important. Like, if we don’t want to be branded like this, we have to take a stand.

I am not going to idly stand by and not call out an atheist community of racist, sexist, bigoted-as-hell Trump supporters.

And if you have a problem with that, do your worst. But this is too far.

P.S. I have Patreon, if you want to help me keep writing. 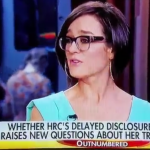 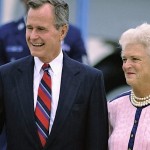 September 20, 2016 George H.W. Bush is Voting for Hillary Clinton
Recent Comments
0 | Leave a Comment
Browse Our Archives
get the latest from
Nonreligious
Sign up for our newsletter
POPULAR AT PATHEOS Nonreligious
1