The story of how The Amazing Atheist backed out of a debate July 10, 2016 Martin Hughes

I’d like to tell you the story of how The Amazing Atheist (TJ Kirk), who has publicly criticized me repeatedly for my claim that he has made racist statements, backed out of a debate. Not just refused. Backed out, after he said he would debate if I met certain conditions (which I met). He didn’t back out because of logistics. He backed out because he did not want to defend his side of the debate.

To back out because you don’t like the question at the outset is one thing. But this wasn’t the case — he AGREED to the subject of the debate, at first, pending my fulfillment of logistical requirements he set up. Why chicken out when all his conditions were met?

Let’s start at the beginning.

On June 29th, I wrote a blog post calling The Amazing Atheist racist for saying black culture was “almost a victim cult.” I had seen a video and was upset by it. I honestly wasn’t expecting more than the usual 2000 people or so to read it.

I answered back with another blog post detailing why I thought his second comment was more racist than the last. I included facts, data, and so on.

He read it. Then, in response, he started a pm conversation on Facebook that went on for five hours (I’ve now talked with The Amazing Atheist about six times more than I’ve ever talked with Steve Shives in my life). This discussion eventually ended with neither of us convincing the other, although we knew each other’s position better.

Still, afterwards, he mentioned me AGAIN in a video in which he discussed his grievances with Steve Shives, despicably stating that I called him racist without discussing any of the context.

During this time, I noticed that people on my blog, on reddit, and elsewhere stated that I should have a debate with The Amazing Atheist. Personally, I appreciate the chance to defend a position that I still hold, especially when it is being criticized by over a million subscribers in an arena where I can do little to talk back.

Initially, I realized that I do not want to talk about it on The Amazing Atheist’s channel for free. I know that criticizing me has, all told, probably made him over $1500, total, so far — all of it going towards supporting the very views I am so strongly against (for those who say I’m in this just for the money, please know that, in contrast, I could probably make more, with the time I’ve spent on this, working a minimum wage job). A debate on his channel would have him as my employer and likely make a view I disagree with earn over $1000 more, plus get him more subscribers and make me directly responsible for making his channel even more prominent.

At first, I was open to doing the debate on his channel, still, if he compensated me for my time. But then the idea of being his employee was a sour taste in my mouth, and I realized that this shouldn’t be about the money, and I was also a bit disturbed by the attitude voiced by his statement (however half-joking it was) that “I love to have black men serve me,” so I took the monetary aspect out by proposing a debate on a third-party site (I proposed one, but was open to other suggestions).

At first he turned it down:

Martin Hughes challenged me to a debate (but tried to stipulate I can’t make money off it). I countered with a winner-take-all thumb war.

But in conversations after sending that tweet he seemed to change his mind and said that I could debate him — so long as it was face-to-face, where I could look him in the eye.  I said, “no problem.”

That wasn’t quite true.

Not because I was afraid of sitting in front of him face-to-face, but because the closest he was going to be to me in the next month would have been seven hours away at the end of July, and the end of July is, financially and logistically, pretty close to the most inconvenient time of the year for me to travel.

But I felt I had to do it, somehow, or he would say I was too chicken to meet him face to face, giving him an out not to have the debate (not sure this was his intent, though — in any case, why it had to be face to face, I’m not sure).

So I jumped through hoops and figured out travel arrangements.

He also asked me to come up with a debate format. I came up with one that seemed fair, and presented to him. Then I waited for his confirmation before getting the plane ticket…

After waiting for his confirmation for several hours, he called it off.

He stated that he would not defend the idea that he wasn’t racist in a debate. To be exact, though, the debate is not about whether HE is racist; it’s about whether the blanket statement “black culture is a victim cult” is racist.Which seems strange to me, as he defended it as not racist on his show without me there. But the moment I proposed answering back…he backed down.

This refusal seems strange to me, as he defended the concept that this statement wasn’t racist several times on his show without me there. The moment I proposed answering back, and jumped through all the hoops he set up…he backed down.

The offer is not closed, I have a standing offer to raise $500 for the charity of The Amazing Atheist’s choice if he agrees to the debate (a donation, based on previous offers to help in travel expenses for my debate with The Amazing Atheist, I should be able to raise in the matter of a couple hours, if not seconds), in an echo of his criticism of Steve Shives in which he said at 16:00 here — “Shives has been ferociously critical of Sargon of Akkad, who once offered to donate $1000 to a feminist charity if Steve would simply agree to a public discussion regarding their differences. Steve of course refused to do this.”

So far The Amazing Atheist has continued to refuse that offer, even with the charity money involved.

Now, you might not agree that the blanket claim that “black culture is a victim cult” is a racist statement. OK. We can discuss that separately. But isn’t it a bit disturbing that someone who talks about the importance of communication across ideological lines would back down from a debate challenge AFTER he seems to consent to it? Someone who repeatedly criticizes “sjw’s” for not debating him…why won’t he follow his own principles?

Maybe he knows that saying the blanket statement, “black culture is a victim cult” might sound racist to several people if he had to talk about it with someone who could talk back.

Or maybe he’s just a coward or hypocrite.

My commitment is to breaking barriers of understanding, to bridging divides, and I’ll keep writing to try to do that. I can’t do everything, but I’ll try to help where I can.

Thank you for reading the barrierbreaker blog.

P.S. I know some TAA supporters might be skeptical that this is the way things went down. As evidence it is, he tweeted the article here. And regarding this being unreliable as a creationist, see my evidence for otherwise here, here, here, and here.  He has opinions. I have peer-reviewed studies. And he thinks I’M the creationist here? If you believe that, what can I say? You’re really a die-hard fan. 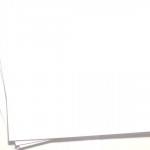 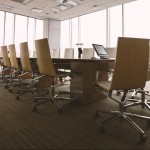 July 12, 2016 Black surgeon for Dallas cops: "The problem is lack of open discussion about race relations"
Recent Comments
0 | Leave a Comment
"Maybe I shouldn’t be asking why a God would do this – after all, God ..."
Steven Watson What This Atheist Learned from the ..."
"lol... of course a lib-tard is gonna say "no way - we don't lose all ..."
Stephen Russell Why That Newsroom “America Used To ..."
"Just declaring Christian Belief Insulting dos not make it Insulting, and twisting it doesn't make ..."
skwills The Christian Obsession With Insulting Atheists
"But, No Evidence that they want this exists."
skwills The Christian Obsession With Insulting Atheists
Browse Our Archives
get the latest from
Nonreligious
Sign up for our newsletter
POPULAR AT PATHEOS Nonreligious
1