Walking Out On Pence: The Best Graduation Speech?

Walking Out On Pence: The Best Graduation Speech? May 21, 2017 Martin Hughes

At a graduation address on Sunday to Notre Dame, Vice President Mike Pence was, for some reason, invited to speak.

As you can see above, several students walked out. About 100 of 1,371 graduates.

It is ironic that, in his speech, Mike Pence goes on at length about the freedom of speech at the campus, and the welcoming of opposing views — in seeming opposition to those who walked out. Free speech does not mean you are owed a captive audience in the environment of your choice — in fact, holding an audience captive is denying the free expression they could show by walking out. Although I would probably disagree with many of my fellow liberals and say that free speech in the classroom is important, and that the university is a place to engage in differing ideas, a graduation ceremony is a different matter altogether, especially when a politician is involved. If your purpose in four long, hard years of education is to go out and make a positive difference in the world, then Trump and Pence may very well be against everything you stand for.

At first, in watching the students walk out, I felt sorry for them. And I think that the fact that Pence was invited to speak was an indictment on the school.

But now, I wonder whether Pence gave these graduates the graduation speech they needed. I’m not saying that it was horrible that he came to speak, and insulting, and the rest.

What I’m saying is this:

I can honestly think of no better time to practice civil disobedience, to stand up in such a bold and public way for your values, than during your college graduation. So much of the time, graduations represent conformity to an established set of ideals, an institutionalized, finger-wagging zenith in which you are told what to do and how to act in your future by authorities. But as these 100 graduates walked out, they left with another realization, and they learned a deeper lesson. They learned that independent thought based on principled virtue is more important than following the rules. They learned to think outside the lines, and to represent what they believe in regardless of repercussions. They learned that the adage “respect authority” does not always apply. Sometimes you have to talk back to authority when it hasn’t earned your respect; sometimes the authority is wrong, and it is up to you to expose why. They learned that if you are bold and stand up for yourself and those you care about, your voice can be a louder one than that of the most powerful people in the most powerful country in the world. They learned how to express free speech on an international stage. And they will learn, as pictures are passed around online (as they likely knew they would be), that sometimes you have to stand up, boldly, and be marked for what you believe in and the values that are healthiest in society, regardless of the long-term consequences. Sometimes it’s up to you to be a leader when the leaders have not lived up to their titles. Sometimes it’s up to you to show the rest of us how to stand up for ourselves and each other.

These 100 graduates are going to go out into the world as independent thinkers, as people who know where they stand and who they represent, as people with unimpeachable values that will not be impaired by authority. And they will look back on this day in the next 25 years or so with pride. I’m not sure I can say the same for the people who stayed in their seats.

I can’t wait to see what this defiance, and what they learn from it, will do to the trajectories of their lives. These are the kind of events that create people determined to change the world.

It’s definitely a lesson I can learn from today. I think that really goes for all of us.

PS: I have a Patreon, in case you want to support this blog. 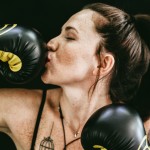 May 21, 2017
When to Start Punching: Notes on Defending Social Justice
Next Post 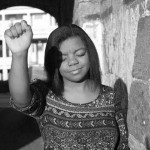 May 22, 2017 Dear White People: Stop Forgetting This
Recent Comments
0 | Leave a Comment
Browse Our Archives
get the latest from
Nonreligious
Sign up for our newsletter
POPULAR AT PATHEOS Nonreligious
1