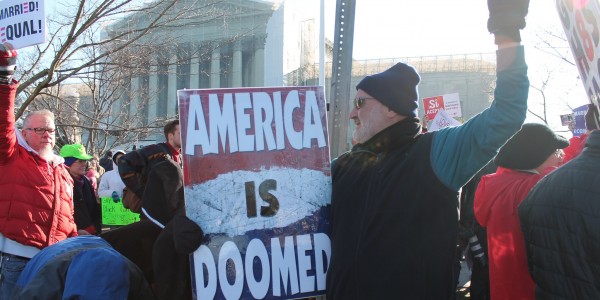 Right out the gate, Westboro Baptist Church tweeted the following:

Their main beef is that some of the congregation supported Hillary Clinton, who supported abortion and supports gay rights.  While their position is despicable, I can see where they got it — the God of the Bible frequently sent armies to punish the Jews, threatening at times to even make them eat their babies if they disobeyed him.  And part of obeying God was stoning men for same-sex sex acts. So it’s no mystery where the WBC got this idea. The glee, however, is disheartening:

God has no end of killers He can send to punish a nation that bows down to fags and flags. https://t.co/OEUT45viw7

To put it mildly, it’s disturbing.  I realize that the people murdered were at a Bible Study, so it may seem in poor taste — but I think it’s important to underline that some sentiments people get from reading certain Bible verses are simply not healthy, and the decision by the WBC is evidence of that.  It also serves as a reminder to continue supporting not only marginalized races, but also women’s rights and lgbtq rights.

So, even as put off as I am by the WBC’s actions, I think that this development can serve as a reminder, however in poor taste it may be. 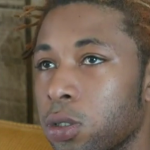 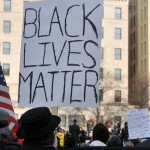 June 22, 2015 Racism? It's History; Get Over It. The Confederacy? It's History; Remember It.
Recent Comments
0 | Leave a Comment
"This is nice content. Actually in this world, education is very important for us and ..."
Ajay Kamboj Why do Christians who rarely read ..."
"The essence of the story is that before the eating of the apple, Adam and ..."
Rich Faussette Eve Is My Hero: An Atheist’s ..."
"God's Holy Spirit helps us understand His Word. His written word is the story of ..."
m cormier Four Things CS Lewis Said About ..."
"Once you read the Bible multiple times, you can see it inerrant. Who cares what ..."
Dr. Jerry Fowler Four Things CS Lewis Said About ..."
Browse Our Archives
get the latest from
Nonreligious
Sign up for our newsletter
POPULAR AT PATHEOS Nonreligious
1

Revisiting Tim Keller's The Reason for God
I don't really care for apologetics books. It's a tedious chore to...
view all Nonreligious blogs
What Are Your Thoughts?leave a comment
Copyright 2008-2021, Patheos. All rights reserved.
error: Content is protected !!