What A Person Is Worth: An Atheist Reads Genesis’s Two Creation Stories

What A Person Is Worth: An Atheist Reads Genesis’s Two Creation Stories November 6, 2019 Martin Hughes

//God said, “Let us make mankind in our image, in our likeness, so that they may rule over the fish in the sea and the birds in the sky, over the livestock and all the wild animals,[a] and over all the creatures that move along the ground.” So God created mankind in his own image, in the image of God he created them; male and female he created them.// Genesis 1:26027

//The Lord God formed a man from the dust of the ground and breathed into his nostrils the breath of life, and the man became a living being.// Genesis 2:7

//I’d like to go by climbing a birch tree,
And climb black branches up a snow-white trunk
Toward heaven, till the tree could bear no more,
But dipped its top and set me down again.
That would be good both going and coming back.
One could do worse than be a swinger of birches.// – Robert Frost

//The universe is under no obligation to make sense to you.// ― Neil deGrasse Tyson

I’ve been thinking quite a bit about how much a human being is worth. Oh, we have all these nice concepts about human dignity, about what it means to be human. Neil Degrasse Tyson can wax eloquent in words that make ears quiver about how we are literally stardust. Carl Sagan has that interesting concept of the pale blue dot. And there is an army of philosophers who are there to tell us who we are. And all this is besides the concepts of who religion tells us we are – souls on the path of enlightenment, children of God, and so on and so forth.

The older I get, the less questions of objective worth and value make sense to me. “Value” is a subjective concept, all the way down to the dregs. We make up “value” based on things we want and desire. I can’t shake the reasoning that value is never something that exists “out there,” as if we could appeal to the ether or some mystical concept for its existence. It is always within us, within our own experience, our own judgment, our own wants and dislikes.

In a way, the search for value “out there” in some objective sense seems an attempt to relinquish responsibility for our own valuations. That’s all the concept of God is to me, really – an attempt by human beings to gain value without taking responsibility for it. Because it’s hard to stand in front of a universe that does not care about you and say, “I’m valuable” and realize that you are the only one who can really proclaim it, and that you are the only one to whom that proclamation can matter. It’s lonely.

And then there’s the other wearisome thing – this whole exercise we do our entire lives of convincing people that we are valuable enough to them for them to give us what we want, from a scrap of bread to zealous respect. It’s all very draining. And God is a nice short cut – no longer do you have to beg and plead to be valuable. This concept of God says you’re valuable, and does it all for you. Or at least, so the preachers claim.

Outside of church, the concept of human value sometimes seems so disturbingly simple: Value is made up, but admitting it’s made up is scary and lonely and forces us into uncomfortable rationalizations, so we make up stories about value so that we can make the concept of value feel less lonely and more universal.

And yet…maybe the concept of us giving value to ourselves doesn’t have to be lonely, if you flip the coin over…

When I think this way, I see parallels in the conflicting Creation stories I grew up believing.

No, I don’t believe God is real anymore. But I do see signs that the writers of Genesis probably had to deal with the same problem I had to deal with: How do we establish that humans are valuable?

The writer of Genesis used the concept of God as a tool to give human beings unquestioned value, and said God made us in His image. Convenient. You have this Being that is removed from all of our worry and concern about value, who is indisputably valuable, and then you say that you were created in this valuable being’s image. Problem of value solved.

Except not really. Because then there’s the other side of things. When we die, we turn into dust. We are inseparable from the rest of existence. We can try to create a God that will take us away from this dust, allowing us to rise above it and be unquestioningly more valuable than all of it, but that doesn’t change the fact that we all sink down back into the dust. And so the Genesis writer(s) needed another story – one in which the first man was not made in God’s image, but made out of dust, and thus intricately connected with the lowest of all existence.

The weird thing is that the two stories are never resolved. Was man created in the image of God, or out of dust? The Bible never answers the question.

I have to admit than when I think about life as an atheist, I embrace a similar dualism. In my everyday life, and in most discussions on politics and similar matters, I take human dignity for granted. I realize we are all indisputably valuable. I protect the concept of the valuable human being at every turn, as if it is objective and sealed in stone.

But also, in my bones I realize that I am not separated from the rest of existence, but inseparably connected to everything from the stars in the sky to the dust of the ground. I am not inherently more valuable than anything in the universe; I only choose to think I am, in a matter of speaking.

I know there’s a contradiction there, and I don’t think I’m any closer to solving it than the Genesis writer(s) were. But I think about it a lot, and in the tension between unquestioned value and dust, I feel I taste an honest portrait of human value.

How do you define human value? Feel free to let me know in the comments.

July 8, 2019
The Simple Reason I Became An Atheist
Next Post 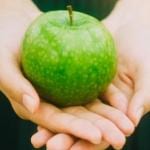 November 7, 2019 Eve Is My Hero: An Atheist's Interpretation of The Fall
Recent Comments
0 | Leave a Comment
Browse Our Archives
get the latest from
Nonreligious
Sign up for our newsletter
POPULAR AT PATHEOS Nonreligious
1 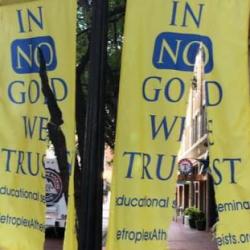