What if Megyn Kelly decides to go all “dragon lady” for the Duggar interview?

What if Megyn Kelly decides to go all “dragon lady” for the Duggar interview? June 2, 2015 Martin Hughes 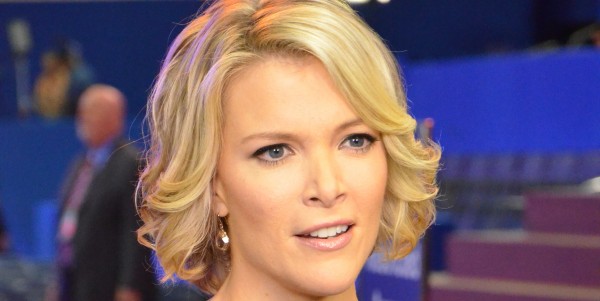 I like Fox News, and they’re better than anything else that’s out there in terms of cable news and mainstream media, but you certainly can’t count on Megyn Kelly to defend a biblical view of roles in the home.  I mean, I don’t know how to describe the energy that came out of Megyn Kelly that day, but it was not a healthy energy.  It was an angry energy, it was a bitter energy, it was an attacking energy, it was like an angry feminist energy.  And it was like she was breathing fire — like she was dragon lady going after these men who were simply sticking up for and defending a biblical view of roles in marriage. — Bryan Fischer, former director of the American Family Association

So, tomorrow Megyn Kelly is going to interview the Duggars.  Which should be interesting, because Megyn Kelly is not a fan of the Duggars’s position that the best way for children to grow up is via heterosexual parents in a home where the husband is dominant and the wife submissive.

She’s not.  At all. Period. Zero.  And I’m wondering if that’s going to come out on Wednesday night, on a night when more than just the Fox News crowd will be watching.

There’s a lot Megyn Kelly is terrible at talking about.  She’s terrible when it comes to religious issues, race issues, slut shaming, lgbtq issues, poverty issues, and…well, just about every single marginalization that does not affect a blond-haired, attractive, wealthy woman who has made a pretty high-profile name for herself in the public eye.

Which means that when it comes to whether or not women should be looked down on if they aren’t homemakers…she’s…well, let’s let Bryan Fischer, former director of the American Family Association, explain it:

I just watched a little bit of Lou Dobbs and Erick Erickson Fox News and I want to tell you, you talk about a feminist on steroids, that’s Megyn Kelly.  She was hot [in context, he meant aggressive, not attractive]!  I mean, you don’t want to get on the wrong side of Megyn Kelly, because she was hot — she thinks these guys are Neanderthals…I like Megyn Kelly, but she is a feminist to the core, she was resentful, she was angry, she was bitter, she was hostile, she was aggressive to these poor guys that were there to defend the biblical view of the role of marriage.  I mean, so just a reminder — I mean I like Fox News, and they’re better than anything else that’s out there in terms of cable news and mainstream media, but you certainly can’t count on Megyn Kelly to defend a biblical view of roles in the home.  I mean, I don’t know how to describe the energy that came out of Megyn Kelly that day, but it was not a healthy energy.  It was an angry energy, it was a bitter energy, it was an attacking energy, it was like an angry feminist energy.  And it was like she was breathing fire — like she was dragon lady going after these men who were simply sticking up for and defending a biblical view of roles in marriage.

It’s a pretty serious take down, I have to admit.  And it keys in on all the things that the Duggars seem to support.  The Duggars believe that women should be submissive in the home.  In the clip, Megyn Kelly says to Erick Erickson, who said that the women’s role in the home is a more submissive one, “What makes you dominant, and me submissive, and who made you scientist-in-chief?” in a fairly sarcastic tone. After his response, Kelly reads from an internet post from Erick Erickson claiming that heterosexual nuclear families in which women stay at home work best according to scientific data.  She then gives the following feedback:

Erick Erickson disputes the data, and goes on to say that there probably is a difference if you look at another study.  Then he says, “I’m not judging them, and no one should, but –” and Kelly cuts him off.  “You are judging them,” she says.  And he responds, “I’m not judging them.”  And she shakes her head and responds, “You are, you are because you come out very clearly and say that you believe that women who choose to work instead of ‘staying at home to nurture their children’ and instead have the father do that are imposing a worse future on their children than women who make a different choice — the choice you and your wife made.”

Then he says that 75% of the population agrees with him on marital roles.  Her response? “Just because you have people who agree with you doesn’t mean it’s not offensive.”  He tries to talk, but she talks over him, saying, “I know in your blog — (louder, talking over him) I know in your blog you say that it’s feminists and — I don’t know what the word is…some kind of liberal…I don’t know what the word is…some kind of [smirks] eco-liberal, is that what you called them?”  He says the term is “emo-liberal” and tries to explain what it is, but she cuts him off and says that she’s not an emo-liberal and doesn’t describe herself as a feminist (key is “describe herself” — she didn’t say she was not a feminist, interestingly, although she did say she is not an emo-liberal) but went on to say:

Then, without giving Erickson a chance to respond, she turns over to Lou Dobbs, who hosted Erick Erickson on his show.  Lou Dobbs states that marriages are breaking up because men aren’t the breadwinners as much, now that women have more employment and the fields they tend to go into are becoming more available than traditionally male jobs.  When he says that this is causing marriages to break up, Kelly interrupts him.  “Why are you attributing that to women in the workforce?”

And the interview goes on from there.  She goes on to cite several studies an opinions that state that working mothers and stay-at-home fathers have children who are just as outstanding as when it is the other way around — even comparing the prejudice Erick Erickson has to the set-up she discusses to interracial marriage.

So on Wednesday she will interview the Duggars, who think that the husband should lead the family and the wife should be submissive in the home.  They’re the poster children for this viewpoint.  A viewpoint that, if this interview is any indication, Megyn Kelly hates.

There’s been talk about how there will be softball questions, but I have my doubts.  Take her preview of the interview on Fox News, for example.  While there is the sound bite of her saying there will not be a “cross-examination” indicating she’s going to throw softball questions…I have doubts after seeing this in context:

I think there might be a more aggressive interview for the following reasons:

So although she will not get into the specific details…she has every reason to ask tough questions, and it seems as if there are some strong indications that she will — as long as she can do so without incriminating the Republican Party and while upholding her other conservative values. 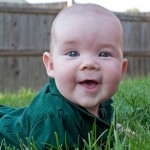 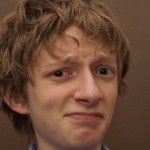 June 7, 2015 What Is Wrong With The People Who Insist Caitlyn Jenner Is A Man?
Recent Comments
0 | Leave a Comment
"Maybe I shouldn’t be asking why a God would do this – after all, God ..."
Steven Watson What This Atheist Learned from the ..."
"lol... of course a lib-tard is gonna say "no way - we don't lose all ..."
Stephen Russell Why That Newsroom “America Used To ..."
"Just declaring Christian Belief Insulting dos not make it Insulting, and twisting it doesn't make ..."
skwills The Christian Obsession With Insulting Atheists
"But, No Evidence that they want this exists."
skwills The Christian Obsession With Insulting Atheists
Browse Our Archives
get the latest from
Nonreligious
Sign up for our newsletter
POPULAR AT PATHEOS Nonreligious
1