What’s the deal with God and vegetables?

What’s the deal with God and vegetables? January 20, 2016 Martin Hughes

It seems so strange to me now that I once took the Bible seriously. So much of it is so…weird. Like, for example, the story of Cain and Abel (In Genesis 4). I heard it a lot growing up, but today I don’t know, for the life of me, what I’m supposed to get out of it outside of God being a guy who has a serious thing about vegetables. Seriously. What is his deal?

You’ve heard about the creation story — well, this is right after that. Cain and Abel are, in the myth, the sons of Adam and Eve. Cain’s the oldest, and then there’s Abel.

Quick note you gotta know about this that often gets missed: one of the curses of God for that whole scenario where a talking snake told Adam and Eve to eat a fruit that told them they were naked and had to wear leaves (apparently God was happier with them naked…) is that the ground was going to produce thorns and thistles that would make it really hard to grow crops. The punishment for the woman was pain in childbirth. So this whole ground-producing-thorns-and-thistles thing was supposed to be a Big Deal.

Anyways, Cain and his brother Abel like God so much that they work their asses off to give him a sacrifice. And Cain — in this cursed ground remember — goes through a whole lot of trouble to make vegetables, cursed ground and all, in the days before Round Up. Extraordinary. And he gathers up his best.

Abel, on the other hand, had a flock and killed a few of them. He didn’t have to till the land to do this. His job was probably a bit easier than Cain’s. And he killed stuff that God had supposedly made — animals that breathed and walked around and felt pain.

So, Cain gets this best of the best and sacrifices it to God. Great vegetables. If God was going to endorse PETA, this was his chance.

But the Bible says, “[God] did not have regard for Cain and his offering.”

It doesn’t go into detail. It’s almost as if God is, like, five years old, turning his nose up at vegetables. He just doesn’t like them. They were hard as shit to make, and God is all, “nope.”

But he loves the slaughtered, bleeding flock of Abel’s and smiles, looking at it with favor.

Then it starts getting weirder. God gets all passive aggressive. Here is Cain, who sweat his heart out in cursed ground to produce plants for God…and God (who CREATED vegetables, by the way, and made them so doggone hard to make) does the equivalent of a five year old’s throwing his carrots on the ground. Of course Cain is pissed off. It doesn’t take a genius to see that he’s pissed off for good reason. But either God is a bit slow, or he’s trying to piss Cain off even more when tautingly asks, “Why are you furious? And why are you downcast?”

Ew. I mean, if I were Cain in this mythical story, I’d be pissed off. Stop playing dumb. You know why, God. It’s because you’re being an asshole.

But God doesn’t stop there. He says, “If you do what is right, won’t you be accepted?”

Stop the script. Stop. Hold up. Not liking vegetables — OK, that’s infantile. But who gets all moralistic about it? That’s a whole level even the wrinkled toddler’s face doesn’t seem to approach.

I mean, what did Cain do that was so goddamn wrong? He worked his ass off to give God vegetables, and God’s sitting here moralizing because for some reason he doesn’t like vegetables. No.

Cain is frickin’ awesome. Cain is your buddy, your friend, your voluntarily dedicated manservant who is going to go out into cursed ground and grow vegetables just for you so that you can be like, “Thanks, Cain. You must really care about me, Cain. I’m a bit veggie-allergic, but I appreciate the effort, Cain.” But instead you’re rejecting him, then preaching sermons about how he doesn’t have the right to be pissed off at you because he should have known better… than to give you vegetables.

There’s supposed to be some kind of moral to this story? Right…

Now, Cain is looking at his asshole brother — Mr. Holier-Than-Thou who didn’t work his ass off cultivating cursed ground for God. And after God winds Cain up with this talk, he gets more jealous — heated by God’s passive aggressive nonsense. So he kills his brother Abel — which, honestly, is a little troubling. But God coulda stopped the whole thing with “Thank you.” Instead he did this passive aggressive song-and-dance that seemed calculated to piss Cain off.

You see what I’m saying? I don’t think this story is true, of course, but even looking at it metaphorically, the only moral I’m really getting here is that God is grade-a asshole.

Here’s the icing on the cake.

What is the punishment God gives to Cain? Remember, the ground is already cursed.

He says, “When you work the ground, it will no longer yield its crops for you.”

And then, throughout the Bible — it’s always slaughtered animals for the bloodthirsty carnivore. Never vegetables.

Honestly. What’s God’s deal? What am I supposed to get out of the story?

All I’m really getting is that the God of the Old Testament is an infantile asshole.

And that’s what the concept of God seems like, so much of the time, in every day life. People go around saying that God is this wise guy with a plan, but during my last years as a Christian I saw that didn’t fit. The people who were most dedicated to God got the least, oftentimes, while the people who were more-or-less nonchalant about God tended to get more. It didn’t seem fair. If there is a God, why does he bless obnoxious American millionaires but seem to turn up his nose at starving children in third-world countries? What’s his deal?

Maybe there is no God. Maybe saying “God blessed me with x” while other people don’t have it is an excuse to feel superior. Maybe making the world better has to do more with chance, circumstances, and strategic, humanistically grounded, scientifically based hard work, and God doesn’t exist (and would be an irrational asshole if he did).

You don’t think so? Then tell me, please, how it’s rational for your God to let an obnoxious millionaire have a fleet of cars while a beautiful child in a poor third-world country starves to death. 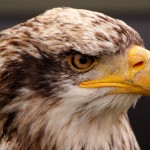 January 18, 2016
Thoughts On The Eagles's "Desperado": The Irrelevance Of A Nonexistent God In Human Relationships
Next Post 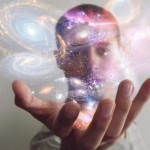 January 22, 2016 Christians, Your "Objective Meaning" Is Nonsense, And It'd Be Meaningless Even If It Wasn't
Recent Comments
0 | Leave a Comment
"Maybe I shouldn’t be asking why a God would do this – after all, God ..."
Steven Watson What This Atheist Learned from the ..."
"lol... of course a lib-tard is gonna say "no way - we don't lose all ..."
Stephen Russell Why That Newsroom “America Used To ..."
"Just declaring Christian Belief Insulting dos not make it Insulting, and twisting it doesn't make ..."
skwills The Christian Obsession With Insulting Atheists
"But, No Evidence that they want this exists."
skwills The Christian Obsession With Insulting Atheists
Browse Our Archives
get the latest from
Nonreligious
Sign up for our newsletter
POPULAR AT PATHEOS Nonreligious
1