Why Do #BlackLivesMatter To Humanists?: On Foundation Beyond Belief’s Conference Theme

Why Do #BlackLivesMatter To Humanists?: On Foundation Beyond Belief’s Conference Theme July 9, 2015 Martin Hughes

[
[Image Courtesy Of  The All-Nite Images under CCL]

Most people seem to complain about the term.  Some think it’s bringing up a non-issue — that the real issue is black-on-black crime, or even black-on-white crime.  Indeed, most white people think that today’s major problem is not discrimination against minorities, but discrimination against white people.  Those of us who insist that black lives matter are often accused of being deeply prejudiced ourselves. The solution, according to many conservatives, is for black people to pull themselves up by their own bootstraps and stop getting bogged down in the past and seeing racism where there is none.

Coupled with this is the fact that many black people deny that racism is a problem, for whatever reason.  White people are in the majority here in the United States, so black people saying what the majority of the population want to hear get an audience.  It’s no secret that Fox News can (and does) put together all-black panels that assure America that racism is no big deal.

In my blogging experience, American atheists tend to, by and large, be a bit averse to discussions on race.  But I talk about it frequently anyway, because one of the reasons I became an atheist is that I looked at the history of Christianity in this country and its affect on black individuals, and in doing so found that the best way for me to embrace my humanity and sense of dignity was to discard a God that had all too often been used to make blacks subservient.  People like Langston Hughes, WEB DuBois, Zora Neale Hurston, James Baldwin, and other major black figures in history wrote criticisms of religion that set my brain and heart on fire.  Some left Christianity because of a sense of science.  Although it is true that I left Christianity because evidence for its truth was lacking, I was also motivated by a strong sense of justice that continues in my current expressions of disbelief.  This motivation remains to this day.

It’s why I identify as a Humanist.

Which, by the way, is why I was intrigued by a recent video from Foundation Beyond Belief.  Not only does it give an excellent discussion of how Humanism relates to the “#blacklivesmatter” movement — it also announces that “#blacklivesmatter” will be the theme in the next Foundation Beyond Belief meeting — which is coming up soon, on July 25th, in Boston. 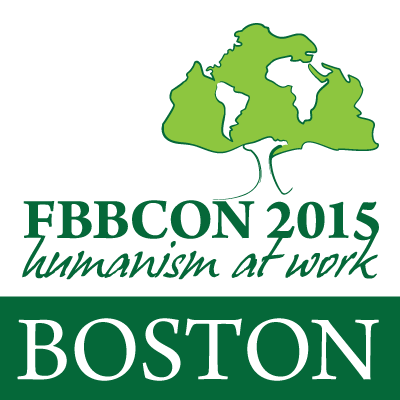 I think this five minute overview is the best summary I’ve seen of why Humanists should care about “#blacklivesmatter” as a social movement — one of the highlights is that it provides a very diplomatic, reasonable response to the question of why the movement is labeled “black lives matter” instead of “all lives matter.”

I’m glad I watched it.  Here it is for you to check out, as well.

By the way, the event the video introduces has the following intriguing description, which can be found here:

[The Foundation Beyond Belief annual conference] will be centered around the theme #blacklivesmatter: listen, learn, think, discuss, act. Sikivu Hutchinson will deliver the keynote speech: Colorblind Lies & Meritocracy Myths: Moving Secular Social Justice. 50% of the proceeds from this event will go to Community Change, Inc., a charity working directly on anti-racism education and advocacy.

Here’s your chance to say goodbye to outgoing Executive Director Dale McGowan and meet the incoming executive director Noelle George. This unique event will include the following:

Some of the voices you will hear at the event are Professor Monica Miller of Lehigh University, Professor Fiery Cushman of Harvard, Shane Slone (a fresh new voice on race relations sponsored by Black Nonbelievers), and FBB staff members Rebecca Vitsmun, Conor Robinson and AJ Chalom, and more.

It is truly heartwarming to see this timely subject highlighted here.  The teaser of the video seems just a taste of a larger conversation that should do much to clarify very important connections between Humanism and social action — a connection that will be further discussed in overviews of the work FBB has done and will continue to do.

If you want to register, you can do so here. 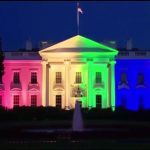 June 28, 2015
But did you die?: Why The Opposition Will Lose To The Relentless LGBTQ Agenda
Next Post 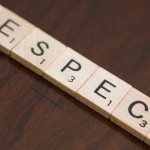 July 10, 2015 Does Secular Humanism = Anti-Theism?
Recent Comments
0 | Leave a Comment
"lol... of course a lib-tard is gonna say "no way - we don't lose all ..."
Stephen Russell Why That Newsroom “America Used To ..."
"Just declaring Christian Belief Insulting dos not make it Insulting, and twisting it doesn't make ..."
skwills The Christian Obsession With Insulting Atheists
"But, No Evidence that they want this exists."
skwills The Christian Obsession With Insulting Atheists
"That phrase has NOTHING to do with Black slaves. ZERO. The ENTIRE poem has to ..."
SelfCancelled The Anthem’s Racist Lyrics: “No Refuge ..."
Browse Our Archives
get the latest from
Nonreligious
Sign up for our newsletter
POPULAR AT PATHEOS Nonreligious
1

'Satanic' school head, pictured with a...
The Freethinker
Related posts from barrier breaker