Christians hardly read the Bible themselves. Why do they try so hard to force it on others?

Christians hardly read the Bible themselves. Why do they try so hard to force it on others? October 25, 2015 Martin Hughes

“Which passages of Scripture should guide our public policy? Should we go with Leviticus, which suggests slavery is ok and that eating shellfish is abomination? How about Deuteronomy, which suggests stoning your child if he strays from the faith? Or should we just stick to the Sermon on the Mount – a passage that is so radical that it’s doubtful that our own Defense Department would survive its application? So before we get carried away, let’s read our bibles, now. Folks haven’t been reading their bibles.” — Barack Obama

“A few years ago I used to start my class on the New Testament, with something like 300 students in it, by asking, ‘How many of you in here would agree with the proposition that the Bible is the inspired Word of God?’ Almost everyone raises their hands. ‘OK, great: Now, how many of you have read the Harry Potter series?’ Again, almost everyone raises their hand. ‘And now, how many of you have read the entire Bible?’ This time: scattered hands, here and there, throughout the auditorium.

“Then I’d laugh for a minute and say, ‘OK, so I’m not telling you that I think the Bible is the inspired Word of God; you’re telling me that you think it is.   I can see why you might want to read a book by J. K. Rowling.   But if God wrote a book *chuckles* – wouldn’t you want to see what he had to say?'” — Bart Ehrman

“Properly read, the Bible is the most potent force for atheism ever conceived.” — Isaac Asimov

One of the most annoying things about Christians who tell me that I should read the Bible is that, oftentimes, they don’t seem to know what I’m talking about when I refer to religious texts; they seem to have a fairly low bible literacy, overall. And this isn’t just a fluke — there’s quite a bit of evidence to indicate that, for all their fanfare about how important reading the Bible is for ex-Christians and non-Christians, most Christians don’t even read the Bible much themselves.

In my experience, ex-Christians tend to have read the Bible much more frequently than most Christians. In my own case, I read the Bible plenty for years. For about a couple years or so I took it in with me to work every day and read it often during my lunchbreaks. I memorized hundreds of verses — because I thought it was the Word of God and I wanted to know what it said. I spent hours reading over it, poring over it. And this went back to high school — it’s why I won seven and got second place once out of the ten Bible Bowls I attended. Fast forward to my deconversion — towards the end of my being a Christian, my Bible reading and praying was at an all-time high. No, this is not an anomaly, or I’d be more hesitant to share it — I’ve heard similar stories from several ex-Christians I kn0w.

If Christianity were false, by the way, this is what you would expect — those leaving the religion would be the ones who had studied it most intently.

And I’m also just saying that to say that, given what I claimed to think, that still wasn’t enough. If the Bible was really God’s word, why wasn’t I more obsessed with it? Why didn’t I read it every waking hour?

But here’s the thing — the absolutely INFURIATING thing — most Christians who loudly insist on tying people down with the Bible, and judging people through the eyes of the Bible, hardly even read it that often. As a 2012 survey from Lifeway Research found:

That’s 80% of Christians who will actually admit to not reading the Bible every day. Extraordinary. And, if a Barna Group poll is any indication, the number of Christians who even read the Bible weekly may be going down. In 2012, the number was about 48% of people reading the Bible once a week or more. Granted, this group focused solely on Christians, but a 2014 Barna Group survey focusing on the entire American population came up with even more extreme results:

Only 37% of Americans report reading the Bible once a week or more. Among those who have read Scripture in the previous week, not quite six in 10 (57%) say they gave a lot of thought to how it might apply to their life. While the Bible’s place in America as a cultural icon endures, it’s not always perceived as a transformational text. Even as Bible ownership remains strong, readership and engagement are weak.

People don’t really care about reading the Bible these days. Which is strange. If you think that God is speaking through the Bible — even remotely — wouldn’t you read it?

Most recently, as the American Bible Institute found in a 2015 report:

One in 10 read the Bible less than once a year and another one in 10 report reading the Bible once or twice a year. These three segments combine to represent “nonBible readers” (48%), a segment that has grown by two percentage points since 2014. While the change is within the range of sampling error, the change since 2011 is statistically significant (25% in 2011, compared to 28% in 2015).

The only way such small readership even remotely makes sense is that people do not believe that the Bible is really as important as they claim it to be.

And, honestly, it’s probably a hell of a lot easier to support the God of the Bible if you’re not really reading about it. There are signs that the average Christian knows very  little about the Bible. In 2005 (when bible readership was even better than it was today, if the stats are to be believed), as an article in Christianity Today relates:

According to data from the Barna Research Group, 60 percent of Americans can’t name even five of the Ten Commandments. “No wonder people break the Ten Commandments all the time. They don’t know what they are,” said George Barna, president of the firm. The bottom line? “Increasingly, America is biblically illiterate.”

Multiple surveys reveal the problem in stark terms. According to 82 percent of Americans, “God helps those who help themselves,” is a Bible verse. Those identified as born-again Christians did better–by one percent. A majority of adults think the Bible teaches that the most important purpose in life is taking care of one’s family.

Some of the statistics are enough to perplex even those aware of the problem. A Barna poll indicated that at least 12 percent of adults believe that Joan of Arc was Noah’s wife. Another survey of graduating high school seniors revealed that over 50 percent thought that Sodom and Gomorrah were husband and wife.

So this is the frustrating thing. Christians, who often claim the Bible is God’s Word, don’t follow through with their actions by actually reading it. Instead, it seems, they pour that energy, by and large, into making sure that other people are respecting a religion they don’t know very well themselves.

I have to say — in my own experience as an atheist I’ve experienced a shocking lack of Bible knowledge in Christians. As a Christian I didn’t really recognize it; I didn’t have to argue about Christianity that much, and it didn’t come up in as much detail. But as an atheist who often calls Christians to account on what they supposedly believe, it is truly surprising to me how often Christians have no idea what they are so stridently defending.

And this makes me upset, because I’ve read the Bible. I’m an informed dissenter. Somewhere between the misogyny and the racist genocides and the outrageous miracles and impractical teachings and implausible salvation story, I saw that a lot of it just plain didn’t make sense. So a Christian who comes to me and scolds me about not reading the Bible enough, while they’re beating me over the head with it, when they apparently don’t even think the supposed Words of the Almighty God of the Universe are important enough to even read every day…it just strikes me as disingenuous. Almost as if they are more concerned about being superior and smug to me and not about the supposed Word of God being real.

Christians, read your Bibles before you start preaching it.

And you might be surprised — if you actually start reading it, you might understand where I’m coming from a bit more.  I’ve discussed, in previous posts, several reasons I am an ex-Christian who thinks the Bible is bunk, but chief among them?

I read the thing. A lot.

Maybe before being all militant about it, you should follow suit?

And if you don’t really feel like it…why not? You think it’s the Word of God, right?

…or maybe you don’t. 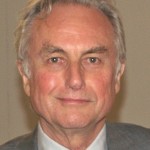 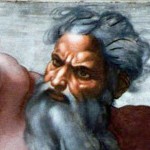