Why It Might Be Time To Accept That White Lives Matter More: A Black Atheist Reacts To Dylann Roof’s Bond Hearing

Why It Might Be Time To Accept That White Lives Matter More: A Black Atheist Reacts To Dylann Roof’s Bond Hearing June 20, 2015 Martin Hughes

“If I discover that those songs the darkies sang and sing were not just the innocent expressions of a primitive people, but extremely subtle, difficult, dangerous and tragic expressions of what it felt like to be in chains, then by one’s presence — by the attempt to walk from here to there — you’ve begun to frighten the white world.“They have always known that you are not a mule. They have always known that no one wishes to be a slave. They have always known that the bales of cotton and the textile mills and entire metropolises built on black labor, that the black was not doing it out of love. They were doing it under the whip, the threat of the gun, and the even more desperate and subtle threat of the bible.” — James Baldwin

Dylann Roof’s bond hearing. I feel like I should be enraged about how it went down. But rage happens when you think there’s something you can do to change the situation, when there’s still hope. I’m not sure I’m really enraged at this point.  Rage was what I felt with Trayvon Marting, Eric Garner, Tamir Rice, Walter Scott, McKinney, and seeing the polite way Dylann Roof was taken into custody while the image of Walter Scott being gunned down in the very same general area was fresh on my mind.  I’m really tired and sad right now.  Maybe the rage will come later, but I’m almost at the point of accepting what happened as par for the course.

Like the stages of grief…denial, anger, bargaining, depression, and acceptance.  At first I didn’t want to realize or see, remotely, that black lives mattered less than white lives when it came to law enforcement.  Then, as the evidence mounted, that denial turned into hot-red anger.  And then bargaining with other white people, pleading for them to care so that I could feel like the streets were safe for myself and family and friends when a cop drove by, or so that I could ensure we’d be fairly treated when we went to court.  And then, depression after hundreds of discussions and arguments with white people, on and offline, and seeing Fox News engaged in steady whitewashing, and realizing that the chances things were going to change were slim.  I guess I feel the siren song of acceptance right now.

Is it time to stop fighting, and stop resisting?  What good is it to mindlessly chant the refraind “Black Lives Matter” into the void?

I mean…maybe black lives don’t matter as much as white lives in this country, and that’s just the way it is.  And part of me thinks — I can go through the rest of my life enraged that that’s the case, or I can just accept it and move on.

So when I saw the bond hearing on the news yesterday….I found that the old rage just wasn’t there.  To tell the truth, what I saw just reconfirmed what I already knew.

Dylann Roof, a white man who had gunned down 9 people at a Wednesday night Bible Study in Charleston, South Carolina (the same city whose cop shot down Walter Scott — whose killer is housed near Dylann Roof), came in to do a videoconference regarding his bond.  And the judge could have expressed anger at the nine black people he shot.  He could have been outraged.  He should have been outraged.  I mean, this is the same judge who was got in trouble for saying, “There are four kinds of people in this world: black people, white people, red necks, and n-ggers,”  in court several years ago, and who was also reprimanded for double-standard treatment from the bench.

This moralizing is not indicative of any surprise on my part, though.  That this is the judge who presided over the hearing is not very surprising to me in a state that flies the Confederate flag at its capitol…

Earlier, I would have been hopeful that maybe this bond hearing would be different.  Maybe this judge would realize that black lives matter, that after Dylann Roof and Walter Scott, and the reactions to them, there was a harsh climate of racism in the city.  Maybe he had learned from the past what racism is and not engage in racist statements.

But I was not hopeful as I watched the bond hearing.

(The video for the bond hearing. Most quotes below are taken from it.)

I would have been shocked if I had seen any outrage from lighter skinned people presiding over the justice system over those deaths in that courtroom.  But what happened was the norm. It surprised me how unsurprised I was when the judge, James Gosnell, take the time to read a statement that went directly against the outrage the situation warranted. He began:

Charleston is a very strong community.

Hold on.  Strong?  After nine deaths have shaken your community, after the Walter Scott case, after the pain and hurt…”strong” is the word to describe the community?  Strong for whom? You don’t have to answer that.  I already know.

We have big hearts. We’re a very loving community. And we’re going to reach out to everyone — all victims.  And we will touch them.  We have victims — nine of them.

An earlier me would have seen a glimmer of hope in this statement.  An earlier me would have thought that, finally, the heart of white Charleston is reaching out to acknowledge the pain of these black individuals, to acknowledge the victimizing of the black community, to realize that in this pain they need to love them and show them that their lives matter, that someone who kills nine people in cold blood at a gathering he was welcomed into is going to know — so that the nation knows — that his actions should not be tolerated in our “loving community.”

And also that the sentiments of someone who kills people because he has been taught that black people are dangerous, that they are taking over the country, that they rape white women — a stereotype going strong because of it’s denial — is not a sentiment that has any place in the lives of any dark-skinned person who can even remotely feel it.

I would have hoped.  But instead, after the conversations of denial and the consistent protection for white aggressors that comes from white individuals, I expected what came next: 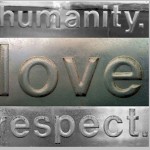 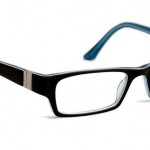 June 20, 2015 Dylann Roof: "Black People View Everything Through A Racial Lens"
Recent Comments
0 | Leave a Comment
Browse Our Archives
get the latest from
Nonreligious
Sign up for our newsletter
POPULAR AT PATHEOS Nonreligious
1