I was dumbfounded, at first, at how on earth Trump got ahead with the blatant lies he was telling. How did that not hurt him more? How were people still saying he was trustworthy?

And in looking into it, I found that his lies actually hurt the press and helped him. Trump had figured out a way to lie and not only get away with it, but demonize the press and even convince people that Freedom of the Press was dangerous.

The trick was to consistently lie big. He lied so thoroughly and so ridiculously and so often that the media, in reporting the lies, came off as biased. And he always made sure that the lies were things that his base wanted to believe, so that in addition to seeming biased, the media reporting the lies as lies became more hated by Trump’s base. As the media became more hated, it lost credibility in reporting what was actually going on in the United States, and that credibility went to Trump.

It’s a disturbingly simple formula that fits with all the data. Trump seems to know it. It’s how he can rail against respected publications like the New York Times while endorsing stories from publications like the National Enquirer, even saying that the latter should get a Pulitzer Prize. It’s why he can say we should enforce stronger libel laws and restrict freedom of the press — he has successfully demonized the press with the big lie strategy so much that many people are angry at the press attacking the big lies that could not possibly be quite as wrong as the seemingly unassailable press keeps claiming. Trump took advantage of this viewpoint as early as February, when he said:

I’m going to open up our libel laws so when they write purposely negative and horrible and false articles, we can sue them and win lots of money. We’re going to open up those libel laws. So that when The New York Times writes a hit piece, which is a total disgrace, or when The Washington Post, which is there for other reasons, writes a hit piece, we can sue them and win money instead of having no chance of winning because they’re totally protected. You see, with me, they’re not protected.

You see? The media’s biased seems unfairly protected — insulated from criticism as they unfairly criticize Trump’s statements, saying that he is lying far more than seems rational to the layman. It’s as if they just have it out for Trump.

You see, as Hitler stated once (albeit in a different context), we are used to someone lying a little bit. So we automatically adjust to that. But this tendency to only slightly adjust to lies puts us at a disadvantage when someone tells a huge lie. If you tell a huge, enormous lie, that small adjustment isn’t enough. Much of the lie will still remain in your audience’s minds as truth, so that the person exposing you tends to look like they are out to attack you. You make THEM look dishonest.

If you lie big enough, you make the person who is trying to expose you look dishonest.

That’s what Trump did. He lied enormously. He lied so much that the Pulitzer-Prize-winning Politifact couldn’t even choose one distinguishing lie for their annual “Lie of the Year” award, so they chose all the outrageous lies of Trump for the honor.

As Trump lied, more and more media outlets covered his lies, exposing them, because they have a responsibility to expose Truth. They thought that they were hurting Trump. But just the opposite — it seemed to many Trump supporters as if they were dogpiling him. As if they were out to get him. Surely Trump didn’t lie THAT much, right? They had to be making some of it up.  And so the media looked bad in picking at Trump — and Trump milked that for all its worth, portraying himself to his supporters as a victim.  Which made them even more loyal.

And this confused the media. They weren’t used to someone who lied this much, this thoroughly, and got away with it. The system worked well for exposing smaller lies. But the media was not built to combat the Big Lie strategy. And so, what Trump was doing also confused the other Republicans running against Trump. Every time you exposed Trump, YOU were the one looking bad. Because it was hard for the public to believe that Trump was lying as much as he was.

This makes journalism very difficult. If you don’t expose the lies, people believe them and you lose. If you DO expose the lies, and you can easily be demonized for even bringing up the possibility that someone who seems sincere could be a thorough liar. There’s no real way to beat them.

And so we didn’t. And the more we fight it, the worse we look.

We’re trying to figure out how to deal with it. But it might be too late. Facebook algorithms may change, Twitter may ban some people, and Google may have stronger filters on its results — but you can’t silence the President of the United States, and these actions will just cause people to hate the press even more.

I realize this is a problem without a solution, but it might just be an unwinnable war — unless something eventually, hopefully comes along to expose Trump to even his most hardcore supporters as the big liar he is.

I’m not holding my breath. Sorry for the bad news.

But thanks for reading. 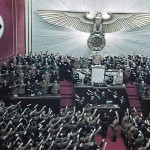 November 14, 2016
If Our Concern Over Steve Bannon is Confusing, Look Up Joseph Goebbels
Next Post 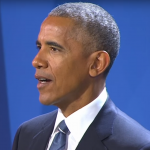