“I don’t mind talking about God with atheists. In fact, the stronger their arguments are, the more God strengthens my faith.”

I’ve heard this or variations of it countless times. It can be bewildering, because Christians often seem most confident after what seem to be the most fact-based, strongest attacks against their faith. Sometimes, this characteristic of debates has led me to walk away from the debate and give up, especially when Christians do it with pride. They feel more confident after debate, no matter what the atheist says — so that must mean, to them, that the atheist is wrong.

But I’ve found that there is actually a really straightforward way to explain it.

First, there’s this thing that psychologists call “belief perseverance,” and it’s a phenomenon that was first discovered in a 1975 study. What the researchers did is give the subjects suicide notes to read, and the subjects were instructed to decide who killed themselves and who did not based on the notes. The researchers then split the subjects up, and told one group they did very well on the test, and another that they did very poorly. Then, they called them back and said that they had lied the first time — neither group had done exceptionally well or exceptionally bad. After this, they had the groups rate themselves.

Their beliefs were persistent, in spite of clear evidence that they were wrong.

After that, the researchers said that actually neither of the endings were true — the first man did not commit suicide, and the second man didn’t run for public office. After they explicitly told both groups that these events did not happen, they asked the groups to go back and rethink what each man’s probable outcome was.

This tendency also plays into confirmation bias to produce the backfire effect, which not only makes incorrect beliefs persist in the face of strong contradictory evidence, but actually makes them stronger. There are several disturbing examples of this. For example:

In a 2010 study, Nyhan and Reifler asked people to read a fake newspaper article containing a real quotation of George W. Bush, in which the former president asserted that his tax cuts “helped increase revenues to the Treasury.” In some versions of the article, this false claim was then debunked by economic evidence: A correction appended to the end of the article stated that in fact, the Bush tax cuts “were followed by an unprecedented three-year decline in nominal tax revenues, from $2 trillion in 2000 to $1.8 trillion in 2003.” The study found that conservatives who read the correction were twice as likely to believe Bush’s claim was true as were conservatives who did not read the correction.

In addition, the more someone has invested in a belief being true, the more they continue to believe that it is true.  We call this phenomenon “motivated reasoning.” In short, we are likely to highlight evidence that we already believe.  And I’ve been victim of this, as an atheist. For example, in arguments online someone has given me a series of articles from very reputable sources contradicting something I thought was true based on a something I read before from a much less reputable source, like Wikipedia or a highly biased blogger. My strong temptation, oftentimes, is to respond by increasing my confidence in the original source, which decreases my confidence in the series of more reputable articles. Whereas before I thought I was right based on what I knew was shaky evidence, now I think I am right because I have responded to contradictory evidence by making the original evidence stronger in my mind than it originally was. It’s like pulling teeth, sometimes, to force myself to admit I’m wrong and avoid this tendency.

You follow? It’s not just Christians who make this error. It’s a human glitch. We all have it.

And that’s why, when presented with contradictory evidence, belief perseverance, confirmation bias, the backfire effect, and motivated reading can actually make Christians more, not less, confident they are right. It might be part of why the most stubborn Christian demographic in the United States — the category that is bleeding the fewest adherents in today’s increasingly nonreligious world — is Christian evangelicals. The more they are given evidence against Christianity, the more (just like that biased article I clung to in the above example) they may cling to the actual words of the Bible, so that arguments against them increase, as opposed to decrease, their faith.

Yes, atheists are susceptible to this bias, too — we all are. But for us, “faith” isn’t a virtue. For many Christians, “faith” is so effective and strong because it’s essentially glorified confirmation bias, and the Bible often actively encourages Christians to disregard sources (no matter how reputable) that contradict it. In Christendom, belief perseverance is actively encouraged.  When children are young, they are taught these beliefs and their belief perseverance/confirmation bias is actively encouraged by references to faith, exaltation of the Bible and, often, respect for church leaders. Once these traits are embedded and encouraged as a way of life, attacks can encourage, as opposed to discourage, faith.

Which is why, after volleying a powerful attack against a Christian, the response may often be, “Y’know, you have some thoughtful arguments — but God just uses them to increase my faith.”

That’s not your God; that’s a tendency we both have, whether the belief is right or wrong. If we want to be right, we often need to fight this tendency, not encourage it.

How can we do this? Partly by realizing that feeling more confident after a powerful attack against your pre-held beliefs is normal –not an act of God — and is a feature of many beliefs you may have, not just the ones pertaining to God’s existence. Realizing this can help people see powerful attacks against their beliefs for whether or not they are valid, not just how they make the person feel. In doing this we can increasingly work towards (whatever our beliefs) being “less wrong.”

And the only thing needed to jump start this process, you remember, is evidence that contradicts your beliefs. Contrary to popular wisdom, it is completely normal for evidence contradicting your beliefs to make those beliefs even stronger.

This is not something to be proud of because it’s faith or God’s work. This is a tendency to watch out for, to guard against, if it is important to us to actually be right.

Want more people to see this? Don’t forget to share before you go!

Want to see more from the blog in the future? Please scroll to the top of the sidebar and put in your email address. 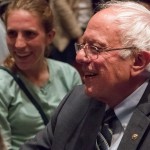 January 28, 2016
The View asks: Can an atheist be President?
Next Post 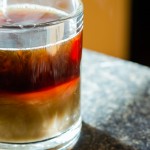 Hobby Lobby is fast becoming one...
The Freethinker
Related posts from barrier breaker