Why Was Bernie Sanders Cited And Fined For Resisting Arrest?

Why Was Bernie Sanders Cited And Fined For Resisting Arrest? July 20, 2015 Martin Hughes

In case you didn’t know, one of our candidates for President has a record.

He was cited for resisting arrest.  Before I tell you why, a little background.

He did this for the Congress of Racial Equality chapter there, of which he eventually became President in his Junior year, at 20.  At that age, as President of the chapter he led a picket against a Howard Johnson restaurant location due to the chain’s race-based discrimination.

Later, when several black residents were being evicted from Chicago’s Hyde Park due to a restructuring of the neighborhood, an angry Bernie Sanders wrote the local paper:

To attempt to bring about a “stable interracial community” in Hyde Park without hitting, and hitting hard, the segregation and segregation mentality that exists throughout this city, is meaningless. Hyde Park will never solve its racial problems until these problems are solved throughout the city. Segregation (in the form of “benign quotas”), the promise to white people that Negroes will not be freely admitted into the neighborhood, cannot work on any long term basis.

Then, in 1963, 21 now, he took a bus from Chicago to Washington, DC to attend the March on Washington with Martin Luther King, Jr.

The Chicago Tribune reported the story months later, on January 14, 1964, on page 6 of section 1 (emphasis added):

The cases of 159 persons arrested in racial demonstrations last summer were disposed of yesterday before Judge Gordon B. Nash in Jury court.

The 159 were arrested during demonstrations at four locations during which they protested alleged segregation in the city’s public schools.

The defendants sang in the hallway as they awaited trial in the fifth floor courtroom in the Criminal court building, but sheriff’s police put a halt to the singing.

Miss Willie Whiting, assistant state’s attorney, told the court that the four were in positions of leadership and engineered the demonstrations.

There has been talk, lately, of Bernie Sanders not caring about black rights. Nothing is further from the truth. In a speech in Dallas yesterday, pressed near to the front of a crowd of around 6000 people, I saw him, personally, speak powerfully and with strong conviction about injustices among minorities.

Bernie Sanders has a different approach to race. Some say, “Race doesn’t matter, so if minorities pull themselves up by their own bootstraps, they’ll get ahead.”

Sanders says, “Everyone should have the same opportunity, regardless of race, and if one color is not doing as well as another, that’s a sign that this is not happening.”

The basic point is that the color line shouldn’t matter, and that’s why it does.  That people should not be discriminated against by the color of their skin — we should all be one America, and the fact that we are not, that there are massive color-coded injustices, is a reason not to be complacent about racism in this country and pretend the real rifts do not exist, but to fight it aggressively with strategic policies, like free public community colleges, job programs, and a higher minimum wage. In other words, the opposite of this, the ideology he’s been fighting against for decades:

And it’s that fight — from a sit-in to Presidential candidacy — that has been Bernie’s focus for over 50 years.  He doesn’t just put on his “I’m for all people — regardless of race, gender, religion, or ethnicity” cap when he’s running for President.  He’s been doing it since the beginning, and his arrest record is proof.  And, recently, proof of this has come in the fact that he is the first presidential candidate to speak out on Sandra Bland’s own resistance of arrest.

So, long story short…yes, Bernie Sanders has a record on him for resisting arrest.

And that’s a major reason why, at the polls, I’m planning on putting down his name. 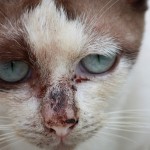 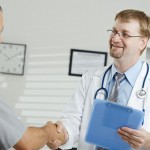 July 22, 2015 Don't Thank God For "Miraculously" Vanishing Cancer
Recent Comments
0 | Leave a Comment
Browse Our Archives
get the latest from
Nonreligious
Sign up for our newsletter
POPULAR AT PATHEOS Nonreligious
1