Why Are Women Taking So Long To Report Sexual Assault?

Why Are Women Taking So Long To Report Sexual Assault? December 30, 2017 Martin Hughes

As a man who hasn’t experienced it, I wondered, at first, why women were taking so long to report sexual assault. Years, decades often seemed to pass before they reported a slew of famous men whose takedowns have been in the news. What I see shouted on the front pages, I have been repeatedly told via the #metoo hashtag, has been happening to almost every woman on a less discussed scale.

Why not take them to court?

I have some theories, after thinking about it.

Maybe, when you’re sexually assaulted, you feel that the most personal part of yourself, the part of you that is supposed to be most private, has been cruelly violated.  Maybe the whole reason this experience was a nightmare was the violation of your privacy. Maybe that violation of consent is humiliating to you.

Or maybe it is humiliating, but you’re still angry. But he’s a friend of all your friends, and you know they’ll believe him over you, and you don’t want to lose your friends. And maybe your image is important in other ways, too. Maybe you don’t want to be seen as “asking for it” because you absolutely weren’t asking for this traumatic thing that happened to you.

And maybe you told someone close to you, in a moment in which you desperately needed a shoulder to cry on, and instead of empathy you saw the skepticism in their eyes, or you saw them look at you in a different way for something that wasn’t your fault. Maybe that taught you that you should bury it, and that you shouldn’t tell people.

Maybe you think that you’re the only one, or that no one will back up your story.

And maybe that person walks around confidently, not caring or thinking about violating the most private, personal parts of yourself without your permission. Maybe you don’t want to see his smile anymore about an incident that gives you nightmares. And maybe going into a courtroom is the last thing you want, because you’ll have to see him again, trying to paint you in the worst possible light.

Maybe you think a lot about speaking up anyway, so you look at what happens when people do speak about sexual assault. And you see that they are consistently demeaned, demonized, seen as “asking for it” or “sluts,”

Maybe that person is powerful, and you’ve seen other women who have spoken up and how that person has ruthlessly ruined their reputations.

Maybe the thought of going to court and paying all the court costs just to see him sit there with a faux-sincere look on his face denying he ripped apart your life is just too much, especially when he is acquitted. Maybe you’re afraid of the smirk that he gives you as he walks away. Perhaps you’re afraid of the way he may laugh about it with his friends and the way your friends will mark you as a liar.

The more I think about the situation, the more saddening and infuriating it is.

And we need to do better.

PS: Thank you to all 33 of the patrons who support this blog. 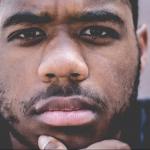 December 10, 2017
Why the concepts of "Personal Responsibility" and "Self-Sufficiency" hurt black communities
Next Post 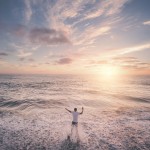 December 31, 2017 Please Believe You Are A Valuable Person
Recent Comments
0 | Leave a Comment
"This is nice content. Actually in this world, education is very important for us and ..."
Ajay Kamboj Why do Christians who rarely read ..."
"The essence of the story is that before the eating of the apple, Adam and ..."
Rich Faussette Eve Is My Hero: An Atheist’s ..."
"God's Holy Spirit helps us understand His Word. His written word is the story of ..."
m cormier Four Things CS Lewis Said About ..."
"Once you read the Bible multiple times, you can see it inerrant. Who cares what ..."
Dr. Jerry Fowler Four Things CS Lewis Said About ..."
Browse Our Archives
get the latest from
Nonreligious
Sign up for our newsletter
POPULAR AT PATHEOS Nonreligious
1