YouTube Atheism Is Poisoning The Image Of Compassionate Atheists

I’m starting to realize that not everyone is a compassionate atheist.

So many atheists are hypocrites. The same atheists who will shame Christians into oblivion for racism, classism, blind cult-like followings, misogyny, and the like, will defend their own “right” to engage in all of the above ferociously. I had no idea about this, before. Here in the writing/blogging world and in much of the convention world, most atheists are compassionate and vocal on these issues, and nearly always on the side of defending marginalized populations.

But these people seem, largely, to have a smaller online presence than the YouTube atheist community, which is often unapologetically and proudly callous when it comes to attitudes towards marginalized populations.  Like the other Republican candidates in the primary race, we writers have, for the most part, tried to ignore them over the years (with a few notable exceptions). And as a result, this YouTube community seems to have been the unencumbered face of atheism, growing its enormous echo chamber.  Those who go on YouTube and look into atheism are going to see that the highest-rated videos are those that are, too often, the ones most spiteful of marginalized groups and those who fight for them.

Now, a quick disclaimer. I think the title “Social Justice Warrior” is misleading. I try to have well-sourced arguments for my positions on a wide array of issues, which gives me several nuanced positions. I’m not saying everyone does this; some simply do not have the time. Others genuinely want to be compassionate and go with the group that seems most compassionate, whether the facts really uphold their case or not. Overall, however, I’ve seen strong evidence that the more compassionate side that often gets labeled “SJW” is more accurate than the other groups that oppose it.

Increasingly, it’s become clear to me that the individuals in the YouTube atheist community are predominantly anti-SJW and seem to be either cold-hearted regarding marginalized groups, or in denial that these marginalized groups exist. The result of this attitude is that Atheism seems unappealing to compassionate individuals looking to see if they can find atheist friends who will support them.

For example, if a woman passionate about her rights in society is wondering what atheists think of women’s rights and whether they’ll listen to her concerns, and types “Atheism Feminism” into YouTube, she’ll see the following 19 titles :

She would also notice that there is one item on the list that is positive — the one with the apparently controversial title, “Feminism did NOT destroy atheism,” and it has less than a 50% “like” ratio.

Also, if you type in “Atheist Feminist,” all the videos on the first page are by The Amazing Atheist (who, as you can see from the above list, is very anti-feminist) — except one, which is by Jaclyn Glenn (who is also anti-feminist).

This is the face we’re putting forward on YouTube as a community. It’s also fairly bad if you type in something like “black people atheism” (as I’ve covered in previous posts). We’ve more than earned our “Atheism and Racism” section in Wikipedia.

You may insist that atheism is “only about a lack of belief in God or gods” all you want, but those outsiders who are checking out atheism are seeing that it is not friendly to marginalized groups.

But it’s not. A lot of these atheists literally make a living out of fighting against the progress social justice movements are working so hard to make.

This wing of atheism is so prominent and harmful to marginalized populations in this country that I’m uncomfortable, these days, recommending atheism to them. Why should they leave church to enter into a community that laughs and decides not to seriously consider its concerns?

I just want to make one thing clear on this blog.

When I argue for atheism, I’m arguing for compassionate atheism, not heartless atheism. I’m arguing for an atheism that left God to embrace the most vulnerable in love, not insult them in callousness.

So I’m changing my focus a bit. I’m going to start arguing for compassionate atheism on my blog. This will mean, practically speaking, a bit less bashing on Christians, and more of a focus on how I love people as an atheist.  Less anti-theistic, and more pro-humanistic, if that makes sense.

If you’ve been following me over the past few weeks, you already know what I mean. I’m out to defend the most vulnerable in this country with a message that, regardless of what they may see online, there are some people here who are willing to listen to their concerns and work to make things better for them, instead of shaming them and insisting their honest concerns are “poisoning atheism.”

This is not by any means (as some new commentators have suspected) the agenda of all of Patheos, or even all of Patheos Atheist (although I know a lot of them agree with me). The way Patheos works is that we are free to write whatever the hell we want on our own blogs (including, but not limited to, atheism). There is no editorial board after they let you on board. And really, we can write whatever we want. Seriously. Unlike several ignorant commentators who have excoriated me and Patheos atheist in general for things I’ve written on this blog, this is ultimately my blog, my property, my choice, and I’ve decided myself that I’m going to be focusing more on compassionate atheism in the future, so far as I can see. Just so you know. 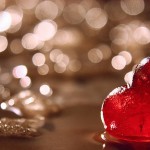 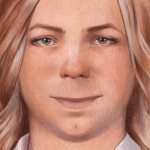