The Art of Ritual: Calling the Quarters

Calling in the quarters 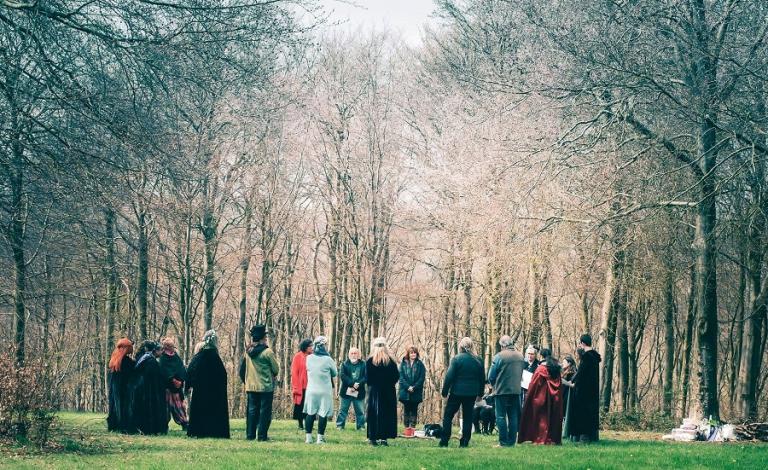 Calling in the elements, calling the quarters, calling the Guardians of the Watchtowers, calling the Elementals – so many names!  But essentially we are calling upon the four elements from the four directions to join us in ritual and to lend their power, energy and protection.  These might be in the form of literally just inviting the elements in or it could be members of the Faerie world such as elementals or something like dragons, but even then you would usually call in dragons that correspond to the four elements.

The elements are Earth, Air, Fire and Water.  They are associated with the four compass directions, North, East, South and West.

You can also call upon dragon magic and invite dragon energy to each quarter or you could call upon four Archangels.   In a more shamanic or Native American style of ritual you might choose to call in the energy of animals to represent each quarter.

Anyone can call upon the elements or call the quarters.  If you are a solitary obviously you will do all the ritual procedures yourself, but if you are part of a group usually members of the circle (rather than the High Priest/ess or Arch Druid) will call the quarters, one for each element.

The elements are called in turn, you will find that most witches start in the North with Earth which represent the goddess as Mother Earth but druids tend to start with Air in the East because the sun rises in the East.  The person will turn and face the direction they are calling to and recite a chant requesting the presence of that element/elemental/quarter to join them in the ritual to add their power and energy to the rite.  In Wiccan rituals the person will sometimes draw an invoking pentagram in the air at the same time.

Each element is then called in turn until all four have been called upon.

Some rituals will have a candle at each direction point, which will be lit when the element has been called, this works well if you are at home but isn’t overly practical on a windy hilltop.

What we sometimes do in our group rituals is pass the talking stick around the circle asking each member to say a word that they relate or associate with each particular element, so for instance with the element of fire people might say; passion, volcano, energy, bonfire etc.

The elements exist in everything and you can quantify them by saying air is the wind, fire is a volcano but the elements are pure they exist in the elemental realms.  We can’t go there but they are places of energy vibration that intersect with our reality.  They are the forces of the entire universe and create the basis of magic.    The elements aren’t just represented by physical effects they also encompass feelings and emotions.  Something like passion and creativity would correspond to the element of fire and emotions are connected with the element of water.

Elementals are categorized within the group of Faerie beings that are associated with the four elements.  Gnomes are Earth, Slyphs are Air, Salamanders are Fire and Undines are Water.  The elementals are powerful beings and each carries with it the characteristics of the element it is associated with.    I think perhaps that the true base elementals are far more raw and undefined than some would believe, but again it is only personal experience that can help you decide.

As with most things the elementals have a hierarchy, not everyone subscribes to this belief but I will share it with you so that you have the details.  Each element has a guardian, a king, a ruler if you will.  Some traditions will have given names for the Guardians of each element or each Watchtower but essentially each Guardian stands guard at the gateway to the element it represents, once you call in that quarter the Guardian will open the door and allow the energy for that element to join you in ritual.   The Guardian not only controls the gateway and whether it opens or closes but also regulates how much energy is required for your ritual.

You could of course call in deities for each of the quarters, all gods and goddesses are associated with one (or sometimes two) of the elements.

I don’t think it matters what exact wording you use to call in the quarters, it doesn’t have to rhyme or be overly dramatic or poetic but always be respectful.  Most people will end each quarter call with the words ‘hail and welcome’ and in a group ritual this is repeated by those in circle.

Don’t forget your visualization skills for this part of the ritual, as you (or whoever it might be in circle) call in each element really use your third eye skills and see and feel that element entering the circle in all its glory.  There are lots of ways to visualize this, see the gateway opening, see the goddess/guardian/animal spirit at each direction, see the element itself or feel the element.

Each element also has a magical tool associated with it so you could place that item at each direction.  So a pentacle would represent earth, an athame for air, a wand for fire and a chalice for water.  You could also use simple representations such as soil or salt for earth, incense for air, a candle for fire and water for water.

You will also find in group ritual that people will tend to turn and face the direction that is being called in often with their arms down but palms facing front and hands open.  Once a quarter has been called they will turn and face the next direction.  You could also hold your arms in the air hands turned upwards.

Arm movements can be used very effectively when calling in the quarters such as using spirals; using your receptive hand start the spiral in the centre and move outwards in a clockwise motion, do this three times as you call in the quarter. (Use your other hand and work anti clockwise to dismiss the quarter at the end of the ritual).

You could also draw elemental symbols in the air at each quarter, or if you are standing on soil or sand you could even draw them on the floor, but perhaps not in marker pen on the carpet…  Earth being an inverted triangle with a line horizontally through it, air is an upright triangle with a line across, water is an inverted triangle and fire is an upright triangle.

At the end of the day do what works for you and sometimes less is more and the simpler you keep it the better it can work, if you are working with a solitary ritual you can just turn to each direction, close your eyes and visualize the element in your mind’s eye, no need for words even or any arm waving at all.

At one of our group rituals we decided to do something a bit different (as is our want) and we got the four quarter callers to take one step into the circle away from the edge, as each one called their element in they held one end of a piece of coloured ribbon, I then took the other end and walked it into the centre of the circle where I tied it to the cauldron.  I did the same for each caller with a different colour ribbon for each element.  When all four elements had been called in I walked to the centre and tied all four ends of ribbon together, binding the four elements to make the fifth element of spirit.

I have listed the four elements against the compass directions that I was taught and that I am comfortable with but it doesn’t make them set in stone, if you prefer to work with them in a different position then go with what feels right for you.   I think you also have to work with the location you are in; if you are on the beach and the ocean is on your right i.e. in the position of East it would seem far more sensible to work with that as your direction for water.

Taken from The Art of Ritual by Rachel Patterson

The Art of Ritual takes you through every step of ritual format from the basics to the more unusual. What ritual is, how to create it, work with it and all the different aspects and stages of putting a ritual together and how to get the best out of it whether you are a solitary or within a group. From set up through the entire process including the cake…this book covers just about all you should need to know to give you the best ritual experience. Drawn from the author’s own teachings and experiences this book also shares a variety or different ritual scripts and suggestions along with those from members of her coven. 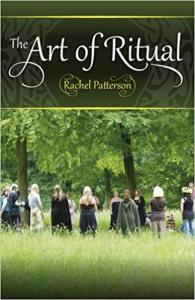 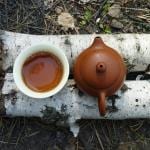 February 21, 2020 The Art of Ritual: Inviting Deity
Recent Comments
0 | Leave a Comment
Browse Our Archives
Related posts from Beneath the Moon 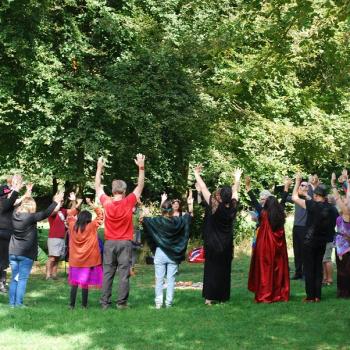 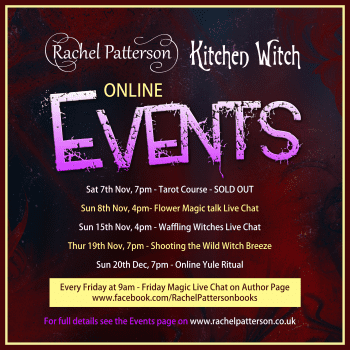 Pagan
Catch me going live...
Beneath the Moon 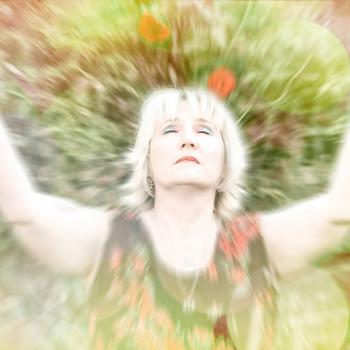