Animal Magic: What’s With All the Different Names?

Animal Magic: What’s with all the different names? 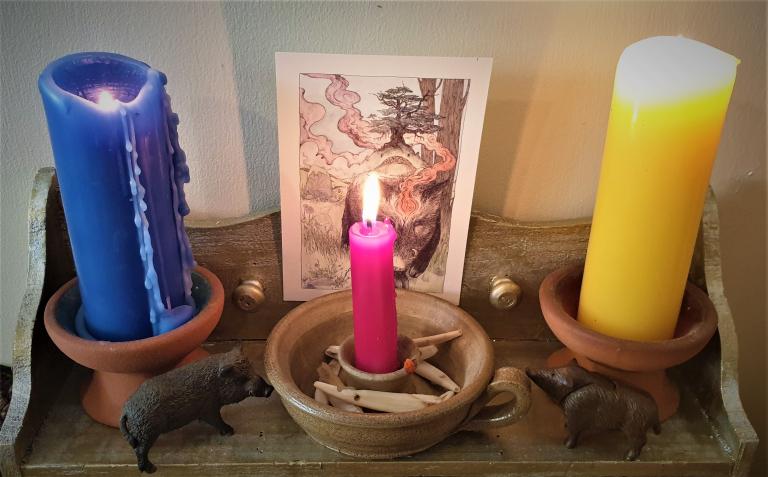 There are many different names for animal guides and it depends on what tradition or pathway you follow and a lot of them seem to be interchangeable.

Totem appears to be one of the more commonly used terms although it is often associated with Native American and Aboriginal tribes.  Then there is animal spirit guide, messenger, companion, kindred animal, counsellor, fetch, medicine, ally and power animal to name but a few.

Interestingly enough when I looked up the word ‘totem’ to find the original meaning.  It says “a totem is a spirit being, sacred object or symbol that serves as an emblem of a group of people such as a family, clan, lineage or tribe”.  So actually it seems that in modern paganism we have twisted the term to mean ‘power animal or guide’.

Spirit guide seems to be the term used mostly in shamanic practices and that makes sense to me because the animal guides are met whilst journeying in the spirit realm/Otherworld.  But a lot of cultures believe that animals have a spirit and the term has been used all over the world.

Messengers and counsellors is a general term applied to those animals that pop in and literally give messages or deliver counsel.

Fetch is an Irish folklore term that means a spirit guide which can be in the form of a person or an animal.  There are varying beliefs about the fetch some say that it is the true spirit of a person and appears in three forms.  The fetch beast, which equates to our ideas of a totem animal, the fetch wyf, a contra sexual spirit of the person whom it guides and the fetch god which is the divine face of our own fetch.  The fetch in this case would be your true or lifelong familiar/totem.

Fetch can also mean a spirit doppelganger spirit that takes on the appearance of someone who has just died or is about to die.  It isn’t actually the ghost of a person but an imitation of someone who is still alive.  Although folklore states that seeing a fetch is a sign that the person it portrays is about to die.

Similarly the word fylgja is from the Norse tradition and means the same as a fetch – a spirit (person or animal) who accompanies a person in connection to their fate or fortune.   A Norse vitki (sorcerer) would not only draw power from his fylgia but could also project his conscious will into it in order for it to carry out magical workings.  The fylgia brought huge responsibilities and power but could also throw hardships and challenges into the mix too.   The fylgia would mould itself to the personality of the person it was attached to and the well being of the human would depend on the well being of the animal fylgia.    Many Norse believed that the fylgia was in fact part of the hugr or soul and that it was capable of leaving the body and projecting itself elsewhere.

Animal medicine is another Native American term which describes the power and spirit that the animal carries within.  Just as you would work with plant medicine for magical purpose animal medicine is the same, it is the essence and characteristics of the animal that can be tapped into.

Power animal is another shamanic term that refers to the idea that the spirit of animals can physically and psychologically empower us, hence the term ‘power’.

Totemism is a system of belief in which people have a mystical relationship with a spirit being such as an animal (or a plant).  The spirit interacts with the group or individual and serves as their symbol.  The term ‘totem’ derives from the Ojibwa word ‘ototeman’ which translates as ‘one’s brother-sister kin’.    The Ojibwa clans used to emulate their animal spirits by wearing animal skins and often named their clans after animals that lived in their immediate area.  Apparently the Great Spirit gifted the toodaims (totems) to the Ojibwa clan as a reminder that clan members are all related to one another.

Group totems are often based on myth or ritual and a particular animal would often become the group totem because of an event or particular moment in the past of the tribe.

Individual totemism is the relationship between a person and a particular animal that they believe can grant them special power.  This type of totemism was often connected with group leaders, chiefs, medicine men or shamans.

Animism is ‘the attribution of a living soul to plants, inanimate objects, and natural phenomena’. The word animism is derived from the Latin word ‘anima’ which means ‘breath’ or ‘soul’.  It is the belief that a soul or spirit exists in every object whether it is an animal, plant or rock.

So what term do I use?

When I first started working with animals and their magic I used the name totem purely because it was the most common term.  But I have to admit it never really sat quite right with me.  I am a Witch, one that works with the old ways, so actually fetch seems to suit me much more.  But…this is your journey, not mine so I would say go with whatever term you find more comfortable.  And in fact your animal may even be able to guide you with the right name for you to use.  Trust your intuition, trust your animal advice.  In general I work with the phrase ’animal spirit guide’.

To watch a replay of my live talk on animal magic, click below 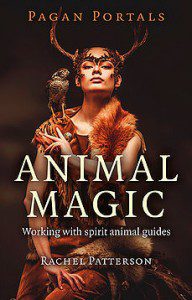 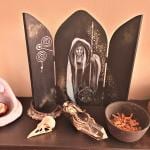 September 29, 2020 Animal Spirit Guides
Recent Comments
0 | Leave a Comment
"Contact Dr Ozigidon if you are have been trying to conceive, I never thought I'd ..."
Naomi Cole Working Magic for fertility of all ..."
"I love the article, thank you! I'm a certified crystal therapist. There's another way that ..."
Christina Vincent Crystal Magic: Choosing and Cleansing your ..."
"Slyph? Hope that's a typo.It never fails to amaze me when anyone associates wands with ..."
Wolf The Art of Ritual: Calling the ..."
"How is everyone this evening I have a question what would you use a woodpecker ..."
Jesse Roberson Using animal parts in magic
Browse Our Archives
Related posts from Beneath the Moon 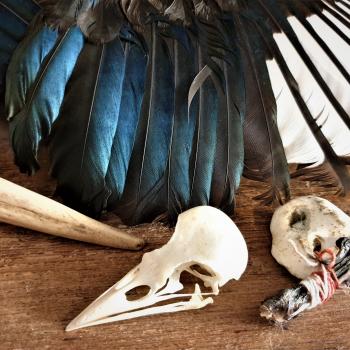 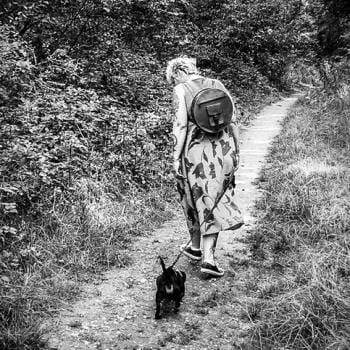 Pagan
A Doggy Witchcraft Connection Boost
Beneath the Moon 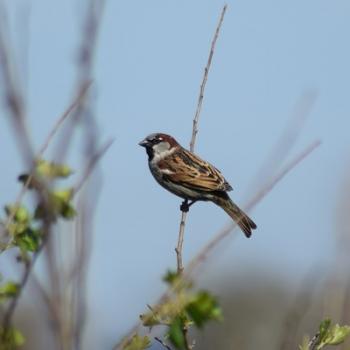 Pagan
It’s just a sparrow...
Beneath the Moon 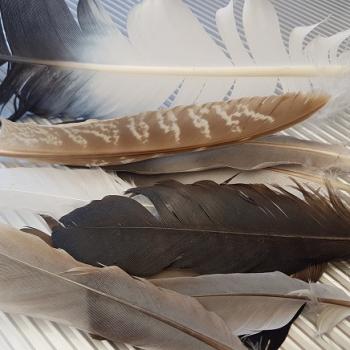 Pagan
Birds: The magic of feathers
Beneath the Moon
TRENDING AT PATHEOS Pagan