A Big Win for Religious Liberty in Canada

A Big Win for Religious Liberty in Canada May 31, 2018 John Ehrett

I’ve written here before about the unavoidable tension between conceptions of “universal human rights” and the practices of individual communities. In light of that discussion, a decision today by the Supreme Court of Canada—Judicial Committee of the Highwood Congregation of Jehovah’s Witnesses v. Wall—is particularly interesting.

Judicial Committee involved a member of a Jehovah’s Witnesses congregation who was “disfellowshipped” after being deemed insufficiently repentant for sinful behavior. The congregant appealed the decision to a higher church body, but that committee affirmed the disfellowshipping decision. Dissatisfied with this outcome, the congregant sued the church in secular court for “judicial review of the decision to disfellowship him”—that is, he sought to have the government weigh in on whether the church’s disciplinary action was proper. Remarkably, both the initial judge in whose court the case was brought, and later a majority of judges on the Court of Appeal (Canada’s intermediate appellate court), agreed with the congregant that the church’s internal decision could be reviewed by the government.

It is difficult to overstate the stakes involved here. Had the Court of Appeal’s ruling stood, any religious organization that disciplined its members would be risking legal liability. And this, in turn, would effectively nullify churches’ ability to enforce internal boundaries, including those pertaining to biblical standards of personal conduct. A church member living in unrepentant sin, if excluded from Holy Communion by their church, could bring a lawsuit and presumably seek reinstatement.

Fortunately, Canada’s Supreme Court reversed the lower court ruling in a 9-0 decision, holding that “there is no free standing right to procedural fairness with respect to decisions taken by voluntary associations.” In other words, the congregant couldn’t challenge the church’s decision by asserting that some secular principle of “fairness” had been infringed. The court further explained that “courts should not decide matters of religious dogma,” since “[t]he courts have neither legitimacy nor institutional capacity to deal with such issues[.]” One might think that these observations are simply common sense—are judges really equipped to pore over volumes of Jehovah’s Witnesses theology in order to determine whether a disciplinary action was wrongful?—but evidently, this wasn’t so obvious to the Court of Appeal.

A similar American case, Hosanna-Tabor Evangelical Lutheran Church and School v. EEOC, likewise found (unanimously) that a “called” Lutheran teacher could not bring a wrongful termination case against the church that had employed her. As Chief Justice Roberts wrote, “[b]y requiring the Church to accept a minister it did not want, such an order would have plainly violated the Church’s freedom under the Religion Clauses to select its own ministers.” While Canadian precedent leaves greater room for employment-related claims to be brought in the ecclesiastical context, the fundamental principle—that secular courts ought not interfere with the internal norms of religious organizations—clearly comes through in both Judicial Committee and Hosanna-Tabor.

There are many ways in which the Canadian jurisprudential landscape is far different from the American—notably, protections for individual rights are balanced against one another and the public good, rather than operating as “trumps” that can be invoked to strike down infringing policies. But nevertheless, from an international perspective, this is probably one of the most significant religious liberty cases to come down in some time.

More crucially, as a matter of first principles, it’s the right decision. In the Canadian Supreme Court’s own words, “religious groups are free to determine their own membership and rules; courts will not intervene in such matters save where it is necessary to resolve an underlying legal dispute.” If religious liberty means anything at all, it means this. And in an age where traditional religious beliefs are increasingly in tension with evolving public mores—at least in the developed West—such protections will only become more important. 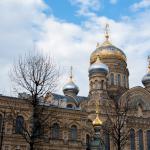 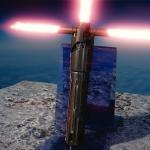 June 6, 2018 Jedi Protestantism: How to Fix the "Star Wars" Saga
Recent Comments
0 | Leave a Comment
Browse Our Archives
get the latest updates from
Between Two Kingdoms
and the Patheos
Evangelical
Channel
POPULAR AT PATHEOS Evangelical
1