“Ready Player One” and the Triumph of Anti-Culture

On the right we have sociologist Philip Rieff, the first to coin the term, who used it to refer to the breakdown of order, discipline, and self-restraint that serve as the foundations of any civic project. In Rieff’s account, an unlimited quest for self-gratification is fundamentally incompatible with the cooperative pursuit of common goods. To put it bluntly, civilization requires rules, and “anti-culture” is that which erodes the foundation for such rules.

On the left we have the critics of neoliberalism, who identify as “anti-culture” a ubiquitous global stew of Western consumerist ideas. Somewhere at the intersection of Coca-Cola, Transformers, and Victoria’s Secret, traditional ways of life are being dissolved in the acid of materialism. (And they have a point: the central business districts of Moscow, Tel Aviv, Paris, and New York are virtually indistinguishable.) Anti-culture, then, is the lowest common denominator of cross-cultural interaction.

It’s not surprising that these factions of cultural critics often talk past each other. Different definitions result in different assignments of culpability for the rise of anti-culture: conservatives blame ever-laxer moral standards, and the left blames hegemonic capitalism. But on closer inspection, it appears that both sides are indeed grasping toward some shared and dimly understood concept, even though it’s hard to pin down what that might be.

“Ready Player One” does that job for us. In book and film forms alike, it epitomizes both concepts of anti-culture—the hedonic and the denatured.

For those unfamiliar, the story sketches a dystopian future in which the Internet has merged seamlessly with virtual reality technology. The resulting space—the OASIS—is an ultra-immersive domain where most people spend most of their time. Soon, the world learns that the mysterious creator of the OASIS has died, leaving a trail of pop cultural clues behind him; the first to decipher them will inherit not only a vast fortune, but dominion over the entire online realm. Our hero, teenage game junkie Wade Watts (played onscreen by Tye Sheridan), sets out on a quest to save the OASIS from the corporations seeking to take control. (By “take control,” I mean “put pop-up ads everywhere.”) And that’s pretty much the end of it.

Sure, there’s a sense in which all this is just blandly derivative of prior works—a kind of hybrid of “Willy Wonka and the Chocolate Factory” and “The Matrix,” with shades of “Black Mirror.” But from the start, what’s missing is a relentless refusal to subject the premise to any sort of analysis. An early shot features Wade making his way through the ramshackle trailer park that serves as his neighborhood. Through the windows of decrepit buildings, we glimpse people of every age hooked into virtual-reality systems, shouting and gesticulating wildly at the air. In most other stories, there’d be an element of menace to all this (after all, the entire “Matrix” trilogy hinged on emancipation from technological systems of control).

Here, though, such disconnection from reality is just the norm. We viewers don’t question whether this state of affairs is desirable; we simply lose ourselves in a rush of color and spectacle. And in the hands of director Steven Spielberg, it’s quite a show indeed.

Elements of this spectacle are quite familiar; perhaps the most notable characteristic of “Ready Player One” is the way in which it’s been cobbled together from other elements of pop culture—particularly, as one might expect, video games. Both book and novel are positively swamped with branded content: we catch glimpses of Tracer from “Overwatch,” the Spartans from “Halo,” Brad Bird’s Iron Giant, Mechagodzilla, and any number of others. In its dependence upon the almighty power of product placement to transcend all considerations of class and station, “Ready Player One” falls squarely within the the leftist notion of anti-culture.

At the most superficial level, this is all just harmless fun. But after the dozenth callback to a preceding piece of pop culture, one can’t help wondering whether the whole show is nothing more than glossy fan fiction. Some of the more galling tendencies of the original novel were its relentless fetishization of the 1980s and its cannibalization of other creators’ work (to the point of making the text almost unreadable beneath a sea of references), and both problems are reflected onscreen.

The actual meritoriousness of these references is debatable: “Ready Player One” aims to elevate video games into the pantheon of pop-cultural touchstones. I’ll admit that I’m somewhat sympathetic to the arguments that games are art—I’d argue that titles like “Firewatch” and “BioShock” have thematic and narrative sophistication on par with most mainstream movies.

But this may be changing. The classic business model for video games—plunk down $50 for a game, play it with your friends, rinse and repeat—is rapidly going the way of the dodo. In its place has emerged an economy of titles based on “microtransactions”—games that are free to play, but that may be augmented by an endless number of $1-5 purchases. The system works—indeed, it’s more profitable than the old model—because the risk-and-reward cycle of gameplay triggers neurochemical responses, which can be leveraged into infinite impulse purchases. There is no “art” here, just advertising science.

Apart from the obvious ethics questions, the microtransaction innovators have hit on something profound about the nature of video games: the encounter with a video game is fundamentally different from the encounter with another piece of media. In the gaming space, “good game” and “bad game” often refer to titles’ relative capacity to produce these risk/reward pleasure responses. They do not necessarily refer to narrative depth, visual design, or anything else typically associated with human creativity. This is what differentiates a work like “Ready Player One” from Alan Moore’s “League of Extraordinary Gentlemen” (which hinges on the interactions between characters from classic British literature). In the first case, the references are callbacks to fleeting bursts of dopamine; in the latter, the references are contextualized by—and cannot really be understood apart from—a distinct narrative tradition.

All that to say: some games may be art, but most aren’t. Most are just escapes from reality, and Pac-Man is no Captain Nemo.

For what it’s worth, I’m not proud of the fact that I can recognize lots of the video game characters who populate the OASIS. The time I’ve spent playing games is time I’ve spent in a stupor disconnected from reality: I’ve learned the hard way that time spent gaming (or otherwise jacked into the Internet) is time spent not creating. I’m reminded of an interview I once read in Boy’s Life magazine with a video game tester. When asked about his interests beyond fixing digital glitches, he answered that he’d simply go home and play some more, because he “really love[d] games.” What really made the interview was the accompanying image—a skinny man in his early thirties, with a slack-jawed, slightly vacant expression.

That is no way to live. And yet “Ready Player One” largely seems to insist that it is. (To be entirely fair, Spielberg does periodically try to redirect the film’s focus to the real world—but he’s fighting an uphill battle against the source material.)

But what does it mean to spend one’s days in a world built around pure sensory ecstasy?

It means that uninhibited pleasure becomes a good in itself. And true to form, nearly every plot point in “Ready Player One” centers on the future of the OASIS—a storytelling choice that, upon reflection, doesn’t make much sense. The film’s stakes are spectacularly low: assuming the villains prevail, the only real, tangible harm is that advertising comes to the virtual-reality world (yes yes, I realize that these villains do plenty of other bad things in the film, but their ultimate end goal isn’t terribly nefarious). In a very real sense (apologies to the Beastie Boys), Wade is doing little more than fighting for his right to party.

And here we have a full flowering of Rieff’s conservative conception of anti-culture: the OASIS is an anarchic space devoid of the responsibilities, rules, constraints, and expectations of the physical world. To lose oneself in the OASIS is to dwell in a domain that is infinitely malleable, infinitely organic, infinitely detached from any coherent teleology. Things never quite cross the line into the neo-Gnostic fantasy of digital self-transcendence—total union with the cyber absolute—but they come pretty close. Why build anything that lasts beyond one’s life? Why limit oneself to learning and growing in the real world? In the OASIS, ye shall be as gods.

It may be an overstatement to claim that “Ready Player One” epitomizes the worst pathologies of modern culture, but in many ways it does. Yes, it’s entertaining and escapist, and features top-shelf computer effects, but its messages are profoundly ugly. And in an ironic twist, it slices at the very foundation of Spielberg’s cinematic canon: the experience of primordial wonder in the face of the unknown.

There is no wonder, after all, in a carefully constructed world of code. It’s all quite meaningless. 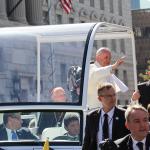 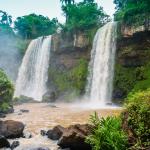 May 16, 2018 Moloch in the Dock
Recent Comments
2 Comments | Leave a Comment
Browse Our Archives
get the latest from
Between Two Kingdoms
Sign up for our newsletter
POPULAR AT PATHEOS Evangelical
1

Looters and Rioters Don’t Care About...
The Chorus In The Chaos
Related posts from Between Two Kingdoms 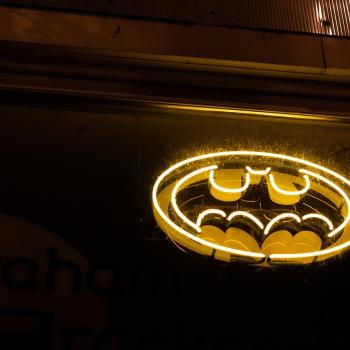 Evangelical
Aristotle and the Architecture of Gotham City
Between Two Kingdoms 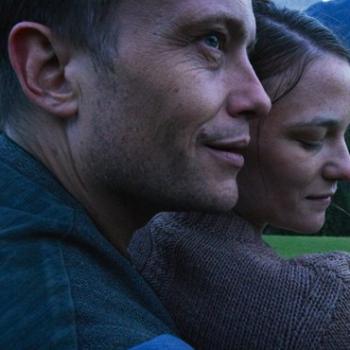 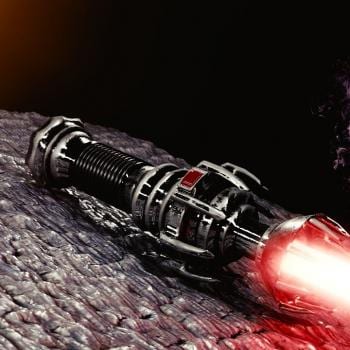 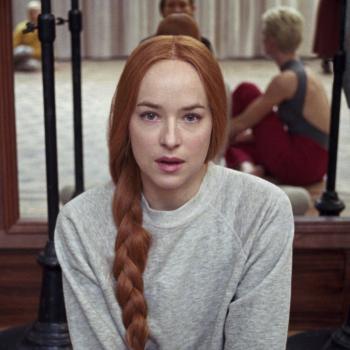