Against the “Hermeneutic of Harm”

Against the “Hermeneutic of Harm” October 10, 2018 John Ehrett

I’ve written in the past about the fascinating rise of “exvangelical” or Christian culture—created largely by those who grew up in conservative churches but have since repudiated aspects of their theological upbringing. Maybe one reason I find this content so intriguing is that I understand where it’s coming from: as someone who grew up in 90’s-00’s Christian culture, I think there’s more than a kernel of truth in some of the critiques of American McReligion (did anyone really need a Christian-branded knockoff of every mainstream band?) Far be it from me to deter anyone from trying to love God and follow Jesus even while feeling disillusioned by the church (however understood)—in fact, this path can often lead to a deeper appreciation for the church’s rich history and tradition. It certainly did for me.

But to be sure, there’s a lot I disagree with in the “exvangelical” (or, perhaps more accurately, “progressive evangelical”) space. Perhaps my greatest difficulty with this “movement” is neatly epitomized by a particular theological-rhetorical development I’ve recently noticed: something I’ll call the “hermeneutic of harm.”

What exactly counts as harmful or as “bad fruit”? Your guess is as good as mine. And indeed, this is the precise puzzle underpinning Alasdair MacIntyre’s classic book After Virtue. In MacIntyre’s telling, modern life is fragmented by competing traditions of moral inquiry—utilitarianism, Kantianism, Thomistic Aristotelianism, and so forth. This breakdown, in turn, precludes the possibility of meaningful debate.

Suppose a Kantian—one who rejects any framework in which human beings are treated as means to ends—adopts a position opposing slavery for that reason. A utilitarian—who prioritizes achieving the greatest good for the greatest number—has no reason to treat the Kantian’s antislavery claim as legitimate in any way. Each person’s parameters of moral reasoning, the very framework within which the debate unfolds, are simply too different to allow for sustained systematic reasoning towards a definite conclusion. As MacIntyre would say, the two paradigms of moral reasoning are incommensurable.

At first blush, MacIntyre’s insight seems obvious. So how does this matter in practical terms?

Consider the problem of hate speech on social media. There’s been a lot written about how tech companies have struggled to articulate clear standards for what speech is acceptable or unacceptable on their platforms. Tech behemoths have promulgated murky codes of conduct devoid of clear standards, sparking outrage from both far-left and far-right quarters. On the surface, this looks like administrative breakdown. But for anyone who’s read MacIntyre, the practical effect of recent countermeasures isn’t hard to ascertain: online, what qualifies as “hate speech” often appears to be any attempted invalidation of another person or group’s rights-claim.

If someone argues in the abstract that they should enjoy a given right—that religious liberty should be protected, that LGBTQ persons should have greater freedom, etc.—there’s no problem. Where problems arise is when one party questions another’s assertion. If Bob asserts that he has a right to healthcare as a native-born American, and Angie steps up to say no, Bob, you don’t have that right, Angie will likely face the wrath of the algorithms. In denying that Bob’s assertion of a right is legitimate, she has “harmed” Bob. (There may be some asymmetry in the enforcement of online hate speech norms, but the chain of reasoning generally seems to follow this template. It’s also worth noting that there are far more coherent conceptions of hate speech than this one: philosopher Jeremy Waldron—a Christian, incidentally—makes a particularly interesting argument in his book The Harm in Hate Speech.)

The operative concept here is right: in deploying such language, the speaker invokes the rich (and heavily Christian) tradition of reasoning about human dignity from a transcendent perspective. (After all, one cannot coherently argue for the social construction of rights while simultaneously denouncing the moral evils of the past.) When push comes to shove, most of those who employ the hermeneutic of harm acknowledge the existence of a timeless moral law. Rights-claims—which fall within that law—are thus sacrosanct.

Here’s the problem: for rights-claims to be meaningful, they cannot all be valid. In last year’s Masterpiece Cakeshop Supreme Court case, which pitted a baker’s free exercise of religion against a gay couple’s right to obtain goods without experiencing discrimination, somebody had to lose. Somebody’s rights-claim had to yield to the other person’s. And when incommensurable moral traditions are involved (as they were in Masterpiece Cakeshop), any decision handed down will appear to be an exercise of naked power. There is simply no shared tradition of reasoning or values to which all may appeal.

To adopt the hermeneutic of harm is to tumble headlong into this MacIntyrean dilemma, divesting the Bible of any moral authority whatsoever. When each individual becomes the arbiter of what “helps” and “harms” them, the Christian practice of reasoning from Scripture (and tradition) devolves into a welter of splintered rights-claims. Resolution and consensus—and, for that matter, serious theological debate—become impossible.

I once stumbled across a stray website hosted by “Christian” white supremacists, who identify as “kinists” and argue against interracial relationships on the basis of tortured biblical exegesis (clearly, someone never read Numbers 12). In the unlikely world in which I encountered a kinist in person, to highlight the illegitimacy of his rights-claim—that is, his alleged “right” to a pure ethnic patrimony—I might note how the overwhelming weight of tradition and textual interpretation militates against his position. But doing so would effectively abandon the hermeneutic of harm: it would acknowledge that dismantling his racist position required a moral grammar beyond my personal judgment of “harm” and “bad fruit.” Else, what would prevent him from simply pressing his rights-claim as an absolute defeater of any argument I might raise? Why couldn’t he simply argue that my reading of the text causes harm to him? In short, the hermeneutic of harm makes meaningful engagement impossible, launching reasoning about Scripture into the netherworld of subjectivity.

Now, the proponent of the hermeneutic of harm will surely dismiss this case as extreme and implausible—of course nobody takes that sort of racist garbage seriously. But does the hermeneutic of harm provide an independent basis for drawing that conclusion? Insofar as it relies on strictly subjective judgment—what Evans refers to as “[i]nstinct, intuition, conscience, critical thinking”—it cannot. The ability of the hermeneutic to align one’s interpretation with timeless moral truth depends on one’s pre-Scriptural ethical commitments, which (as MacIntyre notes) no longer fall within the contours of a single coherent tradition. Once again, the incommensurability serpent rears its head, and serious engagement dissolves in the acid of modernity.

To be sure, just because this particular hermeneutic proves defective doesn’t mean that arguments for progressive readings of the text automatically fail. One might theoretically argue that, in light of modern historical scholarship, Scriptural proscriptions on same-sex sexual behavior must be understood within a particular cultural milieu. Or one might contend that the existence of the mysterious Apostle Junia provides inferential support for the ordination of women. Those debates, of course, have raged for decades and generated an enormous literature. But at least those debates—no matter what one thinks of them—assume there are real answers to the relevant questions and that the “losing” side ought to assent. In so doing, they take Scripture seriously. The hermeneutic of harm, by contrast, does not.

There are far better, and sounder, models than this. 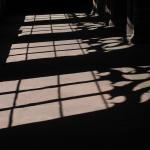 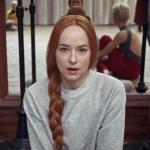 December 6, 2018 "Suspiria" and the Hidden Sacred
Recent Comments
3 Comments | Leave a Comment
Browse Our Archives
get the latest updates from
Between Two Kingdoms
and the Patheos
Evangelical
Channel
POPULAR AT PATHEOS Evangelical
1 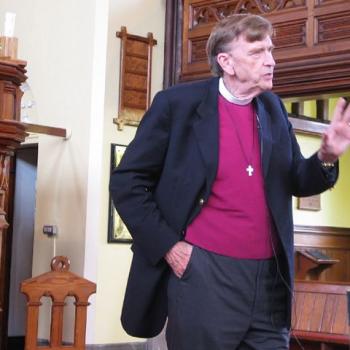 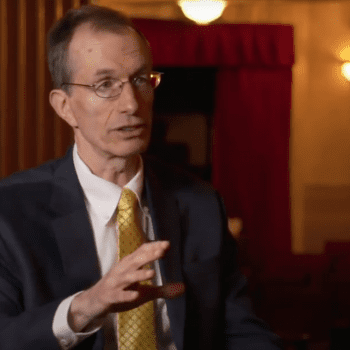 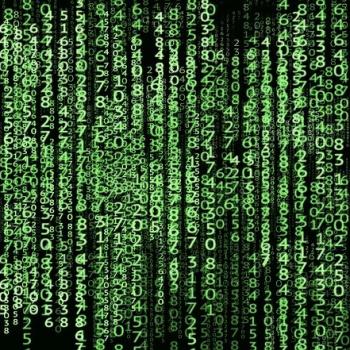