How (Not) to Write About Natural Law 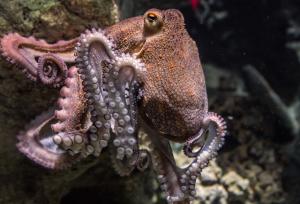 Every so often, one runs across an argument that is so spectacularly flawed it cannot even be described as “bad”—one that suffers from a category error so profoundly flawed, it’s tantamount to walking into an Apple store and complaining that they don’t have any Fujis or Granny Smiths. Kathryn Joyce’s recent diatribe against natural law thinking (and against Princeton professor Robert George, its prominent exponent) in the pages of The New Republic is one such argument.

In a nutshell, the piece is an exercise in hand-wringing over the influence of natural law theory on recent administrative developments in the U.S. State Department—specifically, the mandate of the new Commission on Unalienable Rights to promote “fresh thinking about human rights discourse where such discourse has departed from our nation’s founding principles of natural law and natural rights.” Unsurprisingly, Joyce deems this shift to be a smokescreen, a shift in language used to justify a refusal to recognize “reproductive healthcare, sexuality or gender identity” as human rights.

There are numerous problems with her reading, but chief among them is the conflation of natural law theory with divine command theory—that is, the view of ethics that treats morality as essentially a set of propositions willed by God. Joyce quotes a professor who claims that “[a]ccording to this theory, God established a rational order to the universe, and the rules he has set are thereby ‘laws’ for all rational beings. Aiming at the natural goods for one’s species is thus commanded by God.”

It is difficult to conceive of a more fundamental error. Natural law has never been conceived as a set of propositional ground rules to which God orders creation to conform, like a kind of cosmic umpire. Rather, to call an action “good” is to say that it is in accordance with one’s nature. On this account, no additional “command” is necessary for an action to be good or bad; the concepts of good and bad are themselves pegged to the natural order of things. (To be sure, I would argue that natural law points in an irreducibly theistic—albeit not specifically Christian—direction, but for different reasons.) This is why, on a natural-law theory of ethics, David Hume’s famous is/ought distinction makes little sense.

For the most part, notions of natural law only spark controversy when they implicate current social debates. Outside that context, we quite regularly deploy them (albeit unconsciously). For instance, the uncontroversial proposition that octopuses don’t compose sonnets is a statement rooted in natural law: were an eight-limbed mollusk to pen such a poem, that mollusk would not be an octopus at all, but rather something else. And similarly, what is essential to the flourishing of an octopus (immersion in water) is not something necessary to the flourishing of a human being. Obviously much more could be said (and few arguments from natural law are that straightforward or incontestable), but it’s sufficient to note that the basic contours of natural law theory raise few eyebrows outside the context of arguments over abortion and sexuality.

While that misunderstanding is the most egregious, other errors pile up thick and fast. Joyce lambastes George for penning a book “with the dystopian title Making Men Moral, arguing that it’s valid, even in a pluralistic society, to impose morality laws on the populace.” But unless Joyce is a thoroughgoing anarchist (which I doubt), she fails to grasp the scope of her claim: surely, to the extent a law against murder is predicated on the judgment that murder is wrong, it too is a “morality law.” What Joyce objects to is the number of morality laws George would countenance—and that is a quite different debate.

Along the same lines, Joyce decries the conservative perspective that in recent years “the concept of human rights has been stretched beyond recognition.” But if one looks to early catalogs of human rights and compares them to those on offer today, that perspective is indisputably true. Now, Joyce might certainly argue that early conceptions of human rights were inherently incomplete, or that the range of human rights inevitably changes as the preferences of the majority shift, but she offers no support for either position. (Not that it would much help her case if she did: the former view is grounded in the very natural law thinking she endeavors to reject, and the latter offers her no external ground from which to critique any “democratically legitimated” rescission of previously extended rights.) As far as we know, Joyce’s account of human rights falls prey to Alasdair MacIntyre’s immortal quip that “there are no such rights, and belief in them is one with belief in witches and in unicorns.” At least, she has given us no reason to think otherwise.

One could go on. But at bottom, perhaps the most depressing aspect of Joyce’s article is how shallow her whole critique is. Where questions of human rights and natural law are on the table, a good thinker hopes their interlocutor will have the audacity of a Peter Singer, the intellectual depth of a Martha Nussbaum, the meticulous precision of a Jürgen Habermas, or the paradigm-shifting ingenuity of a Ronald Dworkin. They, at least, are unafraid to grapple seriously with the implications of the issues they confront.

But Joyce, like so many others in this current moment, is content merely to invoke the specter of “extremism.” And that makes for dull conversation indeed. 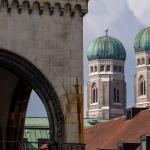 June 2, 2019
The Death of Liberal Democracy: A Few Notes on the Ahmari-French Controversy
Next Post 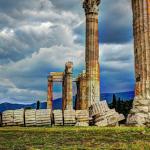 June 23, 2019 Confronting “The Limits of Liberalism”
Recent Comments
0 | Leave a Comment
"Yes? I don't disagree and neither would the OP I think. The answer can be ..."
Steven Watson Bishop Spong’s Radical Gambit
"'Modern' thinking would consider such pleasure natural; as in understandable. But certainly not good. or ..."
My Little Cronenbergs: Mutatio Bishop Spong’s Radical Gambit
"For example, if I take pleasure in the misfortune of someone I dislike, is this ..."
Steven Watson Bishop Spong’s Radical Gambit
""The terms are creations of the Left" - begun, perhaps, by that radical revolutionary Jesus ..."
Summers-lad What “The Rise and Fall of ..."
Browse Our Archives
get the latest updates from
Between Two Kingdoms
and the Patheos
Evangelical
Channel
POPULAR AT PATHEOS Evangelical
1