For better or for worse, there’s not that much internal drama among Missouri Synod Lutherans—or, at least, internal drama that’s interesting to those in other traditions. By contrast, the last few years have witnessed some much higher-profile debates within other denominations: the United Methodist Church’s “conservative turn” following an influx of African members; Presbyterians’ debate about LGBT identity following the “Revoice” conference; and now Southern Baptists’ conversation about critical theory and the church.

That conversation is the centerpiece of By What Standard—a long-anticipated, and highly controversial, documentary just released by Founders Ministries, a Reformed Baptist ressourcement group within the Southern Baptist Convention (“SBC”). By What Standard comes on the heels of a highly charged development in SBC internal politics: a few months ago, the SBC passed “Resolution 9” at its annual convention, which provided for the use of “critical race theory and intersectionality . . . as analytical tools subordinate to Scripture.”

To say the response to this resolution was “explosive” doesn’t do it justice: the resolution triggered a backlash and accusations of heresy against virtually every SBC leader and established SBC institution—even such conservative stalwarts as Albert Mohler and Russell Moore (who, lest we forget, was previously head of the Council on Biblical Manhood and Womanhood—not exactly a bastion of radical feminism). By What Standard—with its high production values and extensive interview footage—is perhaps the most sophisticated exemplar of this backlash.

The documentary proceeds in two stages. The first half of the film chronicles a recent turn in the SBC towards more liberal views of women’s roles in the church—not “women’s ordination,” exactly, but an invitation for women to perform the essential functions of preaching and pastoring. The second half is an attack on “critical theory” more broadly—in particular, the premise of critical race theory that that racism is best understood not as a matter of individual intentional discrimination, but as a lattice of broadly inequitable systems and structures of power.

Not being a member of the SBC myself, I’ll leave much of the internal politicking to those who know better, and instead keep my thoughts at a fairly high level. Perhaps most significantly, it strikes me that the philosophical analysis on offer in By What Standard is a little threadbare. Not surprisingly, the film largely lays the blame for the prevalence of “critical theory” tropes (oppression, power, privilege, etc.) at the feet of Marx, Gramsci, and the Frankfurt School, and tends to paper over the fundamental differences between these groups of thinkers (as well as their predecessors and contemporaries addressing similar issues).

That confusion is perhaps understandable, since none of the popular terms for the phenomenon at issue—“cultural Marxism,” “postmodernism,” “critical theory,” “campus leftism,” etc.—really does full justice to the complex set of philosophical considerations involved. That’s because, although there’ve been lots of efforts to argue for one, there’s not really a satisfying intellectual through-line that connects Marx to the modern disciplines of gender and ethnic studies or to the concept of intersectionality writ large. As anyone who’s even cursorily followed the development of American leftist politics is well aware, supporters of Bernie Sanders—who holds at least some traditionally Marxist views—often find themselves clashing most savagely with proponents of an intersectional approach to politics that treats economic class as merely one of many axes of oppression. This is because the intersectional approach renders classical Marxist efforts to organize the working class—a process that inevitably involves the “flattening” of certain identity characteristics in the name of solidarity towards a common end—inherently oppressive, or at the very least paradoxical.

What the participants in this conversation are grasping towards, conceptually, is perhaps best termed the genealogical approach to analysis. The genealogical approach proceeds by ruthlessly interrogating the origins of concepts and ideas that are taken for granted within a given social context, tracing them back to the point of an original exercise of arbitrary power. On this approach, there is no such thing as a natural law or natural order within which individuals flourish according to their kind.  There is only the raw “stuff” of the world upon which powerful actors impose their authority.

Among proponents of the genealogical approach, Nietzsche—with his assertion that the moral claims of Christianity were first crafted by priests seeking to transform their physical weakness into spiritual authority—is perhaps the best known. But the core themes of the genealogical approach are traceable back further still—both to David Hume’s insistence that one cannot derive an “ought” of moral obligation from the “is” of the given order, thereby rendering all moral claims exercises in essentially arbitrary power, and to William of Ockham’s theological claim that God is best conceived as absolute, omnipotent Will. In view of this larger concept of the genealogical approach, it seems to me that By What Standard both wins the battle and loses the war.

Broadly speaking, the film may be viewed as making two independent arguments: (1) the elements of the genealogical approach that the SBC has adopted will likely lead to a wider rejection of core theological claims; and (2) the genealogical approach is, fundamentally, the wrong way to approach theological claims. I agree with both of these arguments as written, although By What Standard largely fails to establish the second one. But let’s consider them individually.

First, it seems obvious to me that since the genealogical approach is founded on the rejection of hierarchies of power tout court, these “analytical tools” are not philosophically neutral. On the terms that the genealogical approach—and contemporary critical theory—permit, there seems to be little basis for treating racism any differently than the “misogyny” (their words, not mine) of the SBC’s strict approach to gender roles. I thus find it difficult to believe that the introduction of these concepts will not have a destabilizing effect on the SBC’s doctrinal commitments as a whole. On that front, I think By What Standard gets it right.

The second argument that By What Standard wishes to make—that the genealogical approach is defective in itself—is a crucial one, but one that the film largely lacks the philosophical resources to adequately address. In developed form, the genealogical approach argues that traditional Christian moral claims are illegitimate—whether or not God exists—because of the fundamental inequality in power between God and human beings and the apparent arbitrariness of God’s commands (shades of Milton’s Paradise Lost here). Yet the film generally declines to challenge that premise, or otherwise develop the argument that there is an essential, objective harmony between natural human happiness and Christian theological claims. Instead, By What Standard simply argues that God’s sovereignty is to be respected because God is God, the Creator.

Classically speaking, though, “sovereignty” is only half the story: the Church has traditionally taught that God’s infinite power is not unintelligible or irrational power. The creative power exercised by God—by which every finite thing exists and flourishes according to its kind—is of a fundamentally different metaphysical order than the derivative power exercised by one human over another. Only the latter, more nuanced view of God’s sovereignty offers a genuinely satisfying rejoinder to the premise underlying the genealogical approach—that unequal exercises of power are intrinsically oppressive by nature. The classical view asserts, over against the genealogical approach, that (1) all kinds of power are not alike, and (2) because God’s power to create things is also the power by which created things flourish, all exercises of derivative power are not irrational; temporal power ordering things toward their proper flourishing is inherently liberating.

To be sure, By What Standard isn’t alone in declining to make this sort of argument. American evangelicalism as a whole has largely lost this vocabulary and conceptual framework. But it seems to me that these are the weapons with which the genealogical approach must necessarily be countered.

By What Standard left me with a lot of other questions that don’t have ready answers. For instance, wholly apart from questions of critical race theory, does an institution founded for undeniably racist reasons (the SBC was formed following a split over slavery) perhaps have a greater responsibility to combat racism in society as a whole? Do seminary professors have an obligation to teach only “approved” doctrines, or may they properly expose students to competing traditions in the course of educating them? Has a political and cultural gulf opened up between the “evangelical elite” in the upper tier of the SBC and the rank-and-file members in the pews?

Perhaps subsequent posts will take up some of these issues. For the moment, suffice it to say that By What Standard is undoubtedly going to cause a stir in SBC quarters—and that may not be entirely a bad thing. Substantial questions deserve substantial reflection. 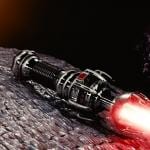