Umberto Boccioni and the Joyful Future

Umberto Boccioni and the Joyful Future May 20, 2020 John Ehrett 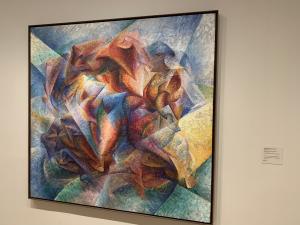 Among proponents of an emerging “Christian postliberal” vision of life, one of the most common themes is the need to reclaim a sacramental understanding of reality—an understanding of the cosmos as more than simply a reserve of natural resources given for technological exploitation and domination, as itself a theophanic manifestation of God’s beauty. I certainly share that commitment. But I can’t help noticing that, all too often, Christian postliberals struggle to articulate a compelling philosophy of technology.

Specifically, high-profile proponents of postliberalism—whether one turns to Eugene McCarraher’s The Enchantments of Mammon, John Milbank and Adrian Pabst’s The Politics of Virtue, or Thomas Crean and Alan Fimister’s Integralism—tend to endorse the gauzy ideals of preindustrial Christian socialism, or some form of distributism. But as Texas A&M professor James Rogers has pointed out, these alternatives to contemporary “neoliberalism” come with plenty of baggage. The world is certainly capable of providing the necessary resources for human subsistence—but absent modern technology, the scale of that production would be enormously reduced. A return to premodern economics would likely lead to massive impoverishment, not to mention the return of famines and droughts as apocalyptic scourges.

Accordingly, it seems to me that a cohesive, modern-day understanding of human flourishing—and the common good more broadly—requires serious theological engagement with the process of industrialization and the digital revolution. Any transformed Christian social order of the future cannot turn back the clock further than that.

Fortunately, the starting place for such reflection need not be the realm of abstract theory, but rather the work of an Italian futurist painter of the early 1900s named Umberto Boccioni.

Boccioni’s futurist paintings—featuring vivid and contrasting colors and sharp, jagged angles, with a suggestion of the fractal beneath the surface—immediately seize the viewer’s attention. They are simultaneously abstract and representational, depictions of dynamism and energy loosely bundled into contiguous forms. The Boccioni painting that first caught my eye—Dynamism of a Soccer Player—is suffused with a driving forward momentum that sweeps the viewer into the canvas, quickening the pulse in an explosion of real exuberance.

Crucially, in these paintings, the cosmos of our experience is glimpsed from a perspective that is simultaneously intelligent and yet wholly other, nonhuman. Immanuel Kant famously argued that our thoughts are unavoidably shaped by the categories our mind superimposes on the raw stuff of experience; in Boccioni’s work, it is as if those Kantian scales fall from our eyes and we can at last behold the seething, yet ordered, currents of life beneath the world’s skin. Boccioni’s works are not realist paintings, and they certainly do not evoke the iconography of the pre-Renaissance period—but neither do they reject representationalism entirely. There is still an essential unity between the thing described in the placard and the image on the canvas.

Interestingly, during their heyday, Boccioni and the other futurists understood themselves as engaged in a rejection of artistic tradition—at least to a point. In their 1910 Manifesto of Futurist Painters, the young futurists denounced the snares of “tradition, academicism and, above all, a nauseating cerebral laziness” and called for “destroy[ing] the cult of the past, the obsession with the ancients, pedantry and academic formalism.” Taken at face value, this is an attitude that someone like me—especially after having repeatedly defended the merits of classicism in the architectural context—should reject.

But a more careful reading of the Manifesto makes clear that tradition as such isn’t rejected. While the Manifesto encourages listeners to “rebel against the tyranny of words: ‘Harmony’ and ‘good taste’ and other loose expressions,” it justifies this claim by pointing out that such words “can be used to destroy the works of Rembrandt, Goya, Rodin…” What is defended here is decidedly not an approach to art that revels in chaos and disharmony: rather, the Manifesto rejects the tendency in certain patterns of classical thought to deny that good art may truly startle us. For instance, the Thomistic tradition has, somewhat reductively, defined the beautiful as that which possesses wholeness, proportionality, and radiance—but as David Bentley Hart points out, we “frequently find ourselves stirred and moved and delighted by objects whose visible appearances or tones or other qualities violate all of these canons of aesthetic value . . . At times, the obscure enchants us and the lucid leaves us untouched.”

What the futurists understood was that the modern artistic imaginary demanded some way of giving voice to “the tangible miracles of contemporary life—the iron network of speedy communications which envelops the earth, the transatlantic liners, the dreadnoughts, those marvelous flights which furrow our skies, the profound courage of our submarine navigators and the spasmodic struggle to conquer the unknown.” A total refusal to engage the now in favor of a pure flight to the past—or, one might say, an attempted premodernism in the guise of “postliberalism”—would always be experienced as fundamentally inauthentic. Real joy in the oncoming future is indeed possible. (Anna Frey Taylor has also argued, along lines similar to these, for “the crit­ical role that religion played in the development of the early Futurist move­ment”).

Boccioni’s nontraditional representationalism offered an important alternative to hidebound tradition and Dadaesque nihilism alike. Indeed, it captured the truly beautiful insight of modern science and technology: that a given object of our experience may be understood in ways that go beyond merely its phenomenological appearance, that there is always a kind of unfolding depth of intelligibility that invites the scientist further into the truth. One can take a photograph of a soccer player in the moment of her triumph—or one can, as Boccioni did, depict the surging currents of bio-energy inherent in that event. Both are glimpses of the truth, and both are beautiful.

Today’s postliberals, it seems to me, could learn a thing or two from Boccioni in thinking theologically about the modern process of industrialization and technological development. Boccioni’s work is not flamboyant, but rather revelatory: that is, his paintings depict a kind of order inherent in the objects depicted, rather than an ordering superimposed by the artist as an act of will. This, in turn, cannot help but decenter that human will: just like the artist Boccioni, the modern scientist or engineer is unavoidably accountable to an order always already given in the world. And so technological progress, in short, can be conceived as a participation in the disclosure of a transcendent rational principle—what we might call the Logos. (It was not for nothing, after all, that the ancient Pythagoreans posited a correlation between mathematical harmony and the divine!) This process need not involve a rejection of the good things of the past—after all, Italian futurism was influential in the development of the later Art Deco movement, which drew heavily on classical themes while simultaneously building on them—but rather a development of them for a new era.

From this perspective, it is proper to understand the products of human cultivation and extraction not as objects wrested from nature in an act of alienation, but as gifts of nature’s Creator—never to be wasted, but instead to be stewarded. This understanding need not exclude modern technological developments tout court: what is necessary is that any scientific project—and any technological or industrial development—be undertaken in a spirit of gratitude and wonder, an attitude of appreciation of the uniformly rational Logos disclosed beneath and beyond all immediate phenomena. That, it seems to me, must be the heartbeat of a genuinely healthy postliberal economic order. 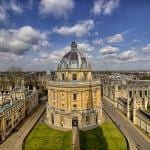 May 25, 2020 The Hunger Games Prequel Is Worth Your Time
Recent Comments
0 | Leave a Comment
Browse Our Archives
get the latest updates from
Between Two Kingdoms
and the Patheos
Evangelical
Channel
POPULAR AT PATHEOS Evangelical
1

Do "Rights" Limit or Empower the...
Cranach
Related posts from Between Two Kingdoms 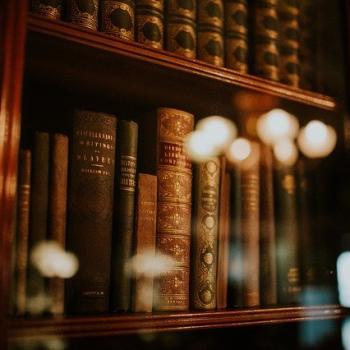 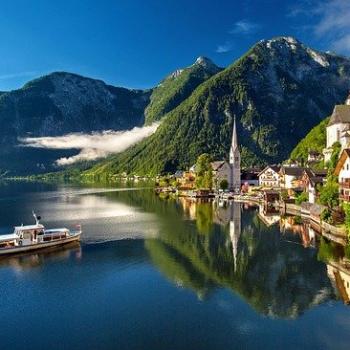 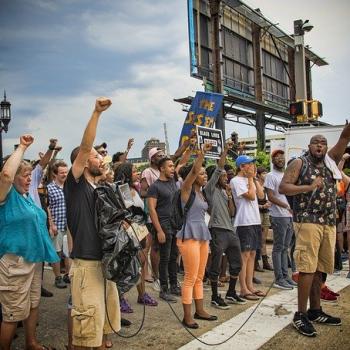 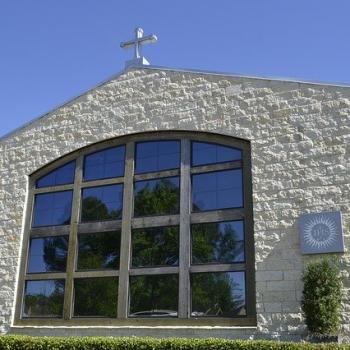