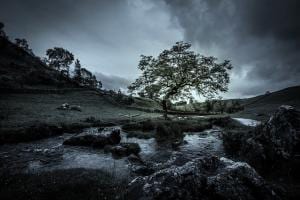 Towards the end of his recent book America On Trial: A Defense of the Founding, Robert Reilly sketches out an argument about the pedagogical importance of defending the philosophical principles underlying the American project. In particular, Reilly observes that the tendency among a number of prominent conservative intellectuals to declare that the American experiment was a failure from the start—that all the pathologies of 2020 should reasonably have been foreseen in 1789—cannot help but have a profoundly demoralizing effect on the next generation of theologically orthodox young people.

Naturally Patrick Deneen, Reilly’s principal interlocutor, rejects this characterization. But it isn’t just Reilly who makes this point: John Zmirakand Vincent Phillip Muñoz have pointed to similar tendencies among their students. And a particularly notable example of this demoralization is Will Arbery’s remarkable play Heroes of the Fourth Turning—recently a finalist for the Pulitzer Prize for Drama—which centers on four young Catholics’ attempt to figure out what it means to live in the modern age.

The genius of Arbery’s play is that his four characters exemplify the same types of young Christians that one encounters on campuses right now. One has become a disciple of Republican politics; another promotes localism and withdrawal from the world, along the lines of Rod Dreher’s “Benedict Option”; a third struggles to balance her convictions with a temptation toward sentimentality; and a fourth wrestles with his own besetting personal sins while longing for a restored, harmonious Christian polity.

Critically, Arbery’s play refuses to provide any easy answers. From start to finish, his four protagonists remain tormented, despondent, and (with the exception of the politico) unable to commit to any real life path. With threats pressing in on every side, the only proper responses to modernity must be essentially reactionary ones. And when all’s said and done, much of this boils down to the fact that, for those of a conservative disposition, there is no longer a clear answer to the question what ought we conserve? And what is the society we should be building toward?

The cupboard is rather bare. Deneen makes only a halfhearted attempt to answer the obvious question raised by his work, with some vague gestures toward a “populist Aristotelianism.” Other alternatives include the integralists, who increasingly seem to have ditched Thomas Aquinas in favor of Nazi legal theorist Carl Schmitt—and, of course, there are libertarians and Trumpians to spare. But none of this, in my experience, has tended to prove particularly satisfying to those in search of a substantive Christian political theology.

To be sure, Reilly, Zmirak, and Muñoz are all Catholics, and there is certainly a longstanding tradition of Catholic discomfort with Americans’ broad rejection of continental throne-and-altar politics. (This same discomfort prompted conservative Catholic journalist Brent Bozell, in the mid-twentieth century, to decamp for Francisco Franco’s Spain.)

But it bears mention that this sense of civic inactivity or anomie isn’t limited to Catholics. I haven’t seen any other Protestants writing about it yet, but I’ve certainly observed it in the lives of those I know personally, and from plenty of other graduates of evangelical schools. In fact, I would go so far as to say we are experiencing a moment of intellectual paralysis among those best poised to play a leadership role in the Christian future.

If I had to speculate, I might suggest that this has something to do with the way in which theologically conservative intellectual histories tend to proceed. In these types of histories, the historical process is often framed as a matter of seamless chains of ideas that necessitated certain outcomes causally: Ockham led to metaphysical nominalism, which led to the collapse of natural law, which led to the rise of authoritarianism, and so on.

What often goes unnoticed is that this form of storytelling has a great deal in common with the much-criticized notion on the progressive left that some ideas cause violence and have to be stopped. Monocausal approaches to intellectual history, in essence, posit that this idea caused modernity and should’ve been stopped. Such an approach neglects to consider the sheer contingency of history, and the possibility that a complex web of intervening events gave rise to the status quo (full disclosure: I tend to think this is the case when it comes to the modern American condition).

The end result of this way of thinking is that tradition-minded young people are broadly deterred from acting in the civic sphere at all, for fear of making a bad situation worse. There is no universally compelling alternative to the status quo—no obvious “successor ideology,” to borrow Wesley Yang’s phrase.

This theoretical void is what Reilly, Zmirak, Muñoz, and Arbery are all gesturing towards. The political left has long recognized (correctly) the fundamental tension between theory and praxis: those tending toward the former pole argue that if principles aren’t properly traced out, disaster will follow, while those pulled toward praxis contend that a wholly theoretical approach will inevitably curve in on itself and dissolve into endless debates without action. A similar dilemma confronts thoughtful young Christians today. The excesses of prior involvement with partisan politics have triggered something of an overcorrection; critical analyses of the failure of past civic involvement have prompted a sort of detachment from the system as a whole.

What is lacking, for many of the young and orthodox, is a willingness to publicly engage the world under conditions of substantial epistemic uncertainty—to choose to support some cause or another, to vote, to organize a movement, and so on. For many, the impossibility of articulating a cohesive civic project justifies an opting-out entirely (or, at the very least, a descent into the endless cultivation of bespoke political philosophies on Twitter, where factions proliferate and one need never compromise).

To be clear, I’m definitely not saying in the subtext here that “everyone should vote in the 2020 presidential election.” That, of course, is a matter of conscience. Rather, I am advocating for a rejection of the assumptions that (1) everything in the modern world is doomed, and (2) the lack of an obvious alternative justifies an attitude of detachment—both assumptions fostered by theologically-minded histories that offer genealogies, but no alternatives. Public and political life, at its best, always involves people doing their best to build and preserve the things that matter—even where the eventual result is not clear. The future may happen to take a wrong turn, and that is okay. God and the Church will remain.

Here, I have found the classical Reformation principle of vocation to be particularly helpful. For those in the Reformation tradition, it is permissible to act and live faithfully in the “left-hand kingdom” of the secular order, while always acknowledging that one will inevitably, at some point, stumble and fall and sin in doing so. That, after all, is the human condition. And so too, knowledge of the perfectibility of a particular intellectual system need not be the precondition for civic participation—one is permitted to pick up the trowel, so to speak, and start to work for the good of family, church, and neighbor. As Luther put it, “[e]veryone must benefit and serve every other by means of his own work or office so that in this way many kinds of work may be done for the bodily and spiritual welfare of the community, just as all the members of the body serve one another.”There is no need to opt out of fruitful engagement with the world on the grounds that a perfectly cohesive vision of the good society has not yet been constructed. The magistrate may do right in doing justice, and the soldier do right in defending his homeland and family, even if the regime they serve is politically under-theorized.

At the end of the day, this principle is tremendously liberating. It is an antidote to the paralysis of civic indecision that faces some young Christians today. And it opens up the possibility that God may be served faithfully yet boldly, no matter what the future holds. 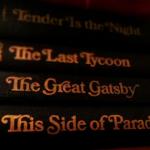 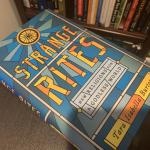 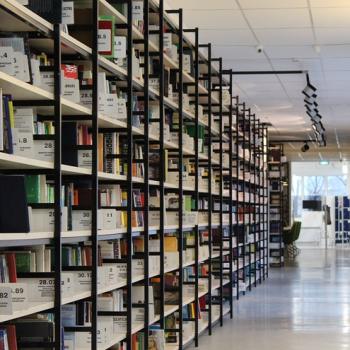 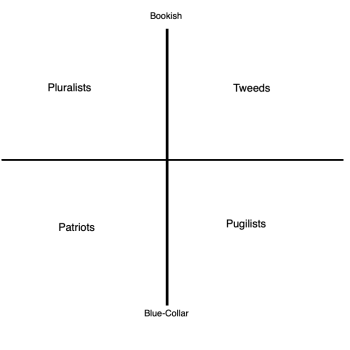 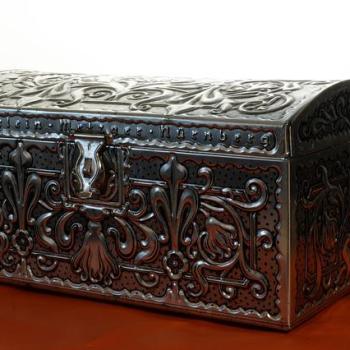