On Good and Evil in Video Games (Or, Notes on a More Ethical Lara Croft)

On Good and Evil in Video Games (Or, Notes on a More Ethical Lara Croft) August 3, 2020 John Ehrett

Earlier this week, I came across an unusually compelling article on the video game commentary website Polygon. In “Games Need to Return to Black-and-White Morality,” Khee Hoon Chan levels a sharp critique of the tendency of contemporary video games—but, more broadly, pop culture as a whole—to place moral ambiguity at the center of their narratives, thereby blurring the distinction between hero and villain. (There’s a reason so many pop-culture antagonists remind their opponents, when in the throes of final confrontation, “you and I…we’re the SAME!”)

At least in part, I think this trend is a way of grappling with the fact that virtually every big-budget video game—no matter how “nuanced” its themes or setting—ultimately ends up with the player slaughtering large numbers of other characters. And so, in an attempt to curb this “ludonarrative dissonance” (a real term!), games frame their stories around the protagonist’s reckoning with the consequences of that violence.

But Chan is undoubtedly correct that, in much of the culture-producing industry, there seems to be a profound discomfort about telling stories that draw clear lines between good and evil. A fair amount of high-dollar entertainment (I’m looking at you, HBO’s Euphoria) seems to have been greenlit under the belief that what viewers and players want, more that anything, is to wallow in endless unearned despair. And so I’m very much on board with art that once again allows itself to affirm genuine standards of transcendental right and wrong, without collapsing every character’s motivations into a gray blob of self-deception and self-interest. (I wrote about this precise issue a few months ago, in the context of Doom Eternal.)

The cynical reading of Chan’s article is that it isn’t actually a good-faith call for a return to “traditional” storytelling, but rather an argument for filling stories with cartoonish heroes and villains in the service of a very particular brand of progressive narrative. Forget G.A. Henty, it’s time for Howard Zinn! But what I want to argue here is that there’s a deeply compelling way to tell these kinds of “progressive” stories, one that bridges the universal human sense that timeless moral principles matter with the recognition that those ideals need to be instantiated within time.

Let’s take 2018’s Shadow of the Tomb Raider as a case study.

When it first released, plenty of ink was spilled about the third installment in Square Enix’s reboot of the classic franchise. This time around, players were forced to encounter a more chastened, reflective Lara Croft, one willing to grapple with the consequences of her actions for those around her.  So too, the developers sought to prioritize cultural sensitivity rather than leaning into exoticism: to name one example, immense amounts of attention were paid to getting the Indigenous dialects just right.

Yet it’s that very attempt at profundity that casts the game’s questionable moral underpinnings into even starker relief. Midway through the game, players are swept off in a flashback to Lara’s childhood at the magnificent Croft Manor. Amidst countless glass cases containing artifacts from prior expeditions, gamers are tasked with deciphering a riddle to open Lord Croft’s study. On its face, it’s a charming problem-solving vignette, a pleasant contrast to the seething violence of the main campaign. But only upon reflection does the underlying ugliness of the whole thing become clear: virtually everything in the Croft family archive has been looted from some country or another. It forces the vagueness of the Tomb Raider title into a nasty specificity: to put it bluntly, gamers are playing through the tale of Lara Croft, Grave Robber. The Croft family has long been engaged in the kind of conduct that led Indiana Jones—not exactly a paragon of cultural sensitivity—to angrily declare, “That belongs in a museum!”

One might think this would prove to be a fairly fundamental aspect of Lara’s alleged moral awakening in Shadow. But it does not, and the game is the poorer for it.

It seems to me that a genuinely interesting evolution of Lara’s character might unfold along the lines charted by Campo Santo’s forthcoming title In the Valley of Gods, which focuses primarily on photography of ancient sites.  Or what about a Lara driven by a desire to preserve mysterious and beautiful ancient languages—an approach that opens up quasi-supernatural implications of its own, in the vein of Denis Villeneuve’s 2016 film Arrival? If Square Enix is really serious about developing Lara’s character, something along these lines is almost certainly the way to go.

Consider how this might play out in practice: a 2022 Legacy of the Tomb Raider title, centered on a linguist version of Lara who must use her skills and wits to fight against a talented looter employing the very same tactics once relied upon by Lara herself. Here’s why I think this sort of story works, whereas Shadow’s ham-fisted attempt to introduce “moral ambiguity” doesn’t: Legacy would at once upend the conventions of the series in a far more radical way than Shadow ever did, while simultaneously offering a fundamentally traditional good-versus-evil story centered on Lara’s fight against her own doppelgänger.

What keeps this hypothetical Legacy from collapsing into dull nihilism is that such a game extends a measure of grace to its protagonist, allowing her to be a genuine heroine despite the sins present in her past. This, I would suggest, is the hidden key to telling a compelling franchise installment that critically engages with its own past: the progressive imperative to undo harm is bound up with the (fundamentally Christian) possibility of meaningful redemption.

In the end, it seems to me that there really can be a happy medium between the extremes of didacticism—storytelling through cardboard characters, devoid of any sense of history or capacity to critically confront the past—and the sort of high moral dudgeon that has increasingly come to pass for “highbrow” entertainment. Finding that “happy medium” begins with the recognition that people are internally complex, but alsocapable of meaningfully pursuing the good—and that such a pursuit isn’t always a disingenuous power play or demonstration of hopeless naïveté. Is it really that hard for creators to suggest that maybe there’s hope for the world yet? 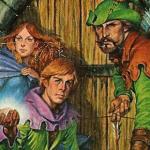 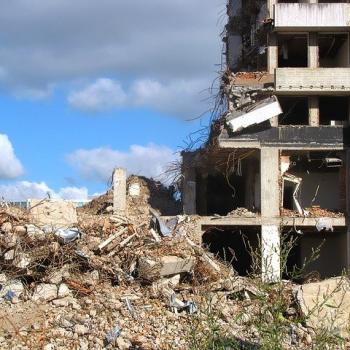 Moral Standards and Goodness Can’t Exist Without God
Atheists’ argument that goodness and moral standards can exist without God does...
view all Evangelical blogs
What Are Your Thoughts?leave a comment
Copyright 2008-2021, Patheos. All rights reserved.
error: Content is protected !!