Grilling and the Common Good 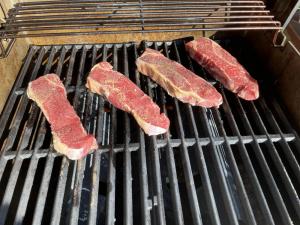 Since moving to the suburbs a little over a year ago, I’ve grown increasingly fond of breaking out my Weber propane grill and cooking up some hamburgers or steaks (yes, I know I’m a stereotype incarnate). I like doing this for my family, but it’s even more enjoyable when guests are involved. There’s something about the fusion of technique (how long do I need to toast these buns?), companionship (who should we invite over?) and encounter with nature (the feel of the warm sun as I cook) that’s just irresistible to me.

Recently, I’ve been reflecting on the fact that—despite the existence of what, on paper, are intractable metaphysical and moral differences between groups of people in this country—my affection for grilling seems to be pretty much a consensus position. It’s certainly not the only one; as Belmont University professor Benjamin Smith points out at Law and Liberty:

Often, the common good is practically advanced because nature is strong and the natural law is written on the heart of man. Human nature is real, and it is not erased by possessing a set of stupid or erroneous ideas; rather, human nature is objective and stable, and it endows each person with a range of innate inclinations. Given that this is so, conservatives and progressives sometimes have overlapping interests despite their political differences. Indeed, we should surmise that all citizens actually share a wide range of similar interests and goals. Even in a time when traditional marriage is in decline, people with diverse political beliefs still pursue marriage—this is why one can find endless books, YouTube channels, and podcasts about everything from how to buy an engagement ring to avoiding divorce.

What Smith suggests is that fighting about the existence of a political common good is, at a certain level, pointless, because the common good—which is convertible with truth as such—is always already presupposed in every coordinated action taken by human beings. Human desires for similar goods likewise reflect this presupposition. And the point can be cast in specifically theological terms: if all finite and derivative “goods”—good food, exercise, natural beauty, and so on—have their origin in God, the measure of goodness and the transcendent common good (as the final end, or goal, of all things), then even those who explicitly deny such a common good are in some sense still implicitly aligned with it as they carry out their everyday tasks. The salient question is not whether there is a common good; that is, of course, self-evident. Instead, the interesting and fruitful question is how to apprehend the common-ness of the Good that manifests itself under diverse aspects, and make decisions on that basis.

This point is one of the reasons why—despite living and working in Washington, D.C. at perhaps the zenith of American polarization—I don’t really find myself experiencing life as a particularly “political” person committed to the total triumph of my side. Similarly, I don’t find myself inclined to Manichaean characterizations of my opponents as purely malignant forces of disorder, akin to Madeleine L’Engle’s fictional Echthroi—“un-namers” bent on chaos and annihilation of the created order. Rather, as facile as it may sound, the simple fact that enjoyment of grilling transcends politics strongly suggests that there is something intrinsically worthwhile about this practice that most people are capable of comprehending, irrespective of their formal ideological commitments. And so the question presents itself: if we can agree on this, why? The first analytical step—the acknowledgment of something that is conducive to human flourishing—has been taken, opening the door to moral reasoning about goods and ends.

And yet principles like this often seem to be neglected by those erstwhile critics of contemporary discourse who assail “liberalism” as such or decry the “diabolical character of modern liberty.” To the extent that “liberalism” is conceived as a totalizing ideology that denies any common good on principle, their critique is well founded. But at least to my mind, this debate seems like a bit of a cul-de-sac, at least insofar as real change in the world is the eventual goal. When one drills down into the motivations of real people dwelling in society, it’s far from clear that anyone seriously adheres to such an ideology, at least not in their practical lives. Indeed, the common good is tacitly affirmed every time every time they invite others over for a cookout and their visitors joyfully accept.

It’s easy pickings to attack a thinned-out conception of personal liberty that means no more than the absence of constraints, and that lacks any reference to goals and ends. It’s much harder to sort out profound disagreements about the nature of the common good (as anyone who’s ever debated natural law arguments is well aware). And in practice, even if not in theory, most real-world controversies strike me as the latter. Arguments about abortion, for instance, are at bottom about both the value of human life and the potentialities of a woman’s life, not simply about abstracted ideas of “freedom” or “choice” as such. In the course of such arguments, individuals may talk and argue like “liberal” ideologues—invoking “liberty” as an abstract value—but lying beneath this language are discernible substantive understandings of the common good, because the common good (which, as mentioned, is identical with truth and with being as such) is the precondition for any such arguments at all. Put more simply, just because individuals’ understandings of their own value commitments may be inchoate does not mean that those value commitments are nonexistent.

Accordingly, perhaps it is time to move beyond debating the merits of positions that few people really hold in practice—such as a dogmatic commitment to unrestricted choice as such, which is (as critics of “liberalism” would readily and rightly acknowledge) incoherent as a principle of action—and start trying to ascertain how and why individuals reach such radically different conclusions about the nature of the common good. That seems like a vastly more fruitful subject for debate than whether “liberalism,” considered in itself, is something good or bad. 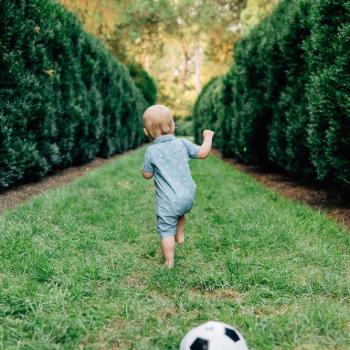 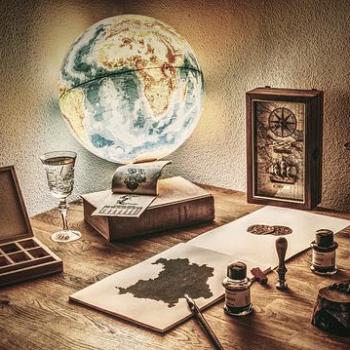