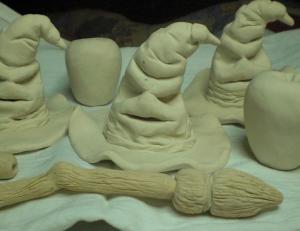 At City Journal, essayist Tanner Greer has penned a fascinating piece on the political valence of the “young adult literature” (“YA”) that dominated bestseller lists in the 2000s and early 2010s. As he points out, these books tend to be characterized by a profound cynicism about the adult world and the ineptitude of those managing it. (The grown-ups, in short, tend to be rather like A Series of Unfortunate Events’s hapless Mr. Poe.) This impulse, in turn, has come to characterize millennials’ understanding of real-world politics. And as someone who read a very large number of these books while growing up, I agree wholeheartedly with Greer’s characterization of them.

But as the years have passed, I’ve often found myself reflecting on a different motif of the genre: YA’s strong emphasis on structures of managing identity that, while enjoying a certain objective validity, also correlate in the most authentic way with the individual’s subjective self-understanding. That’s a lot of jargon: to put it more simply, think of Harry Potter’s Sorting Hat. The Hat classifies new students at Hogwarts School into one of four “Houses” (Gryffindor, for the brave; Slytherin, for the cunning; Ravenclaw, for the intellectual; and Hufflepuff, for the steady).

Within an ostensibly liberal-democratic British society, in which young people aren’t born into families or social roles that formally designate their destinies (well, I guess in the Potterverse that’s debatable, but set that aside), the Hat’s classification scheme serves as a “political” organizing principle through which students learn their relative “places” in the community. Reflecting the appeal of this, a similar organizing system subsequently became virtually ubiquitous in YA speculative fiction. Suzanne Collins’s Hunger Games series has its “Districts,” Stephenie Meyer’s Twilight books have their vampires and werewolves and subclassifications within each, Veronica Roth’s Divergent series has its five personality-based factions, and so on.

Now, a Marxist analysis of this phenomenon would suggest that a proliferation of “identity categories” like these simply means more merchandising opportunities. And, speaking as someone who will admit to having a Gryffindor scarf hanging in his closet, there’s probably some truth to that. (Surely it wasn’t for narrative reasons that Lego’s Bionicle franchise was principally structured around six elements rather than the classical four: how are “earth” and “stone” materially different, anyway?) But clearly there is something here that speaks to a great deal of people on a more intimate, even spiritual level (witness the popularity, among adults, of classification schemes like Myers-Briggs personality tests or the enneagram). Just try suggesting to someone firmly entrenched in their identity as a “Ravenclaw” that they might more properly belong in Slytherin House, and see how far you get.

Sorting Hat-type classifying schemes occupy a peculiar place in a modern milieu that has frequently been keen to reject certain traditionally “unchosen roles” and obligations. It is not popular to talk about the “duties of a citizen” in a particular nation, or to talk about the responsibilities of someone who was baptized as an infant. YA-style sorting schemes work somewhat differently, structured as they are around the affirmation of roles and obligations that are neither fully chosen nor fully unchosen. The salient point of choosing is the decision whether or not to accept the “thought-world” within which the classification scheme makes sense: no one insists that everyone has to be a fan of Harry Potter or identify themselves according to a particular Hogwarts House. But once that initial choice to participate is made, then one’s role/identity becomes something assigned to them, something that follows from the “rules of the game” so to speak. It makes no sense to claim to be a fan of Harry Potter and simultaneously identify as a member of “Chupacabra House”; this doesn’t exist in the Potterverse, and accepting it would mean blowing up the logic of the game altogether.

Present across YA literature, in short, is a somewhat Wittgensteinian dialectic of first-order rigidity (the rules of the game) alongside second-order subjectivity (the ambiguity about what game to adopt in the first place). And this, it sems to me, reflects a distinctly late-modern way of searching for islands of personal stability in a metaphysically unsettled social environment.

Consider, for instance, some of the more outré claims of sexual identity, such as “fraysexual” (sexual attraction only to strangers) and “demisexual” (sexual attraction contingent upon the existence of a relationship). This is pretty far from anything the Stonewall demonstrators of 1969 would’ve recognized as belonging at Pride, but that’s not the point. Something like the “demisexual flag” fulfills effectively the same totemic role as, say, the Hufflepuff crest: in the age of “liquid modernity,” a time of rapid changes and intellectual deconstructions, the symbol becomes an icon an individual can embrace that then becomes core to their sense of self. In the absence of any real agreement about what organizing principles should structure society, individuals become more and more focused on developing the internal logic of the systems to which they already subscribe. Thus it is, in essence, a sort of personal defense mechanism.

And so I would suggest that, in the YA context, the ubiquity of these classifying schemes reflects a generation’s search for life-structuring rules and axioms, of some sort, in a world long dedicated to proclaiming to millennials that “you can be anything you want to be.” That adage plainly isn’t true, which forces us to search for something else, some “givens” around which the narratives of our lives can be oriented. The students of Hogwarts, in a sense, have it easy: they’re assigned their Houses directly; it’s a lot harder to know how to proceed when the rules are murkier. But that won’t stop this generation from trying, and YA literature will probably continue to reflect that. 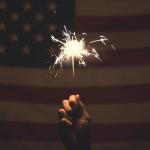 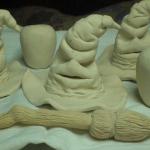 July 22, 2021
Recent Comments
0 | Leave a Comment
Browse Our Archives
get the latest from
Between Two Kingdoms
Sign up for our newsletter
POPULAR AT PATHEOS Evangelical
1

A Sign of the Times: When...
The Chorus In The Chaos
Related posts from Between Two Kingdoms