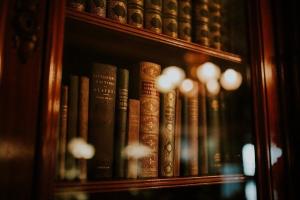 2021 has been a banner year on the reading front, though maybe not exactly the one I’d expected. My little son’s entrance into the world has sent me plumbing the depths of the Dr. Seuss and P.D. Eastman canons, breaking out the classic Berenstain Bears, and seeing how well I can nail the tongue-twisters of Fox in Socks. I can’t wait until he’s old enough for the Chronicles of Narnia, Beverly Cleary, Harry Potter, and so many others.

That being said, I managed to get a fair amount of personal reading done too—didn’t quite hit the 200-book mark this year, but am looking to clock in around 180 volumes or so. Having less time for my own study has forced me to prioritize the stuff I really want to read, which has ended up being quite a good thing.

I’ve already raved here about Sigrid Undset’s amazing novel Kristin Lavransdatter, so let’s consider that one a gimme. Here are ten of the other books I picked up this year that really made an impact.

The Decline of the West (Oswald Spengler)

Spengler’s opus is a massive and genre-blurring interpretation of world history on the largest possible scale. In the simplest terms, his project amounts to a theory of the defining characteristics and life cycles of major world cultures, ranging from the Mesoamerican to the Babylonian to the Russian. In Spengler’s account, great cultures are unified by the metaphysical world-pictures at their respective hearts—from the “Way” of the Egyptians to the “garden” of the Chinese. As a culture ages, its denizens’ response to this world-picture inevitably shifts from religious awe toward rationalism, scientism, and decadence. Of course any work like this one is inherently daring and extravagant, and there are plenty of places where one can poke holes in Spengler’s thesis, but I could hardly put this book down. This is what genius looks like.

Aspects of Truth, the latest volume from the grand doyenne of the Radical Orthodoxy movement, is a showstopping articulation and defense of the Christian philosophical tradition against virtually all assailants—from both the analytic and continental traditions of philosophy. In its depth and breadth, Aspects of Truth is to metaphysics what Alasdair MacIntyre’s Ethics in the Conflicts of Modernity is to moral philosophy. This is decidedly not an entry-level work, and probably requires a graduate-level background in philosophical theology to really enjoy, but those with a taste for intellectual brio will find much to love here.

In this essay collection, the late biblical scholar (and Lutheran theologian) Theodore Letis outlines a provocative argument that the Protestant quest for the “original autographs” of Scripture is misguided, conceding far too much to modernist methods. Instead, Letis contends that what matters is the ecclesiastical text handed down by the church through time (perhaps even including such allegedly “later” texts as the Johannine comma and the long ending of Mark)—a stance that brought him into the strange company of KJV-onlyists. In so doing, Letis defends an understanding of sola scripturathat fully owns the fact that Bible exists in, with, and for the church. Regardless of your confessional allegiance, Letis’s unconventional and surprisingly brilliant case deserves your attention.

The only way I can describe this historical horror-thriller novel is something like “Cormac McCarthy’s The Road mixed with Frank Peretti’s This Present Darkness, set during the Black Death.” It’s a high-testosterone rollercoaster of a book that manages to be spectacularly gruesome, theologically sophisticated, and deeply moving all at the same time.

If, like me, your exposure to the Buddhist tradition has been mostly limited to fragments of pop culture, Thích Nhất Hạnh’s intellectual biography of Siddhartha Gautama is the ideal entry point to further study. In easy, accessible prose, Old Path White Clouds outlines the early history and fundamental principles of Theravada Buddhism, explaining complex ideas that might otherwise seem alien to those of us with thoroughly Western worldviews. Yes, it’s 600 pages, but they fly by.

I’ll freely admit that, over the years, I haven’t done much reading about the Jewish “Tradition!” that Fiddler on the Roof’s Tevye defended so famously—much less the intricate legal lattice of reflections on the Torah that have developed within Jewish scholarship for millennia. Saiman’s study of halakhah, or Jewish law, is an accessible scholarly introduction to how these laws have emerged over time and how they actually work in practice. Saiman advances the compelling argument that debates over the most arcane points of law—covering impossible situations that would never obtain in reality—are, in a sense, religious devotions, discussions through which all things in the world can be seen to be ordered to God. A perfect read for the curious and legally-minded soul.

The Invention of Religion in Japan (Jason Ānanda Josephson Storm)

Josephson Storm delivers an interdisciplinary exploration of the ways in which the notoriously contentious concept of “religion”—as a master category encompassing traditions as different as Christianity and Buddhism—became embedded within a Japanese civilization that had no indigenous word for this concept. Most notable is this book’s exploration of the deliberate construction of a “State Shinto” ideology as a distinctively Japanese tool for navigating Westernized modernity. This required the development of a new theology drawing on Japanese folk traditions and coupling them with a new appreciation for Western science and industrialization—even to the point of reconceiving the afterlife as a mechanized fantasia rather than the traditional grassy fields. In short, Josephson Storm’s argument points toward the uncomfortable suggestion that attempts to repristinate cultural traditions in the face of hostile cross-pressures are inevitably transformations of those traditions. If you loved Charles Taylor’s A Secular Age and want to take things to the next level, this is the volume for you.

Klara and the Sun (Kazuo Ishiguro)

Like everything Ishiguro writes, Klara and the Sun is a treasure. This latest novel tells, in the first person, the story of Klara, an “Artificial Friend” (semi-sentient robot) tasked with serving as companion to the sick human girl Josie. As a solar-powered automaton, Klara is dependent upon the sun for all things—and comes to revere it as a god. And as Josie’s illness advances, it soon becomes clear that Klara’s role may not be what she initially envisioned, forcing Klara to trust in powers beyond herself. Culminating in one of the best endings Ishiguro has ever penned, this book is a powerful journey through memory, identity, and the irresistible orientation of every rational creature towards the divine.

Kuhn’s groundbreaking volume is the sort of text that regularly makes its way onto college syllabi, but that nobody actually reads. At its core, it’s a thoughtful examination of the historical contingencies underlying what counts as “science.” Instead of reflecting a smooth progression from ignorance to knowledge, Kuhn argues, the history of science must depict a tradition riven by fundamental paradigm shifts that periodically change the game altogether—after which scientists employ different methods in order to answer different questions. The implications of Kuhn’s thesis are far-reaching, especially once they really sink in; internalize Kuhn, and you’ll inevitably find yourself left uncomfortable by casual public appeals to “what science tells us.” (A worthy follow-up read is Bruno Latour’s We Have Never Been Modern.)

Before Auschwitz: What Christian Theology Must Learn from the Rise of Nazism (Paul R. Hinlicky)

In this tough-to-classify volume, Lutheran theologian Paul Hinlicky canvasses the historical scholarship on German Lutheran complicity with Hitler’s Reich from an overtly theological perspective, asking tough questions about political quiescence, the metaphysics of Nazi theology, and the Christian Church’s relationship to historical antisemitism. While Hinlicky’s own constructive theological proposals are more suggestive than systematic, this isn’t a downside; Before Auschwitz is a unique work of meta-history that is acutely conscious of the inevitable ways in which theological commitments (of any sort) shape historical analysis, and the book even points toward a decidedly “postliberal” Lutheran critique of modern liberal-capitalist society. I’ll be returning to this one repeatedly in the years to come.

What are your favorite books from 2021? Please feel free to share in the comments! 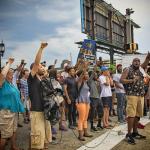 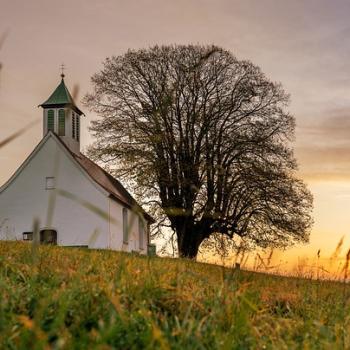 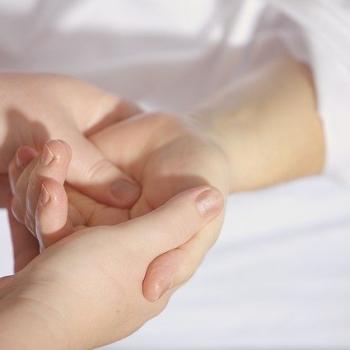 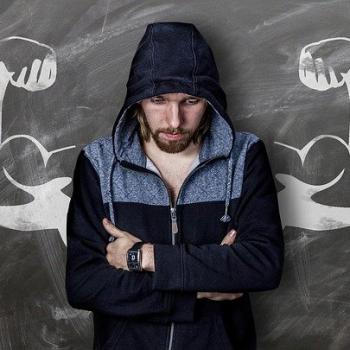