Get updates from The Blameless Sky delivered straight to your inbox

My Country is Full of Mike Pences

We are all aware of the absurd statement Mike Pence gave about how he will never be dining alone with other women, because he has a wife. Many have mocked the statement and tore it to shreds since, but I am pretty sure that such a statement would be applauded by religious puritans of all kinds. Heck, I am quite sure this statement would be applauded by anyone who thinks being married means becoming someone else’s property – and yes, there are non-religious people who do think along those lines. There are far too many people out there, in fact, who actually do view marriage (and relationships in general) as being in possession of someone. In fact, the idea that love is nearly incomplete without jealousy is really quite popular in the mainstream media.

You even see the idea of possessiveness and jealousy being glorified in poetry and literature. There are many people who do applaud Pence’s obsessive commitment to fidelity. But this is about more than just fidelity – there is nothing wrong with committing one’s self to staying sexually faithful. But if the very idea of being with a woman alone makes a man fearful about possible adultery then that is both a sign of a lack of self-control and an indication that you do see women as objects of sexual temptation. It is no surprise, of course, that Mike Pence would view women that way.

Mike Pence’s statement echoes a sentiment that is shared by many. But more than anything, it reminded me of the pervasive gender segregation in my country Pakistan. Because over there, yes, having dinner with a woman alone who is not your wife – especially when you already have a wife – is considered a pretty big fucking deal. Every small interaction between a man and woman is sexualized, and not just dinner, but even a small exchange on the phone, even sitting next to or across from the opposite sex, even talking just like normal people, even hugs. And that is the tragic part because I love hugs. The sexualization of hugs particularly fucked with me – I thought it was wrong to hug even my best friend. Fuck, I did not even reach puberty then, but I a was Good Little Girl, I was not going to indulge in Un-Islamic things like Hugging Men.

In countries where gender-segregation is the norm, the smallest interaction between the opposite sexes tends to be sexualized. You see, when my aunt told me I should not lie on the park bench when there are men walking by, I thought she was just joking. But she wasn’t, and she told me that watching a woman lie down makes men imagine you in their bed or something. Yes, of course it is ridiculous, but it gets even more ridiculous than that. I once called a male class mate’s home (not everyone had a cell phone those days) to ask about a test that was gonna take place that week, and he told me the next day in school to not call his place because it is really embarrassing having a woman call at home.

There is a concept of Namehram that is popular in Muslim cultures, “Namehram” is any man or woman not related to you by blood. There is a whole list of rules of what a woman must or must not do in front of their Namehrams: Not lying down anywhere in front of them, as mentioned above, is one of them. Other rules include not swimming in the pool with them around, or laughing out too loud in front of them, or smiling at them, or talking “too much” to them. I am wondering now if eating bananas in front of your namehrams was also a no-no (Ok, I kid, but who knows?) While the concept of Namehram differentiates between people who are related to you by blood, and those who are not, women are still told to cover themselves and dress “modestly” in front of their family too (even in front of one’s own father, FFS). Which makes the very concept of Namehram seem irrelevant, because your every interaction with the opposite will be sexualized – blood-related or not.

Weddings are often segregated, too. And the worst things about those segregated weddings is how the food is almost always served to men before women. I have attended a few Pakistani/Muslim weddings even here in Canada that have been segregated. And I have often sneaked into the men’s section, saying I need to ask my dad something, just in order to piss those men off. Segregated weddings nearly always treat women as second to men – men should be served first, men’s section should have the maximum amount of seats, men’s section should be more open area-wise, everything should be better for teh menz. So much of segregation is based on seeing women as less than men, and seeing them as objects of temptation bound to cause adultery.

Growing up in Pakistan, many of my friends were put into girls-only or boys-only schools because their parents thought any friendship they would make with the opposite sex would lead to sex. And not that there is anything wrong with sex, of course there is not. Schools can be organizing orgies, for all I care. But this obsession with minimizing interaction between men and women is absolutely absurd, and this “othering” of the opposite sex actually contributes to men treating women like the “other”. And treating them like the “other” often means treating them like shit. If the concept of interacting and talking to a woman has always been treated as something sexual, men will learn to see women as nothing beyond sexual objects. And they will never know how to really form, healthy loving relationships (or even friendships for that matter) with women. If men have forever been alienated from women, they would not know how to actually treat a woman’s presence around them.

My country Pakistan is full of Mike Pences. They pride themselves on not interacting alone with women other than their wives, they shame women who have pre-marital sex, who have friendships with men other than their husband, who eat and laugh with men other than their husbands. Mike Pence may well be very committed to fidelity, to never having dinner with women other than his wife, but there is another thing that Mike Pence’s statement makes clear: That he does see women as possession, and he does see his own wife as a possession too, and that his misogynistic brain is incapable of separating women from sex. When Mike Pence claims that he will not have dinner alone with other women – he is also creating a similar rule for his wife, who must in return not have dinner with other men. Mike Pence’s distrust of himself and his self-control is the extension of his distrust towards his wife and towards women in general.

There is also, of course, the fact that for ideas like these gender-segregationist ideas to perpetuate, you have to treat queer people and polyamourous people as non-existent. And of course, as far as Mike Pence, he definitely prefers a world where non-conforming queer (and poly) people do not exist. There is an abject heteronormativity in these ideas, and monocentrism, and misogyny, and just general sexual panic that results from Mike Pence’s idea that whenever he has a boner, he cannot control satisfying with the help of whichever woman is unlucky enough to be in his company. Us women are vessels and objects for him after all. Mike Pence’s statement is anything but some proof of his unbridled love and respect for his wife. 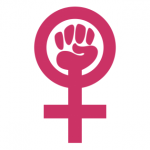 Nonreligious
My Atheism Led to My Feminism
The Blameless Sky 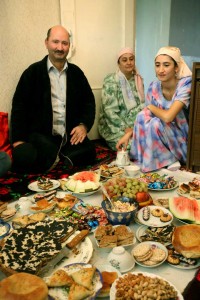 Nonreligious
And a Very Happy Eid To You
The Blameless Sky 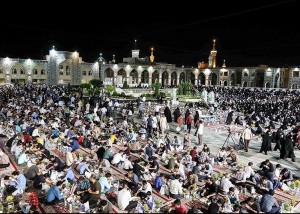 Nonreligious
Ramadan: It Was The Best of Days, It...
The Blameless Sky
TRENDING AT PATHEOS Nonreligious