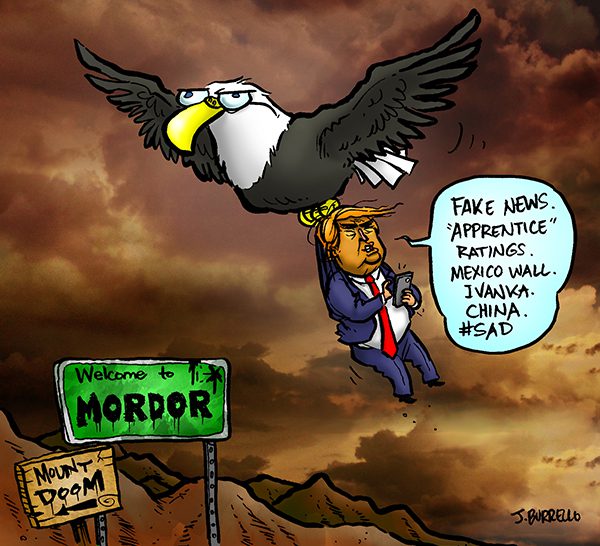 America, how you have let yourself go.

America tried to answer the question, which was better: leaders appointed by oligarchs or simpletons. It went with the combo.

Remember the time before we had to see or hear about this cartoonish oaf every single day? Forget about him being president. He was too much when he was making cameos in Home Alone 2 and The Little Rascals. And now, every day, this attention-addicted old man with the temperament of a 13 year old brat uses every available platform to showcase his unyielding, chillingly oblivious lack of integrity and character. Every day he cakes it on. Thicker and thicker. Perhaps in the hope that we will eventually become numb to his constant barrage of classless, narcissistic, immature-yet-senile nonsense. Or more likely, he is operating on pure primitive impulse while his equally corrupt handlers carry on with their wholly selfish schemes. The lizard brain leads the free world, folks.

In either case, what was once only a distant ironic symbol of the worst of American greed and folly is now the nation’s literal representative. And we did it to ourselves. The man who is right now tweeting the most brainless and pathetic celebrity gossip from the highest office in the land is only a symptom of what America has come to stand for. He is not even the worst of America. Just the most basic. Most working class idiots, I’d wager, given the power, fame, and money would be the exact same tornado of arrogance, selfishness, and bluster. He’s basically just a few decimal places away from the “cash me outside how bow dah” girl. That’s pretty much it.

It is the birthday of the United States. My country. I wish it were not the case, but it is hard to feel much pride for such a morally bankrupt and disgusting culture.

The further tragedy is that dropping an orange scapegoat into a volcano would solve nothing. There’d be fewer late night tweets desperately clawing for attention, fake scandal, and relevance. But that’s about it. Our country is broken and has been for a long time. Removing one broken dolt would have only a negligible impact on the country.

And people wonder why I don’t get nationalism. 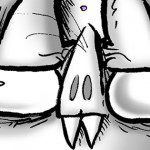 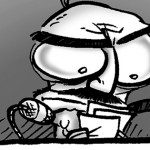 July 6, 2017 Land of the Free, Home of the Irresponsible
Recent Comments
0 | Leave a Comment
Browse Our Archives
Follow Us!

Hitler and Trump: comparisons being made...
The Freethinker
Related posts from Blinky and Sal 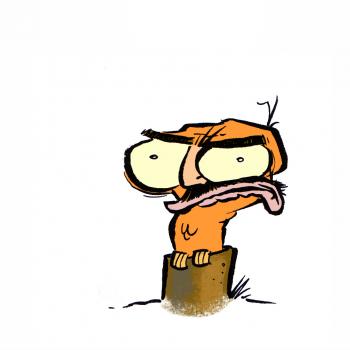 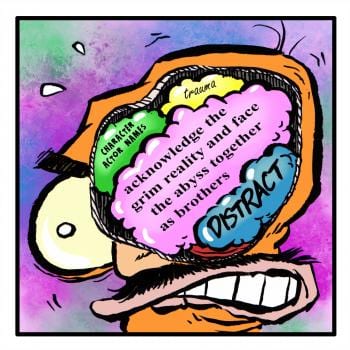 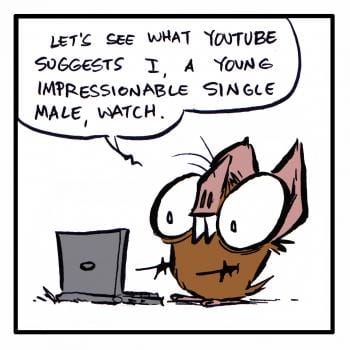 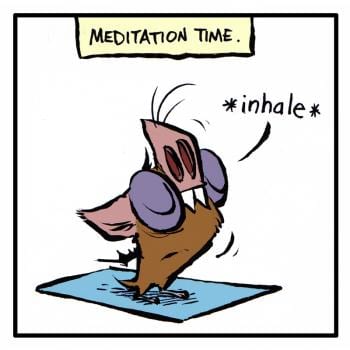 Nonreligious
What if Being Present is the Distraction?
Blinky & Sal
TRENDING AT PATHEOS Nonreligious