The Twelve Days of Christmas (According to One Lucky Elf)

Yesterday marked the end of the official twelve days of Christmas, and today’s Epiphany makes me think of my own kind of epiphany this holiday season, thanks to Boot Campaign.

We know it’s better to give than to receive – we hear it…we try to live it. But this year, I realized it as I never had before – as a Santa Boots Elf, delivering boxes of Christmas cheer to deserving military families in two different states.

Here’s what this very special experience meant to me – Twelve-Days-of-Christmas style:

Twelve – generous sponsors! (In reality, there were many more than that, but that’s as high as the song goes!) Amazing companies and groups that donated items ranging from Xboxes and toys to tennis shoes and clothing. Not to mention those folks that donated funds and time to shop for all of the individual gifts for each family according to their interests and needs.

Eleven (on a scale of one to ten) – how cool Massachusetts Air Force veteran Heather looked in her sunglasses! Seeing the faces of all of the veterans and their families light up when opening presents is something I’ll never forget. Over and over, they were touched that people would think of them, appreciate them, and go to this kind of effort for them.

Ten – great children (and one on the way!) I had the pleasure of delivering Santa Boots boxes to! Favorite memories? The smile on Abby’s face as she opened her cookbook in New York…sleepy and shy Nicholas burying his head into his dad’s shoulder…McKenna showing us the dough ornaments she and her siblings made for their Christmas tree.

Nine (times two!) – states across the country where Santa Boots boxes were delivered! That’s right, 59 families – 245 people, including 114 children – in 18 states opened the big brown boxes this holiday season. Many were hand-delivered by Santa Boots Elves, the rest by UPS. All were packed with love and care by fabulous Boot Campaign volunteers.

Eight – hours driving to the four homes my coworkers and I visited – and 8 hours back! Sixteen hours in total, happily spent traveling northeast routes – including one dark New York backroad blocked by cows – hoping to deliver a bit of joy to deserving families.

Seven (and a half) – the age of feisty Jaylah from Massachusetts — the sweetest, smiling Elf-on-a-Shelf lover I’ve ever seen! When she wasn’t flashing her big beautiful grin at the presents she and her siblings were opening, she was climbing into the empty box and hiding from us.

Six – hugs I got from the Reed family! There are only four of them, but mom and daughter each hugged me twice! The kind and generous way they welcomed me in their home warmed me to the core on a very cold New York night. Their hospitality -like that of so many of the Santa Boots families – was even warmer than the spectacular old wood-burning stove in their kitchen.

Five – days of wrapping! Dozens of Santa Boots Elves took over Roquemore’s Hardware in Whitehouse, TX for five nights, wrapping and packaging all of the Santa Boots presents to be shipped out from coast to coast.

Four – families I had the pleasure of bringing Santa Boxes to and meeting! They are wonderful veterans, service members, and their families, each grateful, humble, and kind.

Three – the number of seconds it took Jessie from Massachusetts to ask how she could help pay it forward to other veterans! I had barely set down the box inside the family’s doorway, when Jessie began to say how proud she was of her husband’s and others’ service to our country, and wonder how she could help other families. Like a tossed pebble making ripples in a pond, Santa Boots’ generosity spreads wide and far.

Two – teenaged boys who were blown away by their X-boxes! As the mom of three of them, I know firsthand how hard it can be to make teen boys smile. One of my favorite things was watching with anticipation as Joseph and Kaige began to unwrap the packages that I knew contained Xboxes. To see their faces…the pause as they tore back the paper and first saw the box…the look as they realized what it was…the glance up at the rest of the family to see if they saw it too…and finally the smile as they unwrapped it all the way.

“When my friends heard I wanted an Xbox for Christmas they laughed and said I’d never get one,” said Kaige.

Well, Kaige got one, thanks to Santa Boots.

One – year until I hopefully have the great privilege and honor of again being a Santa Boots Elf, and get to play a very small part in showing some very deserving military families just how grateful I, and so many others, are for their service and sacrifices.

Thank you, Boot Campaign and Santa Boots and here’s to 2017! 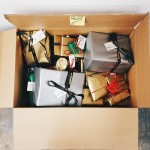 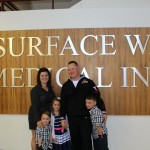 January 20, 2017 "Super Man" Ships Out: When Daddy is Deployed - One Family's Story
Recent Comments
0 | Leave a Comment
Browse Our Archives
get the latest from
Boot Campaign
Sign up for our newsletter
POPULAR AT PATHEOS Family
1 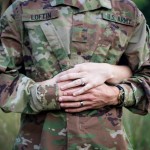 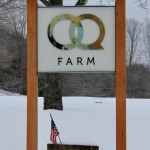