Post Traumatic Church Syndrome – Me Too! (A Book Review of PTCS by Reba Riley)

This book response is part of the Patheos Book Club on Spiritual Healing andPost-Traumatic Church Syndrome. The first four chapters of PTCS are available for free on Bookgrabbr.com.

After following her visit to a Pentecostal church, a Black Baptist church, a Buddhist center, a drive-in church, and Scientology, I am eager to read chapter 7 of Reba Riley’s memoir Post Traumatic Church Syndrome. I already know Christian Science is up next, because this is my second time reading through Reba’s Thirty by Thirty project, a year in which she visited thirty religions before her thirtieth birthday.

I read PTCS  a week ago but after finishing the last page, I started right back at the beginning. On the rare occasion that an exceptionally great book comes my way, I like to re-read it, savoring each line, and then order extra copies for my standby gift box (you never know when you suddenly need a gift for a birthday you forgot all about). Post Traumatic Church Syndrome is such a book.

What is it about being twentynine? Like Christine Kraemer, who reviewed the book here, I also also left my marriage and career and then moved to another country just a few months before my thirtieth birthday. My journey began when I poured out my soul to a Christian friend, who was raised by a Pentecostal and a Sufi parent. I was losing my faith, traumatized by church experiences, and yet desperate for hope. My friend listened without saying a word and soon there was a tear running down his cheek. He let it run freely as I recounted every hurt and every doubt that came to my mind. When I had finally run out of words, we sat in silence. It was the first time I had told my story to a Christian without being interrupted with judgement or worse, biblical advice. “You need to start looking for God in other religions,” he said. I was completely taken aback. He was the headliner of a Christian band, well known for his dedication to God. “Why don’t you try spending some time with Buddhists or Sufis? Do you know any?” It would be more than a year before I’d take the leap and follow his advice, but his words – and his silent tear – marked the beginning of my journey toward a new spiritual home.

I often wonder why some of us never fit into our religion of origin. Like Reba, I tried to make it work. My favorite passage from PTCS is in chapter 2:

“Me too”, I said out loud to myself, “me too! I am your fellow horizontally challenged apostate.” I remember one particularly “spirit-filled” worship service where everyone got swept up by the Toronto Blessing, falling to the ground, laughing and barking in the Holy Spirit. I closed my eyes as hands were laid on me, praying in tongues. I waited. I prayed. I invited the Holy Spirit to take me. After a long time, someone on the prayer team pushed hard against my forehead snapping my neck back and almost causing me to trip. I prepared myself for falling, but somehow I didn’t. I waited some more. And then, inevitably, my impossibly small bladder demanded a bio break. I prayed for a miraculous bladder enlargement. I begged God to take away the mundane urinary pressure so I could focus on this holy moment. But it was no use, I would have to excuse myself and ever so inconspicuously sneak out to the bathrooms.

I opened my eyes and immediately regretted it. In a church of over a thousand I was the only person standing with the entire ministry team gathered around me. Also, in some insane moment of faith, I had forgotten about the natural size of my bladder and chosen to stand exactly in the middle of the room. The bathrooms were several hundred downed bodies away on each side. With tears of embarrassment, I  bowed my head in shame and followed the t emergency exit signs out of the sanctuary.

When I returned from memory lane, I underlined the “disappointingly vertical” passage in PTCS, even though I knew my partner considers underlining an abomination. He refuses to read a book I have defaced thusly. After I read the first six chapters to my two partners, however, he decided to make an exception. He, too, was raised Pentecostal and together we reminisced about Christian toilet paper and Christianese, and both laughed at our instant cringe at the words “come and see” (see Chapter 4 of PTCS. You can read the first four chapters at Bookgrabbr.com). My other partner, who has no background in Christianity, enjoyed Post Traumatic Church Syndrome not only for the laugh-out-loud passages and gripping storytelling, but for an often surprising peak into a culture that influences much of American society.

I will have to get more copies of PTCS, not only for my gift box, but also so my partners and I don’t have to take turns (if you think couples sharing a book is challenging, try doing so in a triad!) My partner asked me what I loved most about the book. “Everything,” I said. “The sense of humor, the memories that come up for me, her visit to the Wiccan ritual – although I had to wait until the second to last religion for that! – and the skillful mix of reverence and mirth. I loved everything, except-”

“Except what?” he asked.

“I kind of wish I had visited all those religion and written that book,” I said with a wink. 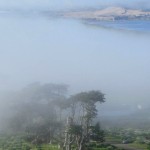 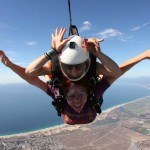 August 20, 2015 Christian Prophecies For A Witch
Recent Comments
0 | Leave a Comment
Browse Our Archives
get the latest from
Pagan
Sign up for our newsletter
POPULAR AT PATHEOS Pagan
1 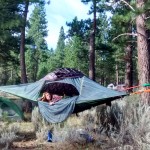 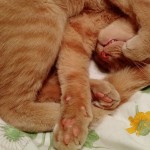 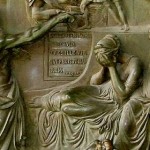