Why do Christians find it necessary to prove God, or to defend God, to other people? Natural disasters, pandemics, wars, political unrest, and personal tragedies often cause believers to question God. These same events can also give unbelievers reason for their claims that there is no God. The problem of evil and suffering causes some to doubt. Others double down on faith—and even feel the need to protect God from being misunderstood. But are Christians really called to be God’s public relations committee?

You’ve probably heard of theodicy, or an “explanation of why a perfectly good, almighty, and all-knowing God permits evil”: This is in response to objections to God, based on logic like the following propositions:

Logical problems like this have brought many to the church to find the answer. But many others have left the church because of these logical problems. Some Christian groups believe it’s our duty to defend God when people raise objections to our faith.

To answer questions like the problem of evil, the discipline of apologetics seeks to explain or defend God. In An Introduction to Christian Apologetics, Paul Coulter gives the history of the Christian defense of God. From the earliest days of the faith, Christians engaged in intellectual debate with Greco-Roman philosophers. They defended against accusations of heresy from Jewish leaders as well. The apostle Paul engages in apologetics in much of his writings. Evangelists and missionaries have employed apologetics through the centuries as a way to prove God and disprove opposing viewpoints.

Through the centuries, apologists have made convincing arguments to defend the faith. They have done a sometimes-excellent job seeking to logically address objections to the faith. They have also attempted to prove the biblical witness through sciences like biology, archaeology, astrophysics, et cetera. Sometimes apologists fail miserably because they warp the sciences to try to fit the theological point they want to make. As a general rule, the more conservative a person is, the more they are interested in apologetics. This is because the conservative mind needs to be right and needs to persuade others that they are right as well. The more a person’s theology leans to the left, the more open they are to diversity of thought. So as a discipline, apologetics tends to be conservative in nature.

Paul Coulter offers several arguments given by those who object to the task of apologetics. While he elaborates on each one, I will simply quote his headlines. I recommend you follow the link to read his excellent article.

Coulter refutes each of these objections to apologetics. While I can’t say I agree with every point Coulter makes, I agree that the discipline deserves a textbook or two in seminary education. Some of these objections are valid, and some are not—but there comes a time when apologetics reaches the end of its usefulness.

When Apologetics Goes Out the Window

I won’t say that there’s no place in Christian theology for apologetics. If it helps some Christians to get a firm handle on their own faith, then it’s a worthwhile pursuit. Some people are more logically-minded and are attracted to this kind of approach.

Apologetics also fails when Christians don’t stop to “read the room.” There’s a place for proving your theology. There’s also a time to shut up and just be with someone. When your friend is hurting because they’ve just been through some tragedy, this isn’t the time for apologetics. Even if they utter blasphemies and heresies out of their hurt, anger, doubt, and disbelief—this not the time to correct their theology or defend God. This is the time to wrap your love around them, be their friend, and let them have the space to be wrong (if, indeed, they are wrong).

The thing is, God is big enough to defend Godself. By definition, The Ineffable doesn’t need for us to prove The Ineffable to other people. At some point, faith comes down to experience and relationship, not one group forcing its views on another.

In one of the classic Bible stories about apologetics, Elijah confronts the prophets of Baal on Mount Carmel. The two sides agree to make parallel sacrifices, without setting fire to their respective altars. Whoever’s god sent fire down from heaven to consume the sacrifice was the real God. The priests conducted their ritual ceremonies, and Elijah conducted his. The prophet mocked the priests.

“You’ll have to shout louder,” he scoffed, “for surely he is a god! Perhaps he is daydreaming, or is relieving himself. Or maybe he is away on a trip, or is asleep and needs to be wakened (1 Kings18:27 NLT)!”

Yes, Elijah suggested that Baal was relieving himself, proving what this really was—a pissing contest! Then, to prove that his God could pee more, Elijah had a trench dug around the stacked firewood. He poured water over it three times, so that water drenched the sacrifice and filled the trench. (Makes you have to pee, just thinking about all that running water, doesn’t it?) Then, just to show that YHWH “measures up,” a shaft of fire from heaven consumed the sacrifice, the wood, and even the water in the trench. This was the biggest divine cockfight of all time! The result was a gloating Elijah, and hundreds of Baal priests dead. While it makes for a dramatic story, it’s important to note that Jesus never behaved this way.

Does Jesus Need You to Defend Him?

My seminary professor said it this way: “If Jesus didn’t defend himself before his accusers, he doesn’t need you to defend him, either.” Jesus simply loved people, spoke the truth, and let folks come to their own conclusions about him. Instead of trying to prove he was objectively right, he often spoke in parables with debatable and nuanced meanings. Rather than proving himself through logic, Jesus preferred to relate to people through love.

Paul on Love and Knowledge

As an apostle, Paul is known for his logical arguments and his pharisaical love of detail. He excelled at apologetics, yet he also wrote this about the limits of human knowledge:

Love is patient; love is kind; love is not envious or boastful or arrogant or rude. It does not insist on its own way; it is not irritable or resentful; it does not rejoice in wrongdoing, but rejoices in the truth. It bears all things, believes all things, hopes all things, endures all things.

At its best, apologetics is an intellectual approach to understanding God through theology and the sciences. At its worst, apologetics is a way for arrogant and rude Christians to tell others that they are wrong, or even stupid, for not believing. Paul is right when he says that it doesn’t matter how much you know—if you say it without love, it’s nothing. In the end, nothing matters but the love you share with others. We have to admit that everything we think we know now is like looking in a darkened mirror. But there’s coming a day when none of our theology will matter. Knowledge will end. Boasting will end. Reasoning will end. And all our attempts to be God’s P.R. committee will melt away—because the only thing that lasts is love.

June 22, 2022 Christians Should Stop Saying They Feel Convicted
Recent Comments
0 | Leave a Comment
"I like this perspective! Thanks for the comment!"
Greg Smith Church Discipline (Part One): Matthew 18 ..."
"Yes!!! Of course, I was raised by a Christian hippie, so that makes sense to ..."
Greg Smith Moses is Your Satan
"It is all so simple, so very easy, this being a Christian thing that is. ..."
Larry Logan Moses is Your Satan
""Matthew 18ing" is a straightforward translation error. Where it says "treat them as you would ..."
Iain Lovejoy Church Discipline (Part One): Matthew 18 ..."
Browse Our Archives
Related posts from Breathing Space 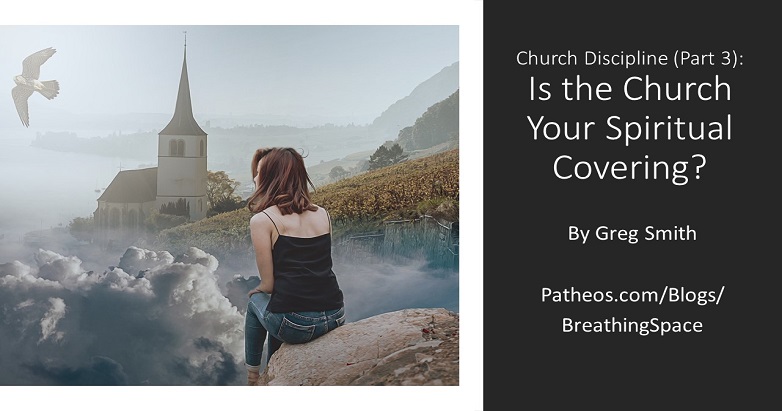 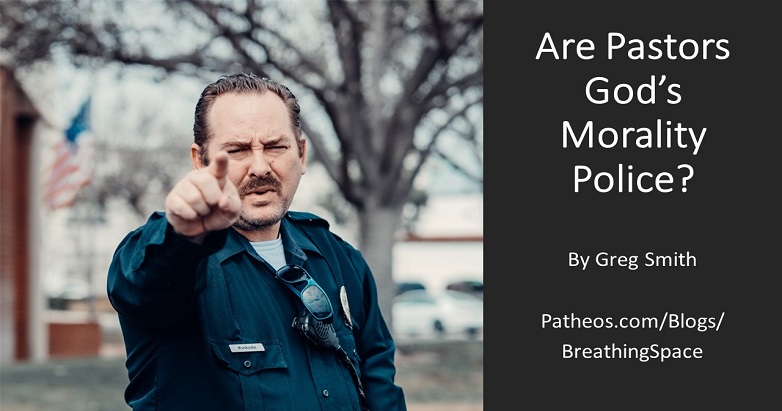 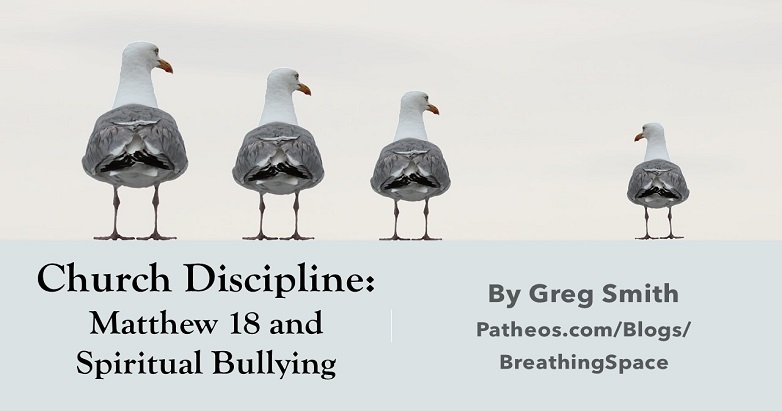 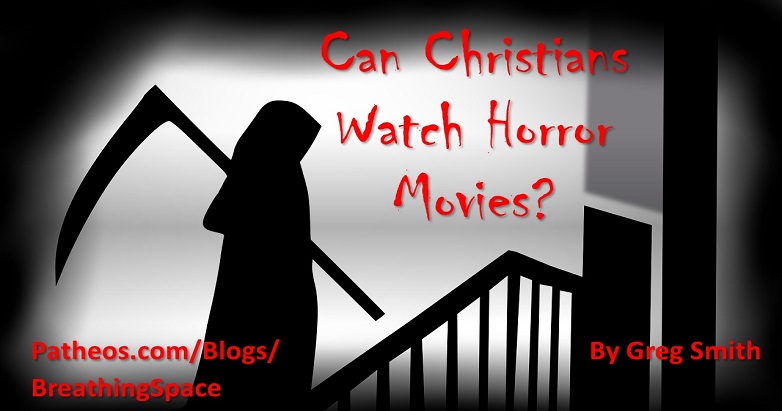