“Dad, I’m bisexual.”  “Mom, I’m a lesbian.”  “Pastor, I’m gay.”  “Boss, I’m transgender.”  “Friend, I’m questioning my sexual identity.”  What can you, as a conservative Christian, do when someone comes out to you? This is Pride Month–so this issue may hit home sooner than you think.

I hope you’ll keep reading–because I’m not going to try to convince you to believe anything different than you already do. Plenty of books and articles exist, making theological arguments on both sides. If you have religious or other convictions about the morality of queer folks, I’m not going to debate that. The question isn’t whether you approve or disapprove–the question is how a conservative Christian respond should when someone they love or respect comes out.

Philip’s encounter with the Ethiopian eunuch in Acts 8:26-40 tells us a lot about how to treat people who are different.  I invite you to read the whole story for yourself.  God led Philip into friendship with a person who was as different as could be from the evangelist. Here was someone from a different nation, race, native language, religion, and a nonbinary gender expression. In biblical times, being a eunuch was the same as being a transgender person today. This was as much gender-reassignment surgery as ancient technology would allow. So, how did Philip treat this person?

First, he followed the Holy Spirit’s lead. When the Spirit told him to go, he went. He didn’t shrink from conversation, or act upon his prejudices or biases as a cisgender Jewish male. Philip probably shared the cultural perspective that eunuchs were perpetually unclean–but he refused to treat him this way. He allowed the Spirit to direct him toward relationship, contrary to his own personal feelings.

Second, Philip sat and had conversation with the eunuch. In a day when eunuchs were shunned like lepers, Philip not only ran alongside the chariot, shouting at a distance–he sat next to this person, close enough that their bodies touched. They breathed the same air and talked about the same things. This wasn’t just tolerating another person’s existence–this was Philip being willing to share his life and heart with someone, as an equal.

Third, Philip embraced the eunuch in baptism. Having baptized countless people by immersion, as was done in Philip’s day, I can tell you that it can get a little–er–intimate. You’re in the water together, your hands are on that person in a way they might not normally be. I’m not saying it’s sexual–it’s just–very personal. Philip symbolized his welcome of the eunuch by embracing him in baptism–again, recognizing him as an equal in his own eyes and God’s. He wasn’t afraid that the gayness would rub off on him in the water. |He baptized him, just as the eunuch was–without asking him to be anything but the eunuch that he’d been made to be.

This was a thing unheard of in Philip’s day. But, though most of the Hebrew scriptures condemned eunuchs as unclean, Philip knew that Isaiah’s scroll that they’d been reading from also said:

For this is what the Lord says:

“To the eunuchs who keep my Sabbaths,

who choose what pleases me

and hold fast to my covenant—

to them I will give within my temple and its walls

a memorial and a name

better than sons and daughters;

I will give them an everlasting name

So, Philip believed that even though most of his Bible condemned eunuchs as sexually and spiritually unclean, there was hope. The prophet said that he could embrace this person of a different race, nationality, language, and gender identity. He could not just embrace them, but he could welcome them in the faith as an equal.

I’m sure that you already have an opinion about the theology surrounding the LGBTQIA+ issue. So, instead of getting into that, let me simply remind you that these dear folks are not issues to be debated, but people to be loved and respected as God’s children. Treat them as Philip would–love them as Jesus does.

What Can Christians Do?

So, what can Christians do when a lesbian, gay, bisexual, transgender, questioning/queer, intersex, or asexual (LGBTQIA) person comes out to you?

Here’s What Not to Do:

Here’s What to Do:

If you’ve made it this far in the article, I’m grateful to you for sticking with me. I hope you’ll also stick with those special people in your life who come out to you as lesbian, gay, bisexual, transgender, queer, questioning, intersex, asexual, two-spirit, or nonbinary. These folks need you to be sanctuaries, safe people, in their lives. They’ve made a choice to come out of hiding, to be authentic to who they are. They’ve honored you by becoming vulnerable enough to tell you. Whatever you believe about it can wait. Now is the time to embrace. Now is the time to love. Now is the time to act like Jesus and treat these dear folks with the same compassion you had for them before they decided to trust you. Because now that they have trusted you, why would that change? 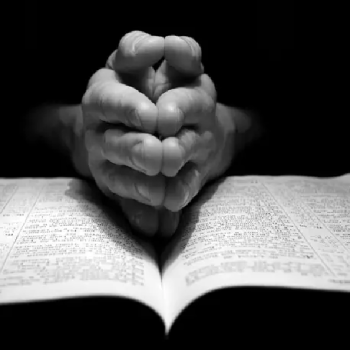