Do You Believe in Angels?

As a progressive Christian, I have deconstructed many things about my faith – but not my view of angels.

For many Christians, religious deconstruction often results in a better understanding of theology but a regrettable loss of spirituality. But when you have a supernatural encounter like the one that I had, you know that spiritual reality is undeniable. I’m about to tell you a story that I’ve told very few people. It’s how I learned that even in the face of shifting theology, spiritual experience grounds your faith.

Many children have imaginary friends. For example, I had an invisible horse when I was small. Parents know that they have to accommodate these friends to avoid a temper tantrum. When the make-believe friend joins the family for dinner, you sent out a plate for them. Sometimes you speak to them just like your child does. When my daughter was a toddler, she had one such friend with the unusual name Anxiax. We thought nothing of their playtime together. Then one day she revealed that her invisible friend had told her how to kill her parents in ways that a child her age could not have imagined. As we prayed about this, we became convinced that Anxiax was a demon.

Critical Thinking and the Satanic Panic

When I say that Anxiax was a demon, I’m not being glib. Those were the mid-1990s, and the stench of the Satanic Panic still hung in the air. With my Evangelical and Pentecostal upbringing, it might not surprise you that I called her invisible friend a demon. Frank Peretti’s Darkness books were hot off the press, and Mike Warnke’s exaggerated claims of being a Satanist high priest were still in circulation. It seemed to those in my circle that evil spirits lurked in every shadow.

So, as I considered Anxiax, I didn’t want to be reactionary. I was aware that many of our friends considered every supernatural fear to be “spiritual discernment.” I wanted to approach this intelligently, without the religious hype of the day. I employed both critical thinking and prayer. But the more I prayed about it, I concluded that this murderous influence could be nothing but demonic.

Decades later, I’ve had time to evaluate the events that I’m about to relate. Was I just worked up in some mystical fervor? These days, I no longer see angels in every cloud and demons in every corner. But in retrospect, and with a more mature faith, I’m still convinced of the reality of what happened.

Late one night, I was praying over my two children as they slept in their shared bedroom. I came to believe that a good old-fashioned exorcism was in order. Not the kind you see in the movies—No, I’m talking about the Pentecostal kind, pleading the blood of Jesus, storming the gates of Hell, rebuking the Devil, binding the Strong Man, and casting him out. As I stood in their bedroom, all of this was internal prayer. I did not speak a word out loud during any of this. That detail will be important for later.

When I was done, I did not hear demonic shrieking as evil spirits fled our home. No glowing red eyes extinguished themselves in puffs of smoke. Instead, an intangible darkness or heaviness seemed to dissipate from the room. The atmosphere itself grew lighter. I knew Anxiax was gone.

A Vision of Angels

Suddenly, I saw with my spirit rather than my two eyes something I have never seen before and have never witnessed since. A heavenly being stood at the head and foot of each of the twin beds in my children’s room—four angels in total. These were not chubby baby angels but shining warriors with swords like Scottish claymores. They were as tall as the bedroom ceiling, muscular and imposing, with wings that swept the floor. They did not have flesh and blood but seemed to be made out of light.

Even in that moment, I doubted my own eyes. I told myself that surely, I was just worked up in some ecstatic hallucination. In that moment, as if responding to my skepticism, one of the angels fluttered his wings. All it took was one feathery touch to my cheek to make my knees buckle as if I’d been struck by lightning. When I recovered and looked up again, the visitors had disappeared. Although, I suspect they were not really gone but had shifted back into their invisible nature.

I’ve had several supernatural incidents that have formed my faith. I am a mystic by nature. But I’m also practical, and I realize that some deeply spiritual events can be mere imagination. I confess that even the lightning-bolt angel wing might not be convincing evidence. After all, if I can hallucinate a detachment of heavenly warriors sent to protect my children, then I can imagine an angel feather powerful enough to take my feet out from under me. The angel wings were not proof.

What convinced me was the fact that from that night forward, my daughter never mentioned Anxiax again. You could argue that she subconsciously heard me as I prayed and exorcised the demon while she slept. Except, as I mentioned before, all of this was nonverbal. My sleeping child could have had no idea what might have been happening in the silence of her room. To me, the proof lies in the fact that Anxiax was gone—and stayed gone. But this is not forensic evidence—it’s circumstantial. For me, that’s enough.

Historical Christianity inherited its belief in angels from Jewish spiritual ancestors. Jewish angelology, in turn, owes much of its understanding to Egyptian, Babylonian, and Persian influence. Perhaps in some future articles, I’ll discuss angelology and demonology in detail. But in this article, I want to discuss heavenly beings in light of progressive Christianity. At some point, most progressive Christians question what they inherited from historical Christianity. Sometimes they reject this inheritance, and other times they reaffirm their original beliefs. In my own religious deconstruction, I have changed my views on many traditional doctrines. While I have challenged my own inherited concepts about the nature and role of angels and demons, the fact of their existence is not something I can question.

Experience as an Anchor

Most things about faith and religion are subjective rather than objective. What we call theology isn’t the actual study of God, who is transcendent, but the study of people’s opinions about God. Click here to read my article, “No Such Thing as Theology.” During times of deconstruction and doubt, a person wants to reach out for something solid. This is where theology fails. But my experience of angels and demons has been an anchor. It has taught me that Shakespeare was right when he said, “There are more things in Heaven and Earth, Horatio, than are dreamt of in your philosophy.”

Have you begun deconstructing your inherited religious beliefs? It’s easy to question things you have been taught, but it’s harder to challenge your own first-hand knowledge. When reevaluating your theology, don’t throw out the baby with the bath water. Ask yourself, “What spiritual encounters have I had that might not prove my faith, but rather anchor it in experiential reality?” For you, it could be an incident with angels. Or it could be those tingles you get from singing your favorite hymn or worship song. Perhaps it’s the warmth of church fellowship or a miracle you’ve witnessed firsthand. Focus not on what you believe, but what you experientially know. You might just come to the conclusion that you’ve reached the end of your ability to study God. Instead, you’ve discovered an ultimate reality that becomes more real with each experience.

August 17, 2022
If You Give a Man a Fish: Humanitarianism and the Gospel
Next Post 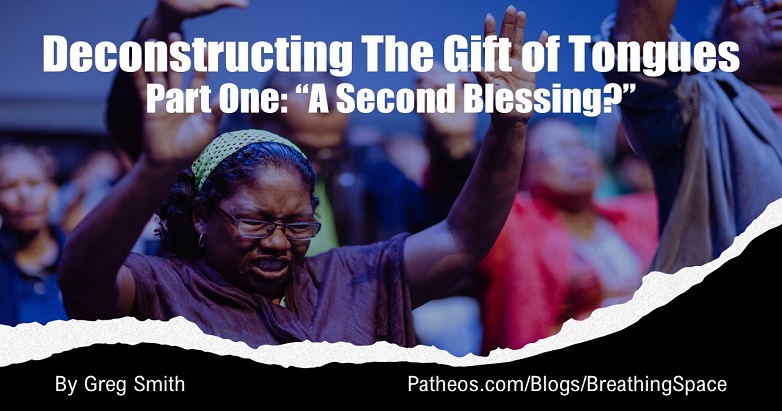