Should I Attend See You at the Pole?

Is See You at the Pole an annual event of spiritual dedication, or a perfect example of Christian nationalism? If you’re thinking of attending this before-school rally, please read on.

As a pastor, I used to get annual emails and flyers in the church mailbox promoting See You at the Pole (SYATP). This annual event at the end of September ostensibly is designed for Christians to pray for their schools and school systems at the beginning of each school year. For several years I participated in these gatherings. I promoted them in the congregations I led and attended them to pray and to support the students and teachers from my church.

Suffering from a persecution complex, Christian nationalism is the church on the defensive. “They took God out of schools,” they say as if that’s even possible. Then they back up and chant, “Well, they took prayer out of schools.” But that’s not accurate, either. Eventually, somebody realized that student-led prayer in schools is still permissible. So, they decided to organize an event that throws prayer in the face of all the unbelievers. “You took prayer out of schools,” they say, “but we are still here, praying. Just watch!”

For SYATP organizers, the best optics were important. They did not want themselves to be seen as defiant or as troublemakers. So, in typical Christian Nationalist style, organizers allied themselves with the American flag. Here are the benefits of praying at the flagpole:

See Me at the Pole

The truth is that See You at the Pole was designed not as an event where people pray, but as an event where people are seen praying. If it were designed as a simple prayer meeting, it could have been held anywhere. People can pray for the schools while they are outside of the school, like at a church or anywhere else. If they want to have the meeting at a school, then a classroom or the gymnasium would do. But it’s not all just about a prayer meeting. It’s about being seen praying.

According to the popular narrative, our secular society persecutes Evangelicals. The pagan authorities prevent Christians from the free exercise of their religion. So, to combat this, those who pray at the flagpole put themselves at the forefront so they can neither be ignored nor avoided. They claim they’re taking the schools back for Jesus and attempt to demonstrate this by kneeling at the altar of the American flag. It’s less of a prayer meeting than it is a publicity stunt designed to rally conservative Christians and force Christianity into everyone else’s view.

Many Christians are asking, “Should I attend See You at the Pole?” To employ a catchphrase from conservative Christianity, let’s ask ourselves, what would Jesus do? If Jesus were in the flesh today, would he attend an SYATP gathering? Jesus was clearly not opposed to corporate prayer. He went to the temple and the synagogue to pray regularly. But he drew a distinction between corporate prayer and public prayer.

Corporate prayer is when everyone who is there has united for the same purpose, and they can lift their hearts to God together. This can happen anywhere: at a house of worship or anyplace people are gathered. The key is that everyone is united in purpose. Some examples would be when Jesus blessed the food as he fed the 5000, or when he prayed before raising Lazarus. Everyone present was seeking God together.

Public prayer, however, happens when a person or group of people pray out loud in a mixed gathering, where not everyone is on board with the prayer. Jesus condemned those who did acts of piety for everyone to see. Instead, he tells us to do so in private. Go into your inner room, he says. It can literally mean a private place in your home. Or, it could be a place of corporate worship, like a sanctuary. Or it might simply mean going inside your heart for internal prayer. In any case, Jesus warned against public prayer to be seen by people.

Unfortunately, those who organized SYATP gatherings don’t seem to be listening to Jesus very much. They gather beneath the flag rather than at the foot of the cross. They worship the phallic symbol of the American flag, and they ally themselves with symbols of political power. With militaristic language, they pray for the day when Christians can “take back our schools for Jesus.” I’m convinced that if he were here in the flesh, See You at the Pole is not what Jesus would do.

“You Will Not Replace Us”

In this era when Evangelicals seem convinced that they are being persecuted, they grow increasingly bold with their public displays of religion. As society becomes progressively more secular, you can expect to see more behaviors like football coaches making a spectacle out of their prayers, and Christians putting their religion front and center in public spaces. Though I’ve never heard chants of “You will not replace us” at before-school rallies, SYATP definitely smacks of that white supremacist chant—in the thin guise of Christian nationalism. Evangelicalism is certainly afraid of being replaced. The September before-school rally is a last-ditch effort to prevent that replacement.

Should You Attend See You at the Pole?

In my article, The Idol of Americianity, I address the blurred lines between Christianity and American patriotism. See You at the Pole rallies are a perfect example of that idolatrous delusion that the United States is (or should be) a Christian nation. Christ in the flesh would have avoided any similar nationalistic demonstration in his own time. Jesus’ followers would do well to avoid them today.

September 22, 2022
Is Speaking in Tongues a Lesser Gift?
Next Post 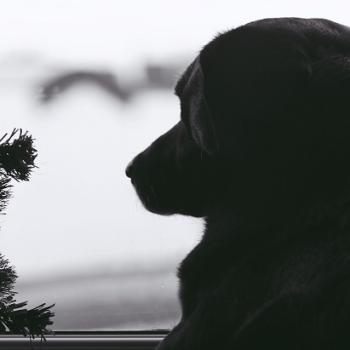 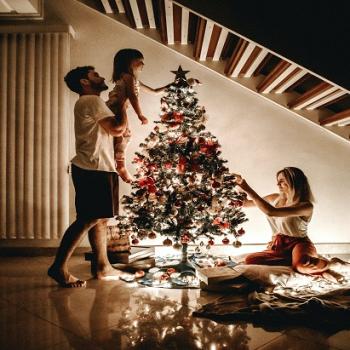