Around the world, the New Year brings special traditions. Many of our holiday customs come from the ancient Babylonians, Greeks, and Romans. In these lands, people celebrated the first few moments of the New Year with family and friends. It was thought that making loud noises would frighten away evil spirits. Thus, we inherit the custom of sounding bells, using noisemakers at boisterous parties, and shouting loudly to ring in the New Year.

I’m gradually importing some Virginia New Year traditions to British Columbia, where I now live. Many Southerners celebrate New Year’s Day by eating black-eyed peas, which are a symbol of luck, together with ham, which represents prosperity. Cabbage is another popular New Year dish because its green leaves which remind us of money signify wealth in the New Year.

Not all traditions begin the year on January 1. For example, in 2023, the Chinese New Year will begin on January 22. In 2023, Jewish New Year begins on September 15. Many calendars, unlike the Julian or Gregorian calendars, are based on the cycles of the moon and planets. Their dates are not fixed, but are movable, depending on celestial events. Regardless of the dates on the calendar, New Year traditions tend to focus on looking back on the past year and anticipating good things to come.

Many people of Chinese descent begin their New Year with spectacular celebrations and parades. These traditions are based on bringing luck, prosperity, happiness, and good fortune for the coming year. Thousands of people line city streets, while dragons and lions dance and weave in and out of the onlookers. These sacred animals symbolize longevity and strength, and their heads are said to ward off evil. Firecrackers scare away evil spirits, and people display bright new clothes, and flowers which betoken fertility in the coming year.

At this New Year celebration, household members honor the family ancestors, then Deity. After that, the younger members of the household honor their living relatives. A pair of tangerines may be given as a symbol of unity and abundant happiness. Noodles are eaten as a symbol of long life. The New Year is a time to cast off old grudges and renew commitments to friendship. Family and friends visit one another during this nine-day festival.

Chinese New Year festivals center around the family. Participants reflect on how they might bring harmony to their relationships. Throughout the celebration, people focus on what they might do to develop good fortune in their lives. Houses are cleaned, debts are paid, and attention is given to goal setting and prosperity.

For Jewish people, Rosh Hashanah is a similar time for facing the future and clearing up the past. Rosh Hashanah means “Head of the Year,” and is a day of judgment and reckoning. However, believers face this day wearing good clothing and with prayer, being certain of God’s mercy. The holiday is celebrated for two days in Israel and elsewhere, beginning at sundown on the first day and ending at sundown on the second.

After evening prayers at the synagogue, worshippers return home for a festive meal with family and friends. Like Chinese people, Jewish celebrants share special “omen” foods. They share traditional wine and Challah bread, which is shaped like a ladder and represents prayers ascending to heaven. Sometimes it is shaped like a crown, which reminds the people that God is the king of Heaven.

Food-related traditions symbolically invite good things for the year to come. The bread is dipped in honey, which represents a sweet New Year. Fish is often served, and celebrants often bring the fish’s head to the head of the family, who prays on the household’s behalf, “May it be your will that we be like the head (leaders) and not like the tail (followers).” Carrots are a popular food since, in Hebrew, gezer (carrot) can also mean “decree.” So, the request is made that God will not allow any evil decree against the Jewish people. The same principle could be applied in English, so eating celery with raisins in it could represent a desire for a “raise in salary.”

Like most New Year celebrations around the world, Rosh Hashanah is welcomed with a loud noise. The shofar, or ram’s horn, is blown in solemn assembly to remind the faithful of the sacrifice Abraham made in offering Isaac to God. For this reason, the festival is also called “The Feast of Trumpets.” It is a time for self-reflection and asking the question, “What sacrifice can I make for the Lord?” While Rosh Hashanah does have its festive side, Jewish New Year is a time for getting one’s spiritual house in order. Preparing for the New Year means evaluating the past and making plans for the future. Elul, the last month of the year, is a time for charity, which is one of the commandments of God.

Heaven, If Not Higher

I.L. Peretz tells the story of Rabbi Nemirov, who would vanish at the end of every year, during the month of Elul. Some said he was in heaven, asking God to bring peace during the coming year, but one villager had doubts about that. So, the villager decided to sneak into the rabbi’s house in the early morning hours and hide under his bed.

Just before dawn, the Rabbi awakened, got out of bed, and began to dress. He put on rough trousers, high boots, big hat, a coat, and a wide belt. He put a rope in his pocket, tucked anaxe in his belt, and left the house. The villager followed.

The Rabbi crept in the shadows to woods at the edge of town. He took the axe, chopped down a small tree, and split it into logs. Then he bundled the wood, tied it with the rope, put it on his back, and began walking. He stopped beside a small broken-down shack and knocked at the window.

‘Who is there?’ asked the frightened, sick woman inside.

‘I, Vassil the peasant,’ answered the Rabbi, entering the house.

‘I am a poor widow. Where will I get the money?’ she asked.

‘I’ll lend it to you,’ replied the Rabbi.

‘How will I pay you back?’ asked the woman.

‘I will trust you,’ said the Rabbi.

The Rabbi put the wood into the stove, kindled the fire, and left without a word.

Now whenever anyone reports that the Rabbi has gone to heaven, the villager only adds quietly, ‘If not higher.’(Adapted from a Yiddish tale by Isaac Leib Peretz (1852–1915)

For most of us, the year begins and ends with parties and overindulgence. It is the last hurrah before we have to go on those diets we resolve to start or put out that smoldering cigarette. The first thing we do as the calendar turns is kiss somebody or take a drink. We have forgotten the spiritual side of New Year celebrations.

Many of us face the new day with fear, but God has a different plan for us. Jeremiah 29:11-14a NIV says, “For I know the plans I have for you,” declares the Lord, “plans to prosper you and not to harm you, plans to give you hope and a future. Then you will call on me and come and pray to me, and I will listen to you. You will seek me and find me when you seek me with all your heart. I will be found by you,” declares the Lord, “and will bring you back from captivity.” While these verses are often taken out of context, it is true that God has a loving plan for all people–and this is a source of hope.

This New Year let’s begin with faith. In the place of revelry, may we find revelation. Instead of making resolutions, may we have a revolution in our thinking, in our traditions, and in our way of life. When we begin the New Year with faith, we are certain to have a future with hope. Beginning in love, we may find ourselves like Rabbi Nemirov—visiting heaven, if not higher. 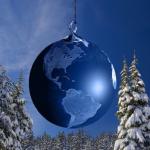 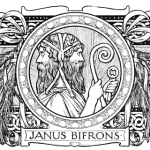 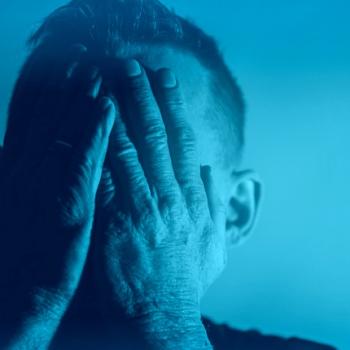 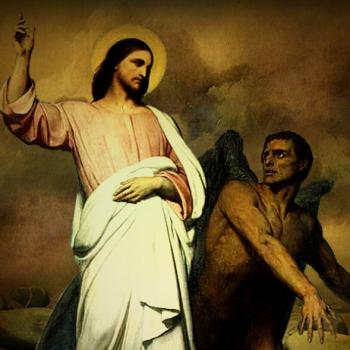 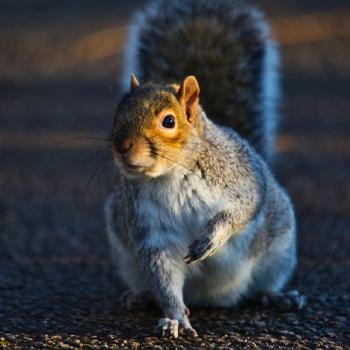