The Episcopal Church to conduct a fabulous "study" on homosexuality

The Episcopal Church to conduct a fabulous "study" on homosexuality June 8, 2009 Richard Haynes 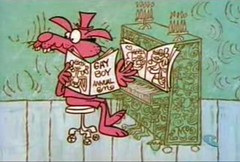 Sam Guzman, of the Christian site, Slice of Laodicea, is not happy:

That’s like appointing a panel to study the morality of rape or pedophilia. The Bible is clear: homosexuality is sin (Leviticus 18:22, Romans 1:26-27, etc.). Yes, lying, theft, murder, pride, and all other violations of God’s law are also sins. When we point out that homosexuality is sin, we are not condemning homosexuals as a special class of sinners. What we are objecting to is so-called Christians trying to re-define what the Bible clearly calls rebellion against God. There’s no ifs, ands or buts about it.

Satan once asked the question, “Did God actually say…?” (Genesis 3:1), and men, in an attempt to get God’s permission to sin, have been asking the same question ever since. I sincerely hope the theologians on this panel come to a biblical conclusion, but the fact that there even needs to be a panel in the first place doesn’t bode well. Whatever conclusion they come to, it will not change God’s law. God’s standards are not determined by panels.

The Bible is a horrible place to get your morals. Who in their right mind would even think to compare rape and pedophilia with homosexuality? This person is truly warped. In my opinion, it could even be argued that they are pretty damn close to being evil.

June 9, 2009 Lunch Break Theater: Conscious Thought with Daniel Dennett
Recent Comments
0 | Leave a Comment
"Marriage can be a religious if you choose it to be. In reality it is ..."
4th and Main Mike Huckabee: Ignoring the Supreme Court ..."
"Huh?"
Jim E Jones Why I Am Proud to Be ..."
"The fool says in his heart: I am in the mood for Mexican - let's ..."
a_b704 Richard Dawkins Is NOT An Atheist!
"Yes. All you have to do is observe and document the various behaviors of social ..."
evodevo Original Sin and the Origin of ..."
Browse Our Archives
get the latest from
Nonreligious
Sign up for our newsletter
POPULAR AT PATHEOS Nonreligious
1