Recently, I have spent a lot of time criticizing the right-wing talking heads and their sway over the crazies in America. Both Hannity and Limbaugh falsely claimed Obama said America was a Muslim Nation (just weeks after saying we weren’t a Christian nation). O’Reilly continually called Dr. George Tiller a murderer and compared him with Nazis. Glen Beck blubbers incoherently daily about the socialization of America, and warns our “right to bear arms” are being threatened. The list goes on and on.

Yet, none of the blowhards accept any responsibility for their words when they inspire violence. In April, three Pennsylvania police officers were killed by an idiot who feared the government was coming for his guns. Last week a wacko who believed Dr. Tiller ran a murder mill, walked into a church and assassinated the doctor. And now, just yesterday, only minutes after Limbaugh said Obama didn’t have a birth certificate, a man who believed this, walked into the Holocaust Museum and murdered a security officer.

Now, there is no reason to assume these murderers were directly motivated by the shock jocks, but I don’t think you can argue that they are fanning the fires of hatred and paranoia in America. Reading the news this morning, I read that today was the anniversary of the execution of Timothy McVeigh. I immediately wondered if 88-year-old, James W. von Brunn, was planning on attacking the museum today, but was “inspired” somehow to do it yesterday. It may have been Rush’s words. Who knows?

At least Fox News’s Shepard Smith acknowledged something was going on yesterday. Watch this news clip from moments after yesterday’s shooting:

I applaud Shep for saying this. Unfortunately he did not take it one step further and acknowledge his network’s culpability in this mess.

Let me be clear, I support freedom of speech. However, the same people who claim that music can inspire cop killings, the treatment of women, and influence the Columbine shootings, must apply the same standards to themselves. They must take responsibility for their words.

I also understand the best way to increase a show’s ratings, is to get some free publicity. It is no coincidence that David Letterman’s “controversial” remarks about the Palins, was planned to take media attention away from Conan O’Brien. The same applies to Limbaugh. Since Obama was elected, he has been a pro at getting in the media spotlight. Hell, I’m talking about him now. But how much further will this go? When will Rush, and his ilk, assume accountability for the actions of their myrmidons? When will they stop defending themselves and vehemently condemn these types of crimes, before they occur?

June 11, 2009 Quote of The Day
Recent Comments
0 | Leave a Comment
"Marriage can be a religious if you choose it to be. In reality it is ..."
4th and Main Mike Huckabee: Ignoring the Supreme Court ..."
"Huh?"
Jim Jones Why I Am Proud to Be ..."
"The fool says in his heart: I am in the mood for Mexican - let's ..."
a_b704 Richard Dawkins Is NOT An Atheist!
"Yes. All you have to do is observe and document the various behaviors of social ..."
evodevo Original Sin and the Origin of ..."
Browse Our Archives
get the latest from
Nonreligious
Sign up for our newsletter
POPULAR AT PATHEOS Nonreligious
1 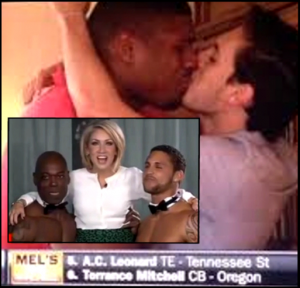 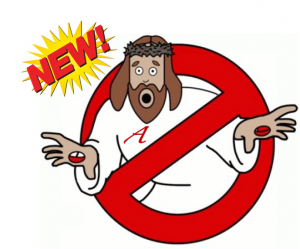