Can You Trust A Presidential Candidate Who Does Not Fear Hell?

Can You Trust A Presidential Candidate Who Does Not Fear Hell? April 27, 2015 Richard Haynes 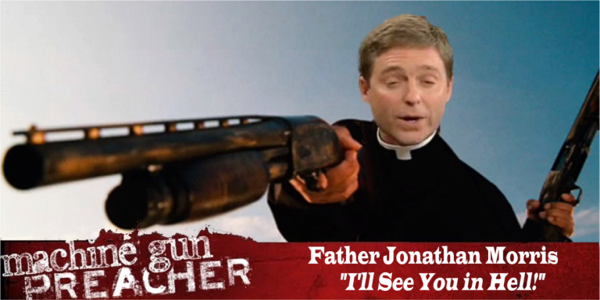 I will be the first to admit that there are many great and trustable people who happen to be theists. In fact, at the risk of sounding like the “I’ve got a black friend argument,” some of my closest friends are true believers.

In my experience, religious belief has little to do with the trustworthiness of an individual. I, like many of you, have had some horrible encounters with those who claim to have a personal relationship with Jesus. However, I have had similar encounters with atheists as well. Sure, at least the Christian is commanded to ask for forgiveness, but, for the most part, it is the same people who break your trust over and over again.

Based on this, I was saddened (but not surprised) to hear Jonathan Morris (priest and Fox News correspondent) say that those who do not fear eternal punishment cannot be trusted.

Here is the video:

Side Note: I could not agree more with Morris when he said that what really matters is “what these guys said before they were running for President.”

Putting the crusades, inquisition, and witch burning aside, think of the atrocities perpetrated in the last 100 years alone by those who claimed to be among God’s faithful.

Even if we limit it further to those who share the same faith of Father Morris, did the scores of priests who raped hundreds of children fear eternal judgment? Did they believe that their being able to receive forgiveness, gave them a “get out of hell free” card?

Let’s put this silliness behind us, and recognize that Cormac McCarthy had it right when in No Country for Old Men, he wrote:

“It takes very little to govern good people. Very little. And bad people can’t be governed at all. Or if they could I never heard of it.”

Paraphrasing someone who would have been on both my black friend, and Christian friend list, I would say: “I have a dream that we will someday live in a nation where people are not judged by the color of their skin, or by the profession of their faith, but by the content of their character.”

April 28, 2015 The Gideons did not rush Bibles to Nepal. They were already there.
Recent Comments
0 | Leave a Comment
Browse Our Archives
get the latest from
Nonreligious
Sign up for our newsletter
POPULAR AT PATHEOS Nonreligious
1