Original Sin and the Origin of Morality

Original Sin and the Origin of Morality January 11, 2016 Richard Haynes 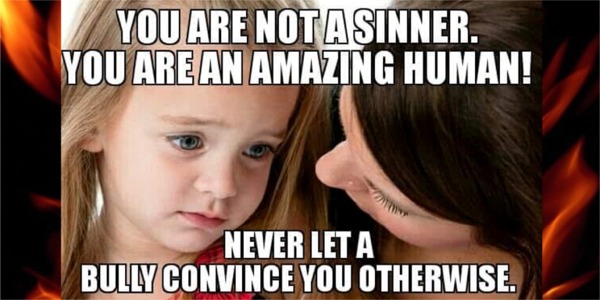 The concept of “original sin” is possibly the most wicked doctrine of traditional Christianity. The very thought that a newborn is innately evil, and therefore condemned to an eternity of torture, is (pardon the pun) unforgivable. It stems from the—not so new—creationist question concerning the origins of morality.

In the post, “How Religious Beliefs Can Threaten Progress and Perhaps Our Existence,” I wrote extensively on how god(s) inhabit the edges of our understanding, and in “The Universe Should Be More Awe-Inspiring to an Atheist,” I wrote about how these same god(s) “have been chased down the rabbit hole of history as the light of science has exposed their darkness.” Therefore, I will not waste your time rehashing these arguments here. However, please read them if you have not (or if you need a refresher).

That being said, I want to bring your attention to an article written by Paul Bloom (Yale University’s Brooks and Suzanne Ragen Professor of Psychology, and author of the great book, Just Babies: The Origins of Good and Evil) for New Republic.

Bloom provides strong and effective clarifications for the origins of morality, and  explains how all “moral design” arguments are simply variations of these three points:

1. Darwinian theory predicts that everything we do is in order to spread our genes.

2. We act in ways that don’t spread our genes.

Bloom writes that even though contemporary biologists like Francis Collins (the head of the National Institutes of Health) have defended moral design, the argument itself is as old as the theory of natural selection itself. Alfred Russell Wallace believed that the evolution of the physical body could be explained “through the parsimonious and utilitarian forces of survival and reproduction, but he worried that explaining our mental lives requires something more.”

Natural Selection could only have endowed the savage with a brain a little superior to that of an ape, whereas he actually possesses one but very little inferior to that of the average members of our learned societies.

Wallace believed that an:

Overruling Intelligence has watched over the [laws of evolution], so directing variations and so determining their accumulation, as finally to produce an organization sufficiently perfect to admit of, and even to aid in, the indefinite advancement of our mental and moral nature.

Bloom conveys that Thomas Jefferson got it right when he wrote to a friend:

The moral sense, or conscience, is as much a part of man as his leg or arm. It is given to all human beings in a stronger or weaker degree, as force of members is given them in a greater or less degree. It may be strengthened by exercise, as may any particular limb of the body.

Further, Bloom argues that there is a “growing body of evidence” which suggests that evolution has empowered babies with distinct moral aptitudes which include:

Bloom’s article is definitely worth reading (especially if you are a parent). The idea that human morality is nothing more than a “divine gift” is much more than just bad science. It is at the heart of the before mentioned doctrine of “original sin.” It is used to justify corporal punishment, and is the catalyst that instills the fear of hell within guiltless children. By defending explaining the true origins of morality, we not only win the debate, we become advocates for innocent children.

January 13, 2016 Talks at Google: Richard Dawkins and the Best Argument for God
Recent Comments
0 | Leave a Comment
Browse Our Archives
get the latest from
Nonreligious
Sign up for our newsletter
POPULAR AT PATHEOS Nonreligious
1

The Two Factions Forming in the...
Roll to Disbelieve
Related posts from Brother Richard's Life Without Faith