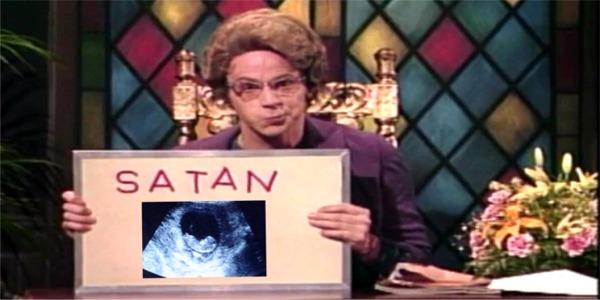 It’s a new year, but some things never change.

While some of us are already struggling to keep our new year resolutions to eat better and exercise more, others have found evidence that 2016 will be the year the world ends.

No, I’m not talking about the consequences of The Donald winning the White House, I’m referring to the rise of the antichrist (okay, maybe that is Trump).

Late last week, Reddit user, luigivampa-over9000, posted a link this Imgur pic with the words, “A friend’s ultrasound. When you see it…” 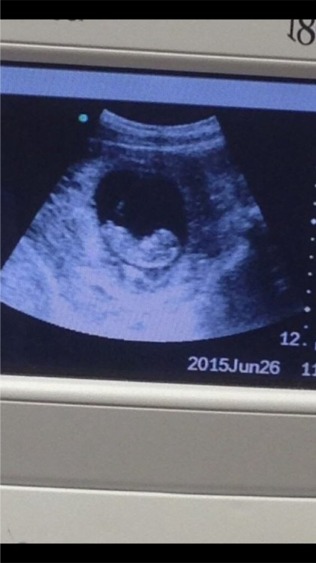 Here. Let me zoom in a bit and adjust the color for you. 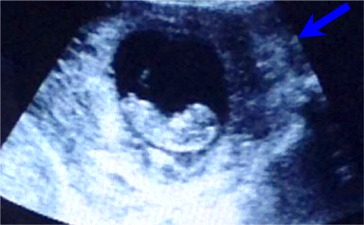 Now, I could point to how this is a perfect example of pareidolia (the psychological phenomenon that explains how our minds interpret the patterns we perceive in images and sounds). Case in point, while some have declared the above image to be a mermaid, or the Hindu god Ganesha, Westerners tend to see an altogether different entity.

In honor of the latter, let’s key the Omen soundtrack.

December 24, 2015
Call Me A Christmas Loving Atheist
Next Post

January 6, 2016 Jeb Bush Must Publicly Support or Condemn Pat Robertson
Recent Comments
0 | Leave a Comment
"Marriage can be a religious if you choose it to be. In reality it is ..."
4th and Main Mike Huckabee: Ignoring the Supreme Court ..."
"Huh?"
Jim E Jones Why I Am Proud to Be ..."
"The fool says in his heart: I am in the mood for Mexican - let's ..."
a_b704 Richard Dawkins Is NOT An Atheist!
"Yes. All you have to do is observe and document the various behaviors of social ..."
evodevo Original Sin and the Origin of ..."
Browse Our Archives
get the latest from
Nonreligious
Sign up for our newsletter
POPULAR AT PATHEOS Nonreligious
1